After dinner, a mother and her son were talking about the son’s job. The son blurted out, “What a pity! If my dad were still alive, he would surely find me a good job.” When the mother heard this complaint, she had a sour taste in her mouth. She had so much to tell her son long ago, but she didn’t know where to begin. After a moment, the mother said sincerely, “My child, don’t be worried. I will tell you a story of two college graduates.” 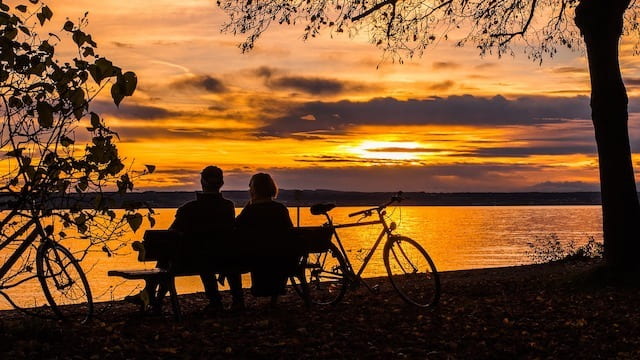 In the late 1980s, Zheng Qiang and Zhou Hongxia, who were previously a thousand miles away from each other, entered the same normal university. Zheng Qiang was a talented boy, who was the university propaganda chief, and Hongxia was an honest and simple girl. When they were leaving university, they fell in love with each other. But Zheng Qiang’s parents disagreed, for they despised Hongxia for her poor family. Even so, they two still stayed together over the objections of his parents. After their graduation, they were assigned to the same township middle school of Zheng Qiang’s hometown. One year later, they got married. Zheng Qiang’s parents gave them a little money to buy household wares. They lived a poor but happy life.

Two years later, their child was born. Their financial pressure became heavier. So Zheng Qiang had a daring idea: My salary is very low, and I might as well transfer to public security organs so as to make more money. Hongxia agreed to his proposal at once. Then they began to make plans. They exploited connections and borrowed money to send gifts. However, all this was in vain.

They were not willing to give up. They thought: Why not transfer to the key senior high school in the city? The pay for remedial lessons there is high and other benefits are also good. And we have a relative who can help us. Later, with the relative’s efforts, their attempt was at last at an end, and the condition was that Zheng Qiang’s headmaster agreed to let him go. Zheng Qiang was very pleased at this result. But he thought it to be too simple. The headmaster didn’t agree because Zheng Qiang was the backbone of the school. No matter how many good words they said, the headmaster didn’t allow him to leave the school. The couple got upset at this. They could have succeeded, but the point was that they didn’t have the headmaster’s permission. Alas! They had to wait for the Heaven to give them a chance.

At this point of the story, the mother stood up and went to fetch two red college diplomas and passed them to the son. The son was stunned, and then realized that his mother was telling her own story. The son’s eyes became moist. He looked up at his mother, whose hair had turned grey, and said, “Mom, I see. I didn’t imagine you had lived so hard. That’s just the fate of my dad.” The mother nodded, and took out the book of God’s words. She turned to a page, and said to her son, “My child, read this passage of God’s words.” The son took the book and read, “Besides birth and childrearing, the parents’ responsibility in a child’s life is simply to provide him or her with a formal environment to grow up in, for nothing except the predestination of the Creator has a bearing on a person’s fate. No one can control what kind of future a person will have; it is predetermined long in advance, and not even one’s parents can change one’s fate. As far as fate is concerned, everyone is independent, and everyone has his or her own fate. So no one’s parents can stave off one’s fate in life or exert the slightest influence on the role one plays in life. It could be said that the family into which one is destined to be born, and the environment in which one grows up, are nothing more than the preconditions for fulfilling one’s mission in life. They do not in any way determine a person’s fate in life or the kind of destiny amidst which a person fulfills his or her mission. And so no one’s parents can assist one in accomplishing one’s mission in life, no one’s relatives can help one assume one’s role in life” (“God Himself, the Unique III”). “When one leaves one’s parents and becomes independent, the social conditions one faces, and the kind of work and career available to one are both decreed by fate and have nothing to do with one’s parents. Some people choose a good major in college and end up finding a satisfactory job after graduation, making a triumphant first stride in the journey of their lives. Some people learn and master many different skills and yet never find a job that suits them or find their position, much less have a career; at the outset of their life journey they find themselves thwarted at every turn, beset by troubles, their prospects dismal and their lives uncertain. Some people apply themselves diligently to their studies, yet narrowly miss all their chances to receive a higher education, and seem fated never to achieve success, their very first aspiration in the journey of their lives dissolving into thin air. Not knowing[d]whether the road ahead is smooth or rocky, they feel for the first time how full of variables human destiny is, and so regard life with hope and dread. Some people, despite not being very well educated, write books and achieve a measure of fame; some, though almost totally illiterate, make money in business and are thereby able to support themselves…. Regardless of differences in ability, IQ, and willpower, people are all equal before fate, which makes no distinction between the great and the small, the high and the low, the exalted and the mean. What occupation one pursues, what one does for a living, and how much wealth one amasses in life are not decided by one’s parents, one’s talents, one’s efforts or one’s ambitions, but are predetermined by the Creator” (“God Himself, the Unique III”).

After he read these words, the mother said, “My child, from God’s words we can see that everyone’s fate is actually controlled by God’s hands. Everyone’s birth and growth, the family circumstances in which he grows up, and the job he will find when he grows up have been predestined by God. You’d thought that if your dad were alive, he could find you a good job. It is really not so. God has painstakingly arranged for everyone the job he will find and the fate he will have, and his parents can’t decide his job. Just like your father, he once had too many dreams and strove for them, but his dreams failed to come true. So this is our life course God predestined, and is also decided by God’s authority. No one can change this. Some people find a good job with the slightest effort, while some just can’t find any good job though they have taken great pains and sought personal connections, and they get exhausted and distressed. My child, we have believed in God. We know everything is in God’s hands. Don’t rely on your own ability to seek a job like your father. We should rely on God and have a heart of submitting to His sovereignty and arrangements. We should believe that God’s arrangements are the most suitable for us….” God’s words and the mother’s words touched the son’s heart. Smile gradually appeared on his face. He knew what the words of God his mother let him read mean. It could be seen that he approved and appreciated these words.

After a period of time, the son found a job in another place. Before his departure, the mother said to him again, “My child, you should remember our fate is controlled by God. The social conditions you will face and your job and career are all arranged and predetermined by God.” The son held his mother’s hands and said with a smile, “Mom, don’t worry about me. I will remember the words you told me to read. I’ve committed my work and everything to God, because God’s arrangements are the best.”

A Post-90s Couple’s Secret Of Togetherness

God’s Word Untied The Knot In My Heart

I Finally Have A Warm Family – God’s Love

The Sovereignty of God

Free From Anxiety, How Blessed She Is 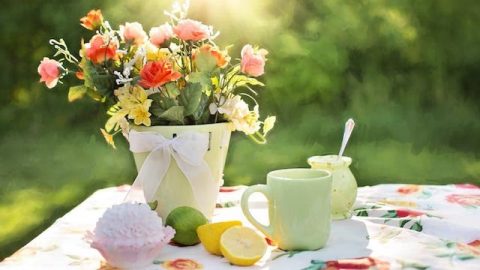 Son, Mom Waits for You to Come Home for Dinner, Whether You Do Well in the Exam!

Don’t Panic! We Can Pray to God

The Ups and Downs of My Life

God's Word “God Presides Over the Fate of All Mankind?” (Excerpt, Stage Version)
God created this world, created this mankind, and even more founded the culture of ancient Greece and the civilization of mankind.

God Creates the Miracle of Life
Almighty God is an all-powerful physician! Through this matter, I have experienced that God using His extraordinary authority created the miracle of life.