All Power Is Given to Me in Heaven and in Earth. A Commentary on Matthew 28:18

And Jesus came and spoke to them, saying, All power is given to me in heaven and in earth.

After Jesus’ resurrection, He said these words to His disciples. From His words, we can see that Jesus has overcome death and Jesus is God Himself.

Christians know that Jesus’ resurrection is of the utmost importance to us, but what’s the significance of His appearance after His resurrection. God’s words say, “The first thing that the Lord Jesus did after His resurrection was to allow everyone to see Him, to confirm that He exists, and to confirm the fact of His resurrection. In addition, it restored His relationship with the people to the relationship He had with them when He was working in the flesh, and He was the Christ they could see and touch. This way, one outcome is that the people had no doubt that the Lord Jesus had been resurrected from death after being nailed to the cross, and there was no doubt in the Lord Jesus’ work to redeem mankind. And another outcome is that the fact of the Lord Jesus appearing to people after His resurrection and allowing people to see and touch Him firmly secured mankind in the Age of Grace. From this time on, people could not return to the previous age, the Age of Law, because of the Lord Jesus’ ‘disappearance’ or ‘desertion,’ but they would continue forward, following the Lord Jesus’ teachings and the work He had done. Thus, a new phase in the work in the Age of Grace was formally opened up, and the people who had been under the law formally came out from the law from then on, and entered into a new era, with a new beginning. These are the manifold meanings of the Lord Jesus’ appearance to mankind after the resurrection.” After reading these words, I got a little understanding. Jesus was in the flesh before the resurrection, but appeared to people in a spiritual body. At that moment, Jesus had transcended the limitations of the flesh. To His disciples, Jesus’ spiritual body was so mysterious and perplexing for them. It would create distance between the Lord Jesus and His disciples. Jesus was clear about man’s mentality and needs. On one hand, He appeared to His disciples for 40 days after His resurrection, which made them believe that Jesus indeed resurrected from death and He is indeed the incarnate God, the Christ. On the other hand, He had opened up a phase of the work in the Age of Grace, and led the people to come out from the law, and enter into a new era, so that the disciples’ confidence could be strengthened. Therefore, they started to testify for Jesus and spread the gospel of Jesus’ salvation to the very ends of the universe.

• What Is the Relationship Between God and Jesus Christ? 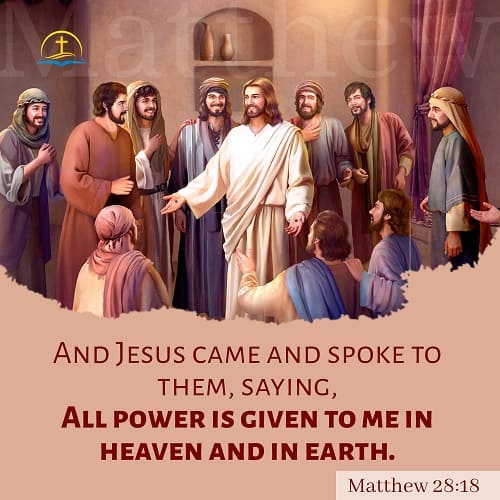 Let No Corrupt Communication Proceed Out of Your Mouth. A Commentary on Ephesians 4:29

I Am the Vine, You Are the Branches. A Commentary on John 15:5

God’s authority of sovereignty over all things allows man to see a fact: God’s authority is not only embodied in the words “And God said, Let there be light,

God’s Authority (II) Today we will continue our fellowship about the topic of “God Himself, the Unique.” We have already had two fellowships on this s…
3:40

In a vast cosmic sky filled with stars, planets collide, and a series of complex processes give birth to new planets. What secrets are contained within?