You are here:Home » Christian Testimonies » Inspiration for Life » How She, Who Bitterly Pursued Wealth, Put Aside Money

Time flying, there came the yearly selling season of winter clothes, which was the best season of the year for every clothing seller to earn big money. In the past few years, Xinyue would hire another house next to her store to sell down jackets for a local strip mall, and the business was very popular. Because she was in charge of the businesses in the two stores, she was always in a dreadful rush, but to make more money, she never minded no matter how busy or tired she was. Now was once more a good chance to sell down jackets, and the boss of the mall had called her many times and urged her to stock quickly. Xinyue felt a battle raging in her heart. At this time of the previous years, she knew she would be so busy that she was hardly able to stop, like a fully wound clock; she would be suffering from physical fatigue, and sometimes she would be almost unable to prop herself up. But thinking that she would have a comfortable income in the short span of two or three months, she’d be unable to help herself and then devote herself to the new business. But now she was a believer in God, and knew it was Satan’s trick to make her pursue only wealth, and that if she went on living like before, she would again be sucked into the vortex of money. However, facing this opportunity of getting money, she was stirred. The struggle in her heart was so fierce that she couldn’t fall asleep all night long.

For that, she often came to God and entrust her thoughts and conflict in her heart to God. Later, she thought of what the Lord Jesus said, “For what is a man profited, if he shall gain the whole world, and lose his own soul? or what shall a man give in exchange for his soul?” (Matthew 16:26). That’s right. I was rushing about all day long, and I’ve had my body harmed badly. Why haven’t I awakened from the misguided way? At the thought of this, Xinyue realized that her heart really had been blinded by money, for once there was a suitable environment for her to make big money, she would be disturbed by it. Just like this time when the boss constantly rang her and prompted her to buy stock, she struggled over and over and almost be sucked into the vortex of money again. At this moment, two scenes appeared in her mind: In one scene, she lay beside a pile of money but was so tormented by the illness that she even had no strength to turn over; in the other scene, she and her brothers and sisters gathered together joyfully, she found herself living in a free world and she was very liberated. Therefore, she chose to forsake the down jackets trade in this busy season and no longer ignored her own health to spare no pains making money like before.

However, it was not easy for Xinyue to extricate herself from the vortex of money because Satan’s rules of survival were too deep-rooted in her. In the blink of an eye, spring came. As the saying goes, “A year’s plan starts with spring.” So, in the past, Xinyue would think twice how to make a big profit on the shifting of seasons. She knew fashionable, colorful and cheap clothes to seize the market is the first secret of making a fortune in clothing business. At this time, Xinyue’s business partner went to her house to discuss going to buy stock in the large market in the south together. She said, “The clothes there are designed novelly and colourfully and the market prices are much lower than here. Just sell them at nearby market prices, and then we can earn some money.” When Xinyue heard what her partner said, she got excited, thinking, “Yeah. ‘Opportunity knocks but once.’ I’ll lose a good opportunity for making big money if I don’t make good use of the time.”

Just as Xinyue was making arrangements, she read these God’s words, “What occupation one pursues, what one does for a living, and how much wealth one amasses in life are not decided by one’s parents, one’s talents, one’s efforts or one’s ambitions, but are predetermined by the Creator.” “For one sees that when one does not comprehend fate, when one does not understand God’s sovereignty, when one gropes forward willfully, staggering and tottering, through the fog, the journey is too difficult, too heartbreaking. So when people recognize God’s sovereignty over human fate, the smart ones choose to know it and accept it, to bid farewell to the painful days when they tried to build a good life with their own two hands, instead of continuing to struggle against fate and pursue their so-called life goals in their own manner. When one has no God, when one cannot see Him, when one cannot clearly recognize God’s sovereignty, every day is meaningless, worthless, miserable. Wherever one is, whatever one’s job is, one’s means of living and the pursuit of one’s goals bring one nothing but endless heartbreak and irrelievable suffering, such that one cannot bear to look back. Only when one accepts the Creator’s sovereignty, submits to His orchestrations and arrangements, and seeks true human life, will one gradually break free from all heartbreak and suffering, shake off all the emptiness of life.”

God’s words woke her up in time and revived her spirit. She came to know, “How much wealth I’ll possess is predestined by God. It isn’t decided by my own efforts or desires. In the past, I didn’t know that God dominates my fate, and I always fought by my own efforts and lived according to Satan’s laws such as ‘Money makes the world go round.’ Again and again, money led me by the nose. In order to earn money, I paid no attention to my own health, and every day, I, surrounded with Satan’s lies and laws, couldn’t help rushing about, living without any value or meaning. It was God that saved me from the vortex of money little by little, but now I want to return to it. Shan’t I go back to live the miserable life again? Is it not too foolish of me?” At the thought of this, Xinyue came to God and prayed, “Oh God. Thank You for Your guidance and enlightenment. I’m wrong. I’m not willing to be busy earning money like before, nor am I willing to be fooled or harmed by Satan. I wish to give my time left to You to accept and obey Your dominion and plan.” After this prayer, her heart was no longer in great turmoil and she wasn’t hesitant. She considered that she was busy enough to manage the business in one store, and she was unwilling to exchange the overload of work and her own health for money. At this moment, she only hoped to entrust everything to God, and she was willing to submit God’s orchestrations and arrangements whether the business was good or not and the money she earned was more or less. 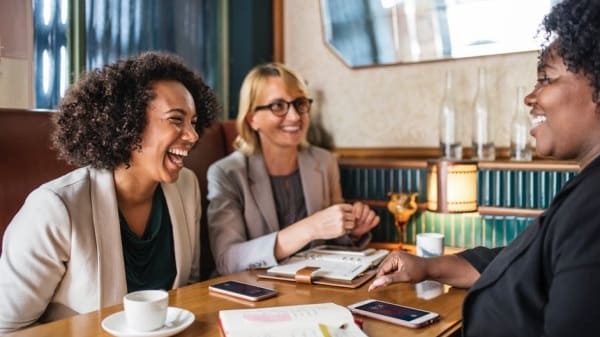 In order not to drag her feet in her church gatherings and performing her duty, she gave up her plan for going to the south for her stocks and instead chose to stock at nearby markets. However, to her surprise, she found that her income was not less than before after the season passed. Through her own practical experiences, she saw God’s almightiness and sovereignty and also God’s grace. Even more, she realized that how much wealth one owns in life is in God’s hands, that only when people come to God and worship Him can they attain God’s blessings and have a good destiny, and that only when they live by God’s words in their life will they not feel depressed any longer but live every day, delighted and relaxed.

In the following days, Xinyue spent more time in attending church meetings, fellowshiping about God’s words and spreading the gospel with her brothers and sisters. When she lived by God’s words in everyday life rather than by the rules of living from Satan, she felt the happiness that she never felt before. And smiles gradually appeared on her face, and her mental outlook became entirely new. Living under the authority of God, she felt relaxed and liberated and her family was again filled with laugher. Bit by bit, her legs were getting better and better, and she didn’t feel pain or limp like before when she walked. She was very grateful to God for His love and protection. It is God that has saved her from the vortex of money. Thanks be to God! All the glory be to God!

Maybe you also like to read: What Makes You Keep Chasing Money? 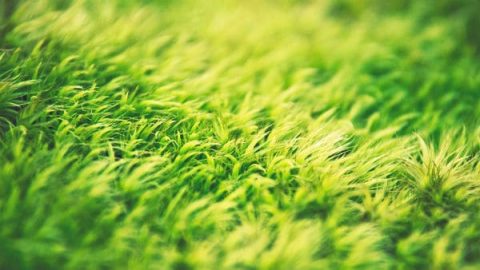 The Tenacious Life Force of the Little Grass Is Amazing

The Unknown Effects of Dandelion 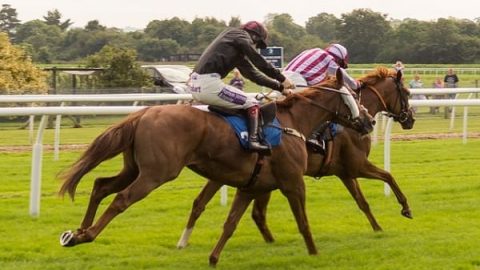 How God Changed Me: The Process of My Quitting Betting on the Horses Racing

Let Go of Ideal, and Obey God’s Sovereignty and Arrangements
Each of us seeks after ideals all our lives. But only after we undergo failures do we realize that a happy life comes from obeying God’s sovereignty and arrangements rather than ideals. 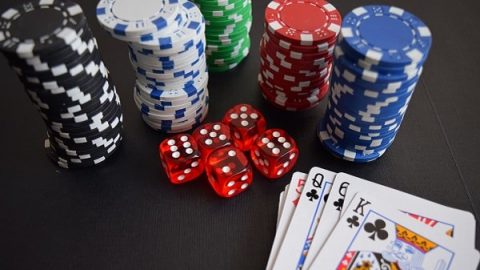 A Female Gambler’s Testimony: How to Quit Gambling
She once gambled to the extent that she often ignored affairs at home. She didn’t quit gambling even her child got sick and her husband often quarrelled with her for that. But later, she completely quit gambling and her husband trusted her to take care of his salary. How did she change?

Facing Up to Our Weakness Isn’t Silly
Gradually we’ll find that it is not silly to accept our weaknesses pointed out by others without explaining ourselves. In fact, that is the wisest.