Most people are familiar with the ark of Noah, because not only does the Bible record it, but because archaeologists also proved that it really does exist, as it was found in the valley of Mount Ararat in Turkey (which is the place Noah’s ark rests on).

Since Adam and Eve didn’t listen to God’s word, but listened to the enticements of the serpent and ate the fruit from the tree of the knowledge of good and evil, various corrupt satanic dispositions were planted in humans’ hearts. Mankind became more and more deeply corrupted by Satan. When it got to the time of Noah, the earth was filled with violence, evil and licentiousness. Mankind abandoned themselves to hideous depravity, and incited the wrath of God. The meaning of God’s creation of man in the beginning was lost. So God intended to destroy the deeply corrupted mankind with a flood. But this was not God’s original intention. God hoped that when people heard His words, they could abandon the evil acts in their hands, come before Him, and repent and confess to receive His forgiveness, so that they could continue living. Therefore, God called upon Noah to build an ark and preach the gospel, giving people of that time a chance to repent. 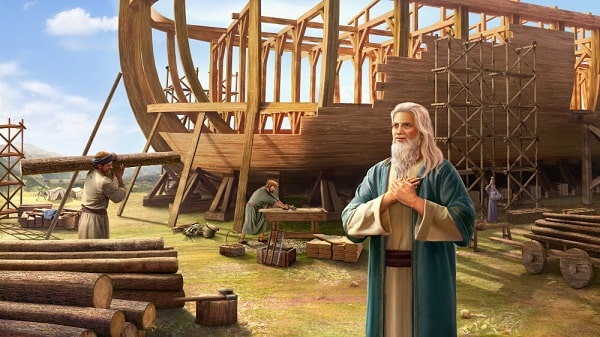 Noah firmly believed God’s words without any doubt. When he heard God’s commands, he obeyed God, accepted what God entrusted him with, took all his savings to build the ark and preached the gospel. During that period of time, no matter how great the difficulty and tribulation he encountered, he never shrank. He built the ark for 100 years and preached the gospel for 120 years. However, no one was willing to believe the gospel he preached and that God would destroy the world with a flood. On the contrary, people of that time all hurled invective at, ridiculed and slandered Noah, saying, “You are crazy. You’re stupid. The weather is so nice. How could there be a flood? You have such a good life to lead, why must you preach the gospel everywhere?”

People of that time lived in their own conceptions and imaginations. They didn’t believe what Noah said and thought that God wouldn’t do such things. They were not willing to repent in the presence of God, but still regularly ate, drank, enjoyed themselves, and lived in licentiousness and sin. They refused the gospel Noah preached and God’s salvation and resisted God according to their conceptions and imaginations. Seeing these scenes, God’s heart was in pain. But because of His righteous disposition, He had no choice but to destroy that degenerate and evil mankind. When the time came, He sent the flood, destroyed the mankind who didn’t believe in Him but disobeyed and opposed Him, and kept only Noah’s family of eight who were willing to listen to His words and obey Him.

Nowadays, the last days have already come. The Lord Jesus’ prophecies are being fulfilled one after the other. All sorts of disasters, such as famine, plague, earthquakes, floods, drought, wars, and so on, are happening more frequently. The earth is filled with violence. Murder, arson, raping and looting can be seen everywhere. In cities, karaoke parlors, foot massage centers, hotels, restaurants and ballrooms can be seen everywhere, which are filled with evil and immorality. People all live in wining and dining, indulge in the lust of their flesh, lose humanity, rationality, integrity and dignity, and have already put God and His teachings to mankind to the back of their minds. They’ve become even worse than people in the time of Noah. 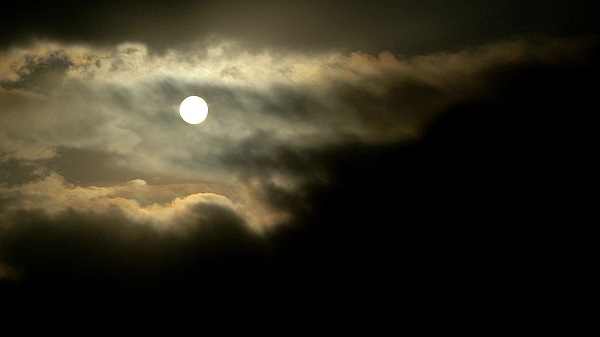 When I saw all these things, I couldn’t help remembering the words of the Lord Jesus, “But as the days of Noe were, so shall also the coming of the Son of man be. For as in the days that were before the flood they were eating and drinking, marrying and giving in marriage, until the day that Noe entered into the ark, And knew not until the flood came, and took them all away; so shall also the coming of the Son of man be” (Matthew 24:37-39). From the Lord’s words, I could see that two thousand years ago, He spoke this prophecy to warn mankind in the last days: when humans become as corrupt as people in the age of Noah, He will return. Now, no matter whether it is in cities, the countryside, or on all kinds of main internet platforms, everywhere we can hear people preaching the good news that the Lord has returned to save mankind in the last days. Just as the Lord Jesus said, “And at midnight there was a cry made, Behold, the bridegroom comes; go you out to meet him” (Matthew 25:6). “Behold, I stand at the door, and knock: if any man hear my voice, and open the door, I will come in to him, and will sup with him, and he with me” (Revelation 3:20). The Lord’s prophecies are being fulfilled one after the other and God’s work of saving mankind has never stopped. Those people who believe God’s words as soon as they hear them, in differing degrees, return before God and accept God’s salvation of the last days, while those who don’t believe God’s words, and still live in evil and corruption and enjoy the pleasures of sin, will certainly be destroyed by God in the end.

God’s intention in working is not to destroy mankind, but to do His utmost to save mankind. God hopes more people are able to listen to His words and come before Him to confess and repent their sins to gain His tolerance and mercy, so that they can survive the great disasters of the last days. Just like the people of Nineveh, from the king to the commoners, they prostrated themselves before God to confess and repent their sins with a true heart, so God tolerated and forgave them. From this, I see that God’s will toward mankind is always good and is more about love and salvation. So, in the present time of the last days, when God sees mankind is corrupt and evil, just like He used Noah in his time, He sends gospel messengers to preach the good news of the His return everywhere. People who are willing to believe in God and listen to God’s words will be saved by God and survive like Noah and the seven members of his family. But the fate of those who don’t believe God’s words will be the same as those who were drowned by the flood in the time of Noah.

Look back to the time of Noah: Because people were evil and corrupt, God destroyed that world with a flood. Then in the present, where we are in the last days, when we hear the sound of the Lord knocking, what kind of choice should we make?

• When Hearing the Message of Jesus’ Return, Should You Investigate or Directly Refuse It?

• Will the Lord Jesus Come as a Thief or Come Upon a Cloud?

• Preparing for Jesus Christ’s Return: First Know How He Knocks

Read these Bible verses about the great tribulation to learn God’s good intentions of saving mankind so that you will have a way forward during disasters.

It is recorded in the Bible that God once destroyed Sodom with brimstone and fire. As we can imagine, the scene must have been startling.

What are the signs of the end times prophesied in the Bible? What warnings do these signs give us? Read these Bible verses to learn more.

The Signs of the second coming of Jesus Christ have appeared. What does this tell us? Read this article to learn more.