The phrase “God loves the world” has been the golden saying of Christianity. Today, have we ever thought how the gospel entered China 200 years ago while enjoying the grace Jesus Christ has brought to us? The documentary Missionary Episode II Plant, real and moving, will tell us how the martyrs through the ages preached the gospel to China a virgin land, and how it bore an abundance of fruit.

Including three parts—plowing, seeding and rooted, the film tells us what sufferings and hardships the gospel of Christ went through to be spread step by step in China, an ignorant land.

Concerning the plowing of the gospel being spread in China, we can’t fail to mention Morrison the first missionary who came to China. His arrival brought great changes to China. For example: In 1818, the Anglo Chinese college was established, which set a precedent for the dissemination of Western education to China. In 1819, the translations of all books in the Bible were completed. In 1820, the first western dispensary was founded and it developed into the Canton Hospital later. In 1821, the Morrison chapel was established. In 1823, the Chinese–English dictionary was published, which was of great significance to the western studies of China. All of these brought China not only the turning point of belief but the beginning of the progress of culture and civilization. All these most historic events were from God’s promises.

And it is James Hudson Taylor who drove the gospel from the coasts further inland. At the age of 21, Taylor came to China. He served in China for the gospel for 56 years and finally he lay sleeping in this beloved land, alongside his wife and children. Taylor made great contributions to China. Just as his classical quotation says, “If I had a thousand pounds, China should have it. If I had a thousand lives, China should have them. No. Not China, but Christ. Can we do too much for Him? Can we do enough for such a precious Savior?” It is the holy love of Jesus Christ that has made such love of the missionaries, so that they could pay the prices in this way, suffering all hardships and willingly dedicating their lives to the gospel. Their spirit encourages every Christian who continues to walk on the path of preaching the gospel nowadays. Their deeds tell us: Even though we will face great difficulties in preaching the gospel, God is with us and God’s love accompanies us; we should walk forward without hesitation, because such a Savior is worthy of praise, and too worthy of being loved and testified by us.

Over 100 years after Morrison arrived in China, Christianity experienced trials and hardships, and gradually formed. The Christ’s gospel has taken root in China. Just as it is said in the film, “Christianity in China will never be like the shadow that passed through the Tang Dynasty or the wind that blew through the Ming and Qing Dynasties because it has become a faith for the Chinese people.”

What the film proclaims is God’s love and Christian’s spirit of dedication. The Lord says in the Bible, “Truly, truly, I say to you, Except a corn of wheat fall into the ground and die, it stays alone: but if it die, it brings forth much fruit” (John 12:24). In the past 200 years, the number of Chinese Christians increased from 0 to 10 in 1834, and to 170,000 in 1906 and to tens of millions until today. The seed of gospel deeply takes root in Chinese people’s hearts, and multiplies in the blood of numerous missionaries. The seeds have already died, leaving behind abundant fruit. 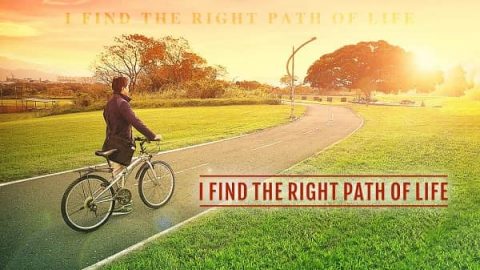 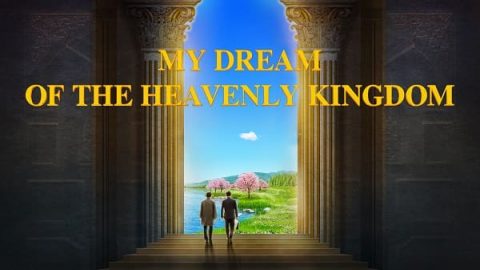