You are here:Home » Christian Testimonies » Inspiration for Life » God Has a Plan for Man: Plants That Can Heal the Sick

When I was a child, my next-door neighbor was an old doctor of traditional Chinese medicine and I always liked playing at his house. Every time I went to his home, I could detect the strong smell of herb before I entered the yard. As soon as I came into the yard, I saw herbs put on the walls, on the steps, and in the dustpans. I was so curious about them and asked: “Grandpa, these grasses seem to be very ordinary, why do you take them home?” He was grinding herbs at the same time as he pointed to all kinds of herbs and explained them to me with patience: “They aren’t ordinary grasses. You could never belittle them, of which the uses are inestimable. Look, this is Artemisia argyi, which could be used to repel mosquitoes, dispel cold, reduce the swelling, and cure rheumatism. This is Cirsium setosum, which could be used for stanching the bleeding, detoxification, and clearing heat. …” Listening to his words, I felt that these herbs were very miraculous. I never would have thought how valuable these ordinary plants by the roadside were.

When I was in primary school, my stomach often hurt because of not eating sensibly. My mother would stir-fry some Chinese red pepper, and crush them up. And then she made me have the soup that was added some pepper. I felt warmth in my stomach as soon as I had finished soup. Before long, the pain in my stomach disappeared.

I so frequently caught a cold in secondary school that I suffered from rhinitis and often had a blocked nose. When the illness became severe enough, it gave me a headache. And it was difficult for me to breathe when I was asleep. My condition did not improve after I took lots of Western medicines. Later, my mother unintentionally learned that magnolia flower and the stem of catnip that were boiled together could cure rhinitis. She wanted me to try it, but I harbored considerable doubts about it. I thought to myself: “I have taken medicines for so long, but my illness doesn’t improve at all. Can it cure my illness?” Therefore, I was unwilling to try it. However, the rhinitis made me feel very unwell; in addition, my mother persuaded me to have a try time after time. So I, with an attitude of making every possible effort, tried it for a month. I had not imagined that it became easy for me to breathe through nose and the pain in my head went off. I continued to take the medicine for another month. I was completely cured of my rhinitis and never suffered a relapse.

From then on, I felt in my heart of hearts that these plants were very good and very miraculous. I was also curious all the time: How could these ordinary plants cure diseases? Moreover, different plants can cure different diseases; the mix of several plants can cure many diseases. Who gave them the medical effects? I never found the answer all along.

Not until did I believe in God and read His word, I finally knew the secrets within. God says: “Among all things, whether it is animals, plants, or all kinds of grass, God also created some plants that are necessary to resolve harm or illness to the human body. What do you do, for instance, if you get burned? Can you wash it with water? Can you just find a piece of cloth somewhere and wrap it up? It might fill up with pus or get infected that way. What do you do, for instance, if you get scalded accidentally by a flame or by hot water? Can you flush it with water? For instance, if you get a fever, catch a cold, suffer an injury from physical work, a stomach ailment from eating the wrong thing, or develop certain diseases due to living habits or emotional issues, such as vascular diseases, psychological conditions or diseases of the internal organs—there are corresponding plants to cure all of these. There are plants that improve blood circulation to remove stagnation, relieve pain, stanch bleeding, provide anesthesia, help people recover normal skin, eliminate blood stasis in the body, and eliminate toxins from the body. In short, they can all be used in daily life. They are of use to people and have been prepared by God for the human body in case of need. Some of these were allowed by God to be inadvertently discovered by man, while others were discovered from certain special phenomena or by certain people prepared by God. Following their discovery, mankind would pass them down, and then many people would know about them. This way, God’s creation of these plants has value and meaning. In short, these things are all from God and were prepared and planted when He created a living environment for mankind. All of these things are very necessary. Doesn’t it show that when God created the heavens and earth and all things, His considerations were better thought out than those of mankind? When you see all that God has done, are you able to feel God’s practical side? God worked in secret. When man had not yet come into this world, before coming into touch with this mankind, God had already created all of this. Everything He did was for the sake of mankind, for the sake of their survival, and for the consideration of mankind’s existence, so that mankind can live in this rich and plentiful material world God prepared for them, and so that they can live happily, not having to worry about food or clothes, and not lacking in anything.”

God’s words released my years of confusion. It turned out that all of this was created and ordained by God. God created all things, and also created us mankind. Only God understands us best and knows what we need. So, before God created mankind, He had prepared everything: what we eat, use, and play, and something for people’s appreciation. And He gave plants the medical effects to help us alleviate sufferings, such as the Artemisia argyi which can dispel cold, reduce the swelling, and cure rheumatism, the Cirsium setosum which can be used for stanching the bleeding, detoxification, and clearing heat, and the mix of several herbs that also can cure disease. These herbs all do not produce an adverse reaction and also not do any harm to our body. How considerate God really is!

At that moment, I could not help but sigh: God is so wise, so almighty! It was God who gave herbs different effectiveness and allowed man to find their uses at the appropriate time. Their uses have been passed down and they have brought considerable benefits to us. The more I thought about this, the more I deeply felt that everything God created is too valuable and too meaningful! The purpose of God creating all these things is to serve us and He continues quietly to give us all in this way. God remains by our side, waiting and takes very good care of us. All God does for us humans reveals His concern and care for us. We unwittingly have received God’s great grace. We really are so happy. Thank God! All the glory be to God!

Maybe you also like to read: Revisit Hometown, Understand God’s Love in Creation

Tea Leaves Prepared by God Actually Have so Marvelous Effects 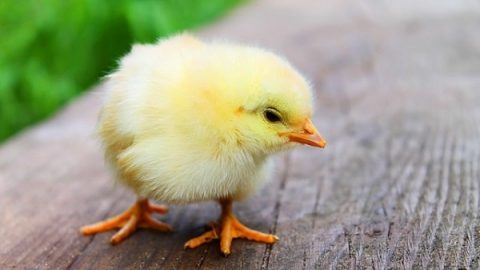 Do You Know Which Came First, Chicken or Egg? 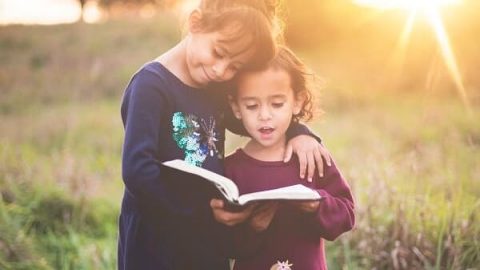 The Inspiration for Teaching Kids From God’s Words
God’s words guided me and kids to draw a beautiful picture and know His intention in creating all things. 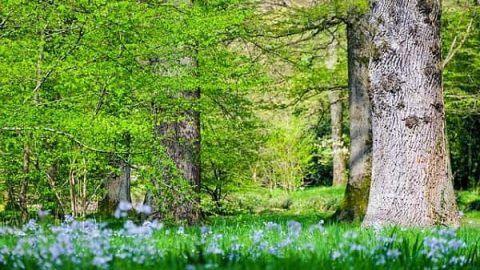 All the Roles Are Brilliant
Everyone is unique in God’s eyes, only differs in function, mission and roles. Thus, we make this world more wonderful.

The Unknown Effects of Dandelion
Growing on the roadside and in the field, the dandelion may appear to be a very common plant, but it is both edible and highly valuable medically. 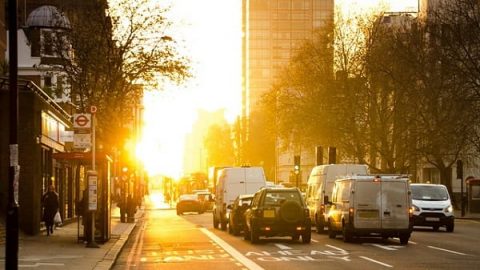 How Much of God’s Creating All Things Do We Really Know?
God created all things, and He supplies and manages them. When we follow the rules set by Him for all things can we survive.