You are here:Home » Bible Study Topics » The Incarnation » Corrupt Mankind Is More in Need of the Salvation of God Become Flesh

Why is it said that corrupt mankind is more in need of the salvation of God become flesh?

God became flesh because the object of His work is not the spirit of Satan, or any incorporeal thing, but man, who is of the flesh and has been corrupted by Satan. It is precisely because the flesh of man has been corrupted that God has made fleshly man the object of His work; moreover, because man is the object of corruption, He has made man the only object of His work throughout all the stages of His salvation work. Man is a mortal being, is of flesh and blood, and God is the only One who can save man. In this way, God must become a flesh that possesses the same attributes as man in order to do His work, so that His work might achieve better effects. God must become flesh to do His work precisely because man is of the flesh, and incapable of overcoming sin or divesting himself of the flesh. Though the substance and identity of God incarnate differ greatly from the substance and identity of man, yet His appearance is identical to that of man, He has the appearance of a normal person, and leads the life of a normal person, and those who see Him can discern no difference to a normal person. This normal appearance and normal humanity are sufficient for Him to do His divine work in normal humanity. His flesh allows Him to do His work in normal humanity, and helps Him do His work among man, and His normal humanity, moreover, helps Him carry out the work of salvation among man. Although His normal humanity has caused much tumult among man, such tumult has not impacted the normal effects of His work. In short, the work of His normal flesh is of supreme benefit to man. Though most people do not accept His normal humanity, His work can still be effective, and these effects are achieved thanks to His normal humanity. Of this there is no doubt. From His work in the flesh, man gains ten times or dozens of times more things than the conceptions that exist among man about His normal humanity, and such conceptions shall all ultimately be swallowed by His work. And the effect that His work has achieved, which is to say, the knowledge that man has toward Him, far outnumbers man’s conceptions about Him. There is no way to imagine or measure the work He does in the flesh, for His flesh is unlike that of any fleshly man; although the outer shell is identical, the substance is not the same. His flesh produces many conceptions among man about God, yet His flesh can also allow man to acquire much knowledge, and can even conquer any man possessed of a similar outer shell. For He is not merely a man, but is God with the outer shell of a man, and none can completely fathom or understand Him. An invisible and intangible God is loved and welcomed by all. If God is just a Spirit that is invisible to man, it is so easy for man to believe in God. Man can give free rein to his imagination, can choose whatever image he likes as God’s image to please himself and make himself feel happy. In this way, man may do whatever is most pleasing to his own God, and that which this God is most willing to do, without any scruples. What’s more, man believes that no one is more loyal and devout than he toward God, and that all others are Gentile dogs, and disloyal to God. It can be said that this is what is sought by those whose belief in God is vague and based on doctrine; what they seek is all much the same, with little variation. It is merely that the images of God in their imaginations are different, yet their substance is actually the same. 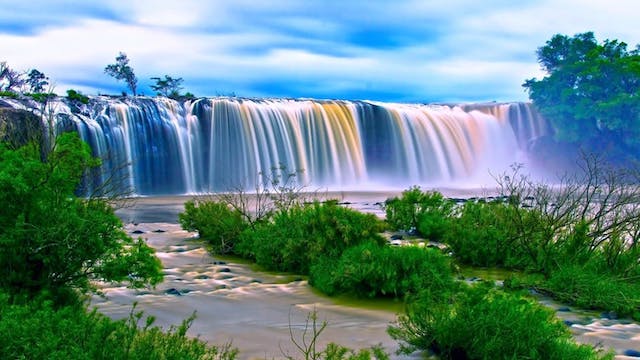 For all of those who live in the flesh, changing their disposition requires goals to pursue, and knowing God requires witnessing the real deeds and the real face of God. Both can only be achieved by God’s incarnate flesh, and both can only be accomplished by the normal and real flesh. This is why the incarnation is necessary, and why it is needed by all corrupt mankind. Since people are required to know God, the images of the vague and supernatural Gods must be dispelled from their hearts, and since they are required to cast off their corrupt disposition, they must first know their corrupt disposition. If only man does the work so as to dispel the images of the vague Gods from people’s hearts, then he will fail to achieve the proper effect. The images of the vague Gods in people’s hearts cannot be exposed, cast off, or completely expelled by words alone. In doing so, ultimately it would still not be possible to dispel these deep-rooted things from people. Only the practical God and the true image of God can replace these vague and supernatural things to allow people to gradually know them, and only in this way can the due effect be achieved. Man recognizes that the God whom he sought in times past is vague and supernatural. That which can achieve this effect is not the direct leadership of the Spirit, much less the teachings of a certain individual, but the incarnate God. The conceptions of man are laid bare when the incarnate God officially does His work, because the normality and reality of the incarnate God is the antithesis of the vague and supernatural God in man’s imagination. The original conceptions of man can only be revealed through their contrast to the incarnate God. Without the comparison to the incarnate God, the conceptions of man could not be revealed; in other words, without the contrast of reality the vague things could not be revealed. No one is capable of using words to do this work, and no one is capable of articulating this work using words. Only God Himself can do His own work, and no one else can do this work on His behalf. No matter how rich the language of man is, he is incapable of articulating the reality and normality of God. Man can only know God more practically, and can only see Him more clearly, if God personally works among man and completely shows forth His image and His being. This effect cannot be achieved by any fleshly man. Of course, God’s Spirit is also incapable of achieving this effect. God can save corrupt man from the influence of Satan, but this work cannot be directly accomplished by the Spirit of God; rather, it can only be done by the flesh God’s Spirit wears, by God’s incarnate flesh. This flesh is man and also God, is a man possessed of normal humanity and also God possessed of full divinity. And so, even though this flesh is not the Spirit of God, and differs greatly from the Spirit, it is still the incarnate God Himself who saves man, who is the Spirit and also the flesh. No matter what He is called by, ultimately it is still God Himself who saves mankind. For the Spirit of God is indivisible from the flesh, and the work of the flesh is also the work of the Spirit of God; it is just that this work is not done using the identity of the Spirit, but is done using the identity of the flesh. Work that needs to be done directly by the Spirit does not require incarnation, and work that requires the flesh to do cannot be done directly by the Spirit, and can only be done by God incarnate. This is what is required for this work, and is what is required by corrupt mankind. In the three stages of God’s work, only one stage was carried out directly by the Spirit, and the remaining two stages are carried out by the incarnate God, and not directly by the Spirit. The work of the law done by the Spirit did not involve changing the corrupt disposition of man, and neither did it bear any relation to man’s knowledge of God. The work of God’s flesh in the Age of Grace and the Age of Kingdom, however, involves man’s corrupt disposition and his knowledge of God, and is an important and crucial part of the work of salvation. Therefore, corrupt mankind is more in need of the salvation of the incarnate God, and is more in need of the direct work of the incarnate God. Mankind needs the incarnate God to shepherd him, support him, water him, feed him, judge and chastise him, and he needs more grace and greater redemption from the incarnate God. Only God in the flesh can be the confidant of man, the shepherd of man, the very present help of man, and all of this is the necessity of incarnation today and in times past. 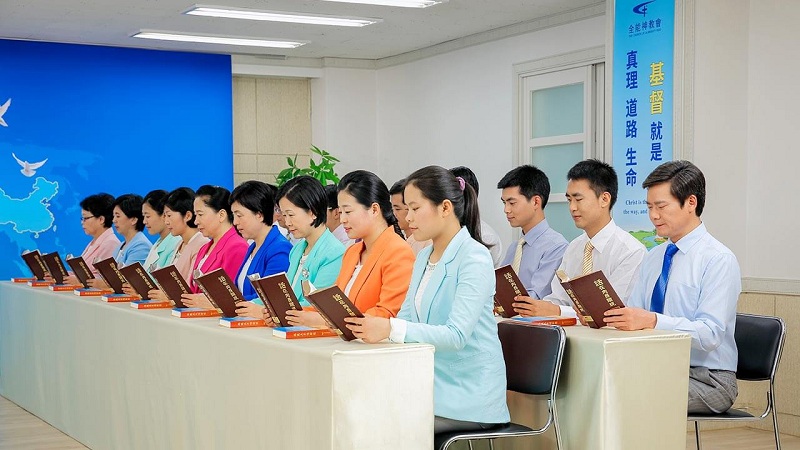 God's Word "The Mystery of the Incarnation (4)" You Must Know the Importance of God Become Flesh

The Essence of the Flesh Inhabited by God

God Incarnate Is Forever God in Whatever Family He Was Born
Fallacy: The CCP government claims Almighty God whom the believers of the Eastern Lightning believe in, also called Practical God, is an ordinary pers… 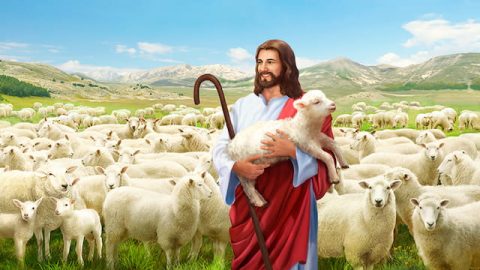