You are here:Home » Hot Spot Tracking » Revealing the Truth » How to Abstain From Laughing Gas?

A news titled “An Overseas Student Paralyzed After Laughing Gas Overdose, Why Is This Kind of Drug Popular in Foreign Countries?” suddenly appeared and attracted my attention. It was reported that a Chinese overseas student paralyzed after laughing gas overdose, which aroused my curiosity of what the gas was, and what kind of “power” it owned to paralyze the addict, so I searched some relevant information.

According to some related website, nitrous oxide, also known as laughing gas, a colorless, sweet-tasting gas, was firstly found by a British chemist Joseph Priestley in 1772. In 1799, the British chemist Davy Humphry found the anesthetic effect of nitrous oxide. The euphoric and relaxed effect would be created on human body upon inhaling it and caused the affected person to laugh, from which the name of laughing gas was derived. Actually, the laughing gas itself is not harmful to human body, but when integrating into the blood, it would cause an oxygen deficiency. Inhaling nitrous gas in long term would cause high blood pressure, faint, heart disease, even anemia, and damage the central nervous system and so on. Laughing gas overdose may cause people to die of suffocation because of oxygen deficiency.

Nowadays, the laughing gas has become a very popular trend. According to the latest Global Drugs Survey, laughing gas ranks the seventh among the global addictive substances of abuse.

In Seattle, America, the sale of “laughing gas balloon” becomes a common sight which could be usually found in tobacco shops, and inhaling laughing gas is quite popular among overseas students. A 25-year-old Chinese graduate student from Fuzhou city in America couldn’t move his feet and fell into a coma for a time after inhaling laughing gas more than two months. Though he survived after the rescue, the nervous system didn’t recover yet completely.

In March 2017, a woman in Zhejiang province hallucinated for laughing gas intake and thought someone wanted to kidnap her.

In July 2017, an 18-year-old Chinese student Liu in America was attacked by cerebral hemorrhage for over-exposure to laughing gas and stayed in America’s hospital for treatment, which cost him more than 200 thousand dollars; his girlfriend Yang was paralyzed for laughing gas intake. Finally, both of them were forced to give up the study in America.

There is still so much similar news. After reading the above news, I feel that the laughing gas is terrible. The most frightening thing is that the laughing gas is still not defined as the new-type drug by statute, and there is no strict management system to supervise it. In addition, the laughing gas could be bought quite easily by corporations or individuals without the restriction of quantity because it is a very common oxidizing agent, which promotes the mobility of this new-type substance. The fast and wide circulation of it aroused the worry from some people. However, more people have shown the interest in laughing gas, especially the youngsters who have already heard, seen, even experienced the bitter result caused by laughing gas but still are addicted to it. So, what is impelling them to inhale laughing gas even at the risk of their life?

For seeking the answer to this question, I read some of God’s words: “When someone goes into society now, do they encounter many temptations? Temptation is everywhere, and evil trends are filled with temptation. All manner of speech, views, ideologies, all the different lures and demonic countenances of all the different people—to you, all is temptation. If you have no truth equipped within you, if you have no real stature, if you are unable to see through these things, then to you they will all be pitfalls and temptations. … people cannot stand it, they cannot see through it, and they can be taken captive by Satan anytime, anywhere; people’s statures are this immature, this pitiful.”

“The devil Satan does these things in order to lure people, to cause them to degenerate. For those who live in virtual worlds, they have no interest whatsoever in anything to do with the life of normal humanity; they are not in the mood to work or study. They are only concerned about going to virtual worlds, as though they are being enticed by something. … This evil world uses all manner of ways to attract those who have not seen through the world, who have not seen through the evil trends of mankind. It specially lures these people. If you cannot often come before God, if your heart and your brain are often blank, then you will be in danger. … Young people are wont to go looking for excitement. They are so empty and bored and they don’t know what to do for the best.”

God’s words make me have a sudden crisis awareness to this phenomenon, and see that the temptations and traps are everywhere in the world dominated by Satan, all kinds of trends and ideologies, evil things fill every corner of the world, which are being taken advantaged by Satan to lure, harm and swallow up us. Such as laughing gas, it is mainly used in medicine as an anesthetic to take a certain good effect on humans, while it is becoming a new-type tool of Satan to corrupt and swallow up humans because of being used by some unscrupulous businessmen and people with ulterior motives. A trend “hit the balloon” arose from Satan is popular in society, and it entices people to pursue and yearn for the floating and befuddled feeling after inhaling laughing gas through the spread of all kinds of ideologies, such as “When you are in good times, enjoy yourself to the full” and “Enjoy your life and live in current time.” Young people are wont to go for excitement, illusion and the supernatural, and they are so empty and bored. For this reason, Satan arouses the trend of laughing gas to cater to their preferences and meet their desires. Under the influence of the trend, the young people start to try to inhale laughing gas, and are gradually controlled by Satan, falling into Satan’s traps of which they don’t have ambition to get rid and finally being destroyed and devoured by Satan. Such as the students and unemployed youth mentioned in above news, they just try to inhale laughing gas for excitement but later on are addicted to the illusion and excitement brought by laughing gas, and they finally turn into the paralyzed persons and even lose their life. Aren’t these all the consequences caused by Satan’s abuse of humans?

Nowadays, all sorts of drugs are popular across the world, and the amount of people inhaling laughing gas is expanding gradually, whose health and life are being destroyed continually. Facing the attack of the “laughing assassin,” what can we do to protect ourselves from Satan’s temptation and harm?

“At the same time as man accepting God’s life as their own life, they come to understand the truth, they grow roots, they gain the principles of what it is to be a human, they grow the roots they need to be a human, and they gain the direction they need to walk in to be a human. They no longer suffer the deception of Satan, are no longer deceived by evil people, no longer bound by Satan, no longer used by evil people, no longer polluted, besmirched, bound or seduced by evil trends. Man lives free between heaven and earth and they are released, no longer to be bound or to feel pain. There are no more difficulties, they live free, and they are able to live genuinely under the dominion of God, no longer to suffer harm by any evil and dark forces.”

From God’s words, I understand that it is due to lacking the truth and ability of discerning good and evil that we are trapped and ruined by Satan. The only way for us to shun Satan’s trap, no longer to suffer Satan’s harming and devouring is that we should come to God, read God’s words and strive to pursue the truth. Only when we have discernment of the heresies and fallacies and evil trends from Satan, see through all kinds of tricks and conspiracies of Satan, can we resist the temptations and corruption of various evil trends and things, no longer suffer harm from Satan.

To save and change the humans who had been deeply corrupted by Satan, God brings us lots of truths which not only reveal the origin of the corruption of mankind but also expose the evil essence and ugly countenances of Satan and point out the real path and direction of human life. As long as we can follow the footsteps of God’s work, gain truth as life from God’s words, we will no longer suffer deception and harm from Satan but live in a bright and good realm and enjoy the blessings from God.

Maybe you also like to read: A Chemist’s About-face After Believing in God

All Film and TV Works Are Satan’s Tricks, Do You Fall for It?

Reflection on A Pastor’s Suicide: How to Face Our Uncertain Lives?

How to Save Our Black Homelands?
Christian views on environment: A group of innocent children are happily painting their own homelands. But in the end the homelands they painted were black...

Analyzing “Comparison,” God’s Words Show a Path for Practice
Comparison - a psychological killer in modern society. How does it originate and how can it be solved? Take a look at what God’s word says. 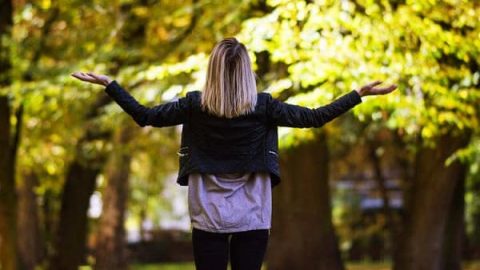 Throwing off the Shackles of Face and Status, I’m Free Again
Why do we still pursue face even if we feel tired to do so? How to get a free and liberated life? God’s word will lead us to find a true life.