7. “Those who can obey the truth and obey God’s work will all come under the name of the God incarnated the second time—the Almighty. All these people will be able to receive God’s personal leading, gain more and higher truths, gain the true human life, and see the vision that men of former times did not see: ‘And I turned to see the voice that spoke with me. And being turned, I saw seven golden candlesticks; And in the middle of the seven candlesticks one like to the Son of man, clothed with a garment down to the foot, and girt about the breasts with a golden girdle. His head and his hairs were white like wool, as white as snow; and his eyes were as a flame of fire; And his feet like to fine brass, as if they burned in a furnace; and his voice as the sound of many waters. And he had in his right hand seven stars: and out of his mouth went a sharp two edged sword: and his countenance was as the sun shines in his strength.’ (Revelation 1:12-16) This vision is the expression of all God’s disposition, and this expression of all God’s disposition is the very expression of the work of the God incarnated this time. In the torrents of chastisement and judgment, the Son of man expresses his original disposition in a way of uttering his voice and speaking, causing all those who accept his chastisement and judgment to see the true image of the Son of man. This image is just the true portrayal of the Son of man’s image that John saw. (Of course, those who do not accept God’s work of the Age of the Kingdom cannot see these at all.) God’s true image cannot be fully described by man in words. So, God reveals his real image before man in a way of expressing his original disposition. That is to say, all those who have experienced the original disposition of the Son of man have seen the real image of the Son of man, for God is so great that man cannot fully describe him in words.”

from “Preface” to The Word Appears in the Flesh

9. “Just because of these judgments, you see that God is a righteous God and God is a holy God; just because of his holiness and his righteousness, he judges you and pours out wrath upon you; just because he can reveal his righteous disposition when seeing man’s disobedience and can reveal his holiness when seeing man’s filthiness, it is sufficient to show that he is God Godself who is holy and unblemished yet lives in the filthy land.” 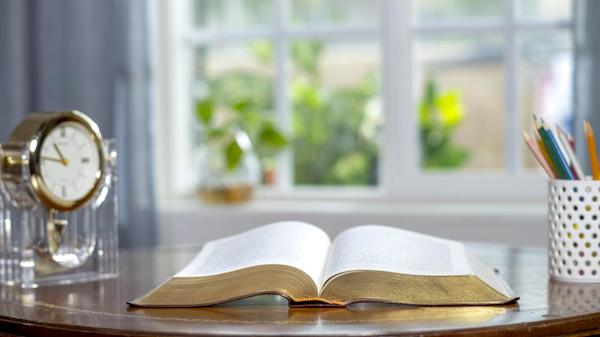 10. “The work of judgment is God’s own work. Of course, it has to be done by God personally. This work cannot be done by man instead. Because judgment is to conquer mankind with the truth, it is unquestionable that God still appears among men in his incarnate image to do this work. That is to say, the end-time Christ will teach people of every place with the truth and speak all the truths to them. This is God’s work of judgment. Many people feel very uncomfortable about God’s second incarnation, because people can hardly believe that God would be incarnated to do the work of judgment. But I still tell you, the work God does is often far beyond man’s expectation and is difficult for man’s mind to accept. This is because man is only a maggot on earth, whereas God is the supreme One filling the universe; man’s mind is like a pit of stinking water, which produces maggots only, whereas every stage of work directed by God’s thoughts is the crystallization of God’s wisdom. Man always wants to compete with God. Then I say that it is self-evident which side will suffer loss in the end. I advise everyone not to consider yourself more valuable than gold. Others can accept God’s judgment; why can’t you? How much higher are you than others? Others can lower their heads before the truth; why can’t you? God’s work is an irresistible trend. He will not repeat the work of judgment on account of your ‘merits.’ If you lose such a good opportunity, you will be heartbroken with regret. If you do not believe my words, you may wait for the great white throne in the sky to ‘judge’ you! You should know that all the Israelites rejected and denied Jesus, but the fact that Jesus redeemed mankind has still spread to the ends of the universe. Isn’t this the fact that God has accomplished long ago? If you are still waiting for Jesus to take you to heaven, then I say that you are an incorrigibly obstinate rotten wood. Jesus will not acknowledge such a false believer as you who is not faithful to the truth but only wants to receive blessings. On the contrary, he will mercilessly throw you into the lake of fire to be burned for tens of thousands of years.”

11. “As to the work of judging the corruption of man’s flesh, only the God in the flesh is most suitable to do it, and only the God in the flesh is most qualified to do it. If the Spirit of God judged directly, he could not deal with every aspect, and that would be difficult for man to accept, because the Spirit cannot come face to face with man. Simply because of this, it could not produce immediate results, much less cause man to see more clearly God’s disposition which is not to be offended. Only if the God in the flesh judges mankind’s corruption does it mean defeating satan thoroughly. Also being a man who has a normal humanity, the God in the flesh can directly judge man’s unrighteousness. This is a mark of his being originally holy and a mark of his being different from others. Only God is qualified and in a position to judge man. Because he has the truth and righteousness, he can judge man. One who has no truth and no righteousness is not qualified to judge others.”

12. “What God judges is mankind’s corrupt substance and man’s substance of being corrupted by satan. He judges all man’s sins but not man’s minor shortcomings. The work of judgment is representative. It is not a work done only for a certain person, but a work to judge a portion of people, which represents the judgment upon all mankind. The work done by the flesh is to work personally on a portion of people, which represents the working on all mankind, and then it will be spread progressively. This is also true with the work of judgment. It is not to judge a kind of people or a portion of people, but to judge the unrighteousness of all mankind, such as, man’s resisting God, not fearing God, disturbing God’s work, and so on. It is to judge mankind’s substance of resisting God. This work of judgment is the conquering work in the end time. The work and word of the incarnated God, which people see, is the work of judgment before the great white throne in the end time, which was in people’s notion before. The work the incarnated God does today is just the judgment before the great white throne. The incarnated God of today is the God who judges all mankind in the end time. This flesh and his work and word and all his disposition are his all. Although the work done by the flesh is limited in scope and does not directly cover the entire universe, as far as the substance of the work of judgment is concerned, it is to judge all mankind directly. It is not just for China or merely for a few people that he carries out the work of judgment. When the God in the flesh works, although the scope of his work cannot cover the entire universe, the work he does represents the work of the entire universe. And after he ends the work within the scope of his work in the flesh, he will immediately spread it to every place of the universe, just as the gospel was spread to every place of the universe after Jesus resurrected and ascended. Whether it is the work of the Spirit or the work of the flesh, it is done within a limited scope but represents the work of the entire universe. With the end-time work, God appears as the incarnated flesh to do it. The God in the flesh is the God who judges man before the great white throne. Whether he is Spirit or flesh, the One who does the work of judgment is the God to judge mankind in the end time. This is decided by his work, not by his appearance or several other aspects. Although people have notions about this, the fact that the incarnated God judges and conquers all mankind cannot be denied by anyone. No matter how people think of it, the fact is the fact. No one can say, ‘The work is done by God, but the flesh is not God.’ It is a fallacious saying, because this work cannot be done by anyone other than the God in the flesh.”

Why Did Jesus Christ, as God, Do His Work in the Flesh Not in the Spirit?
It was because of the need of mankind that God became flesh as Jesus Christ and came to the earth to do the work of redeeming mankind instead of working in the Spirit in the Age of Grace.