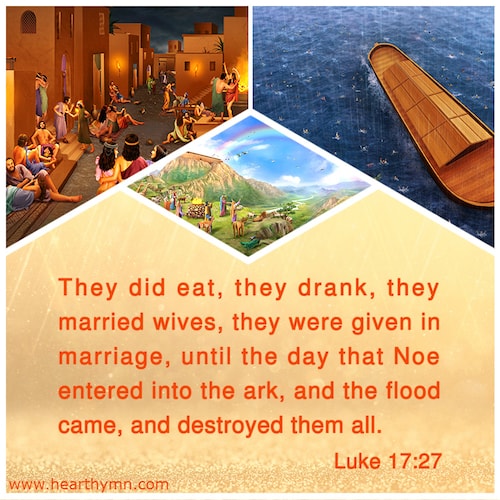 Bible Verse: They did eat, they drank, they married wives, they were given in marriage, until the day that Noe entered into the ark, and the flood came, and destroyed them all. – Luke 17:27

After reading Luke 17:27, I thought two passages of God’s words, “Look back to the age when Noah built the ark. Mankind were deeply corrupt, and they departed from God’s blessings, no longer had God’s care, and lost God’s promises, living in the darkness without God’s light. Then they all became extremely licentious and fell to the extent of being intolerable to the eye. Such mankind could no longer receive God’s promises and were unworthy to see God’s face and unworthy to hear God’s voice, because they abandoned God, discarded everything God bestowed to them, and forgot God’s words of instruction to them. Their heart became more and more distant from God. Subsequently, they became so fallen that they lost their sense and lost their humanity. They became more and more evil and then went toward death, falling into God’s wrath and into God’s punishment. Only Noah worshiped God and shunned evil. So he heard God’s voice and heard God’s charge to him. According to the charge of God’s word, he built an ark and took in every living creature. Then, after everything was ready, God began the work of destroying the world. At that destruction of the world, only the eight members of Noah’s family escaped the disaster and survived, because Noah worshiped Jehovah and shunned evil.

Then look at the present age. There is no more such righteous man as Noah who could worship God and shun evil. But God still treats this mankind graciously and still forgives this mankind of the final age. God is searching for men who thirst after his appearing, searching for men who can listen to his word, searching for men who do not forget his commission and offer up their body and heart for him, and searching for men who obey him and have no resistance toward him like a baby before him. If you dedicate yourself for God without being hindered by any force, then you will be one favored by God and will be one blessed by God. If you have a high position, have a high reputation, have a lot of knowledge, have a lot of property, or have the support of many people, but you still come before God to accept God’s calling and commission without being bothered by these things and do the things God asks you to do, then the things you do will be the cause which is the most meaningful in the world and the most just among mankind. If you refuse God’s calling for the sake of your position or your own aims, then everything you do will be cursed by God and even more be loathed by God. If you are a president, a scientist, a pastor, or an elder, however high your rank is, if you do your cause by your abilities and your knowledge, you will forever be a failure and forever be one having no blessings of God, because God will not accept anything you do, and he will not acknowledge that you are doing a just cause or recognize that you are working for the well-being of mankind. He will say that whatever you do, you are trying hard to push away God’s keeping for mankind by human knowledge and human power and are denying God’s blessings. He will say that you are guiding mankind to walk toward darkness, toward death, and toward the threshold of a boundless realm where mankind has no God and loses God’s blessings.”

from God Is Sovereign over the Destiny of All Mankind

The Alarm Of The Last Days Has Struck

God’s Blessing To Noah After The Flood

The Last Days | Micro Film “The Days Of Noah Have Come”

God Intends To Destroy The World With A Flood, Instructs Noah To Build An Ark

Matthew 5:3
“Blessed are the poor in spirit: for theirs is the kingdom of heaven.” (Matthew 5:3).

James 1:2–4
“My brothers, count it all joy when you fall inbto divers temptations; Knowing this, that the trying of your faith works patience. But let patience have her perfect work, that you may be perfect and entire, wanting nothing.” (James 1:2–4) 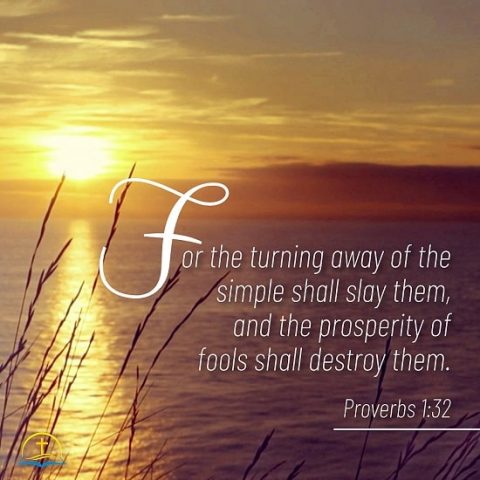 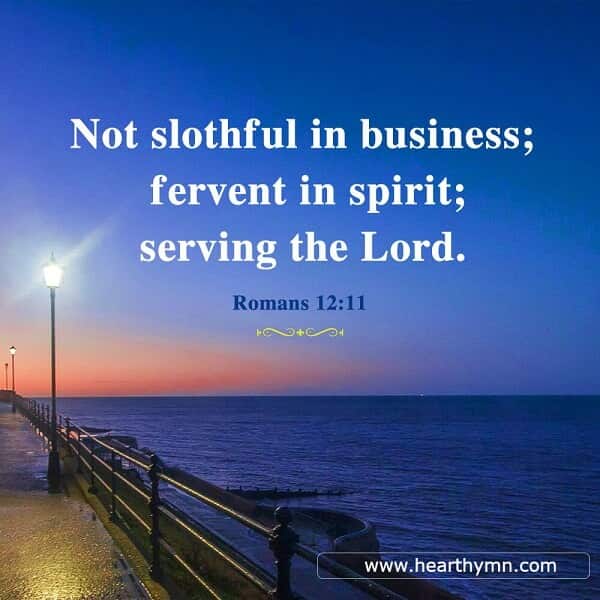 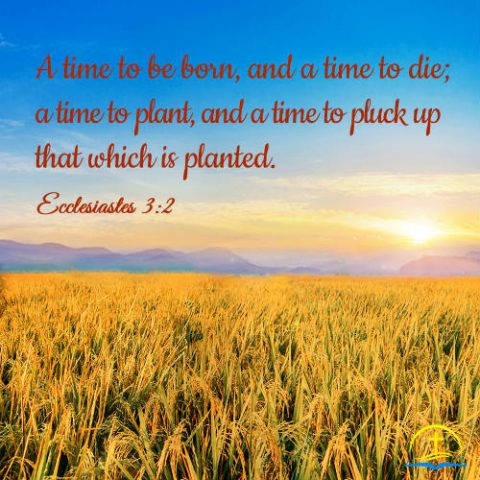 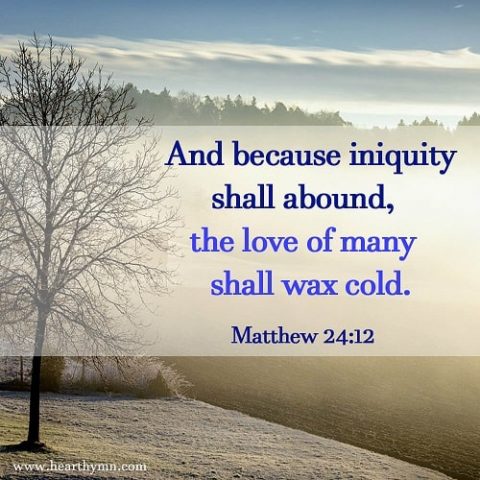 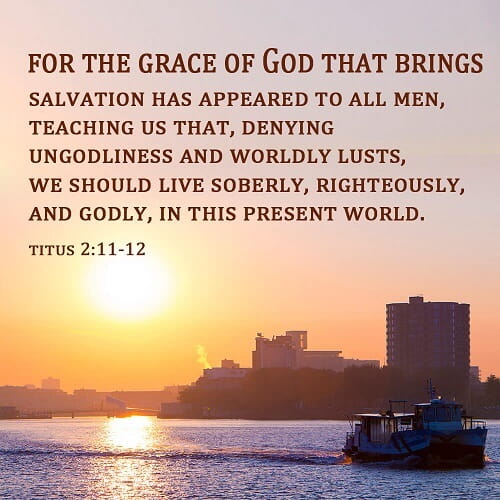 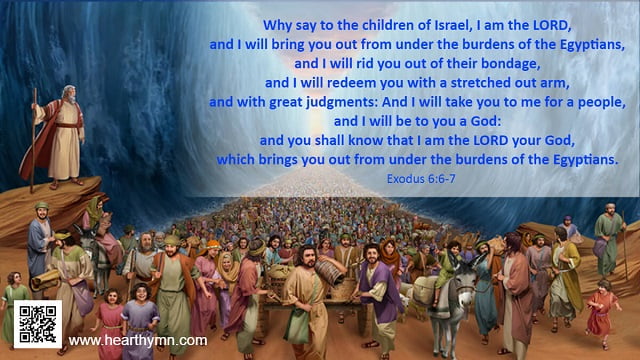 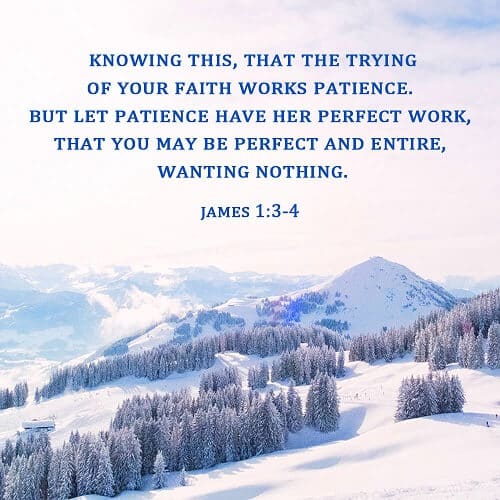 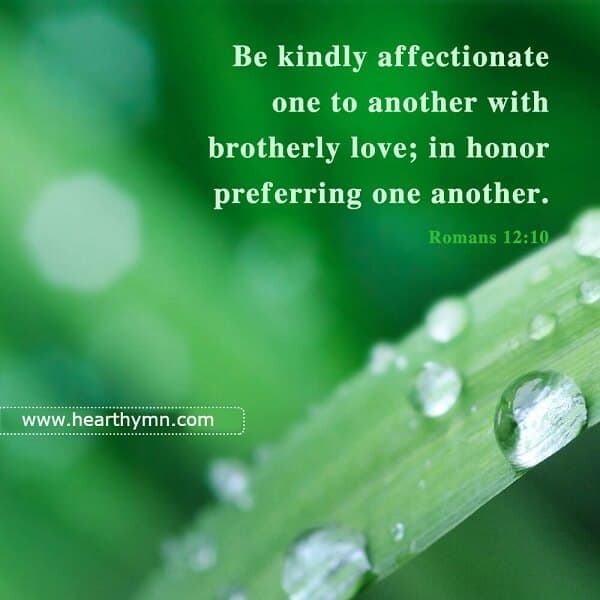 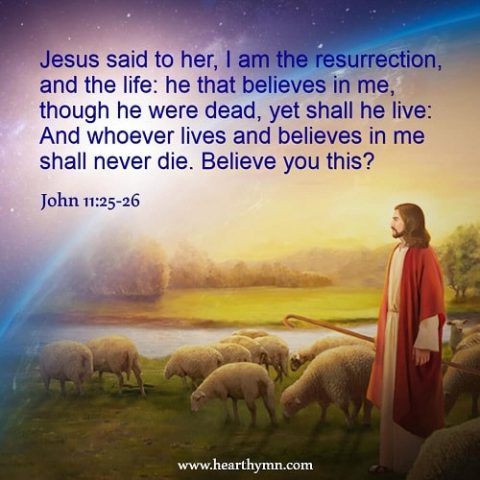 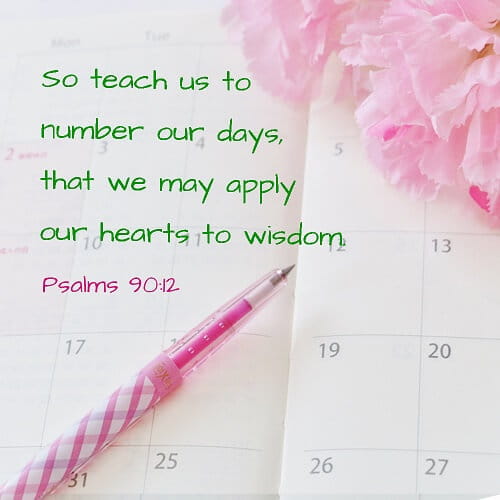 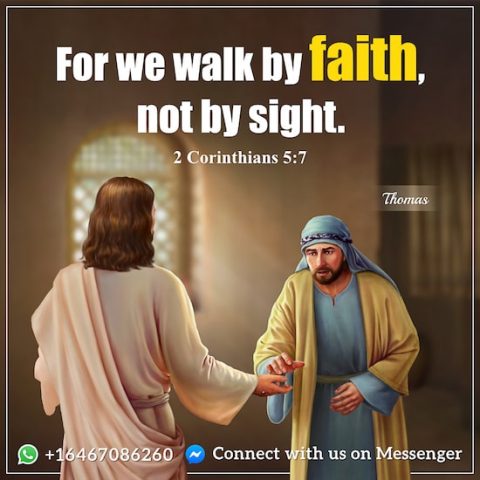 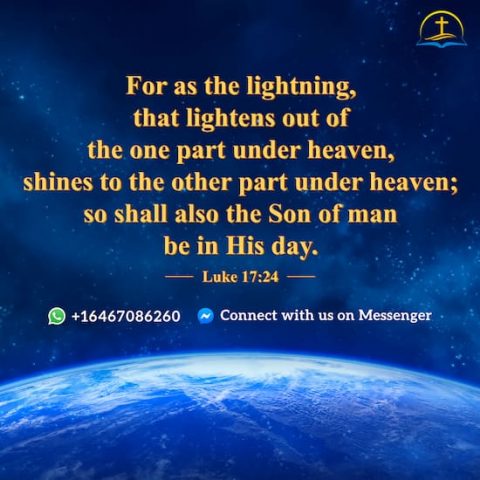 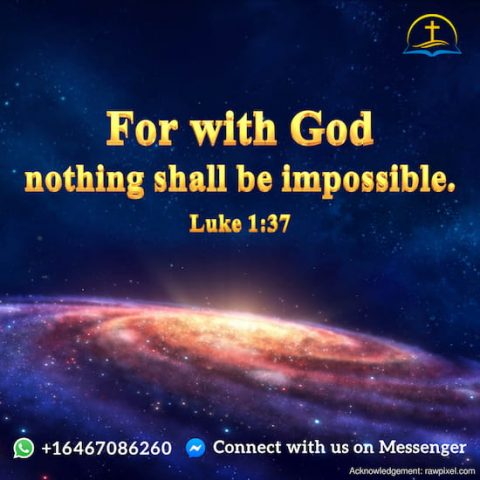 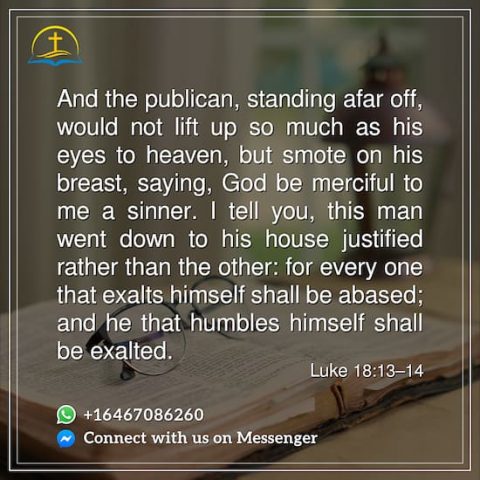 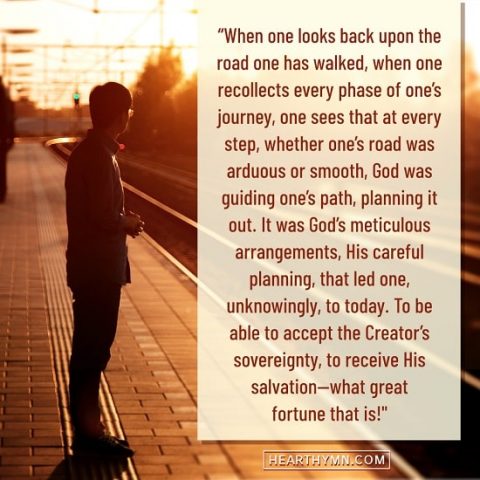 The Origin of Marriage 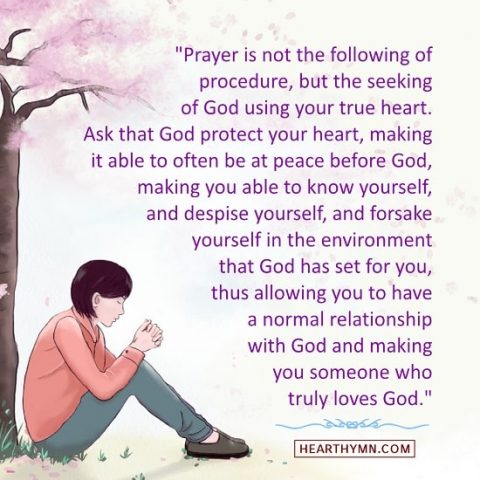 Prayer Is Done to Have a Normal Relationship With God 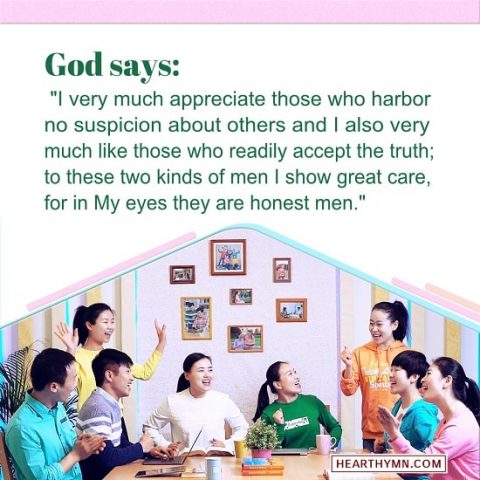 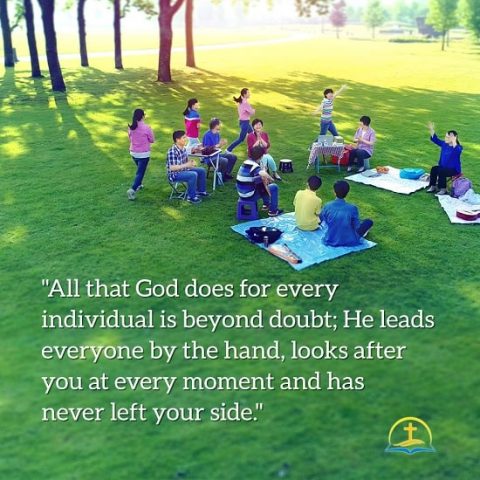 God Has Never Left Our Side 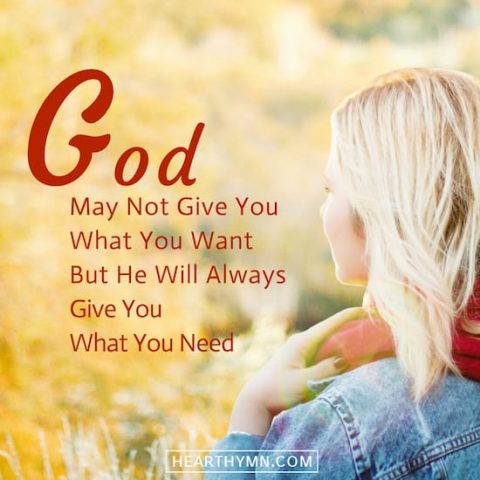 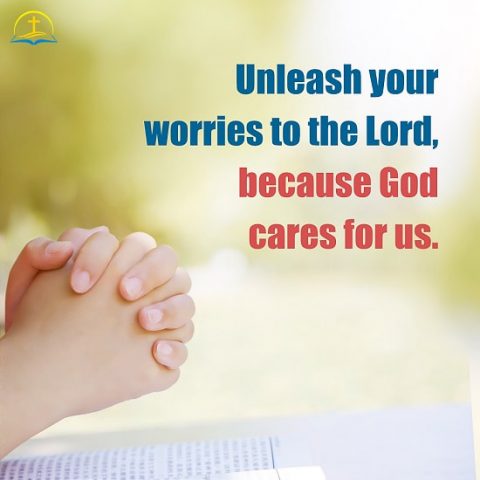 God Cares for Us 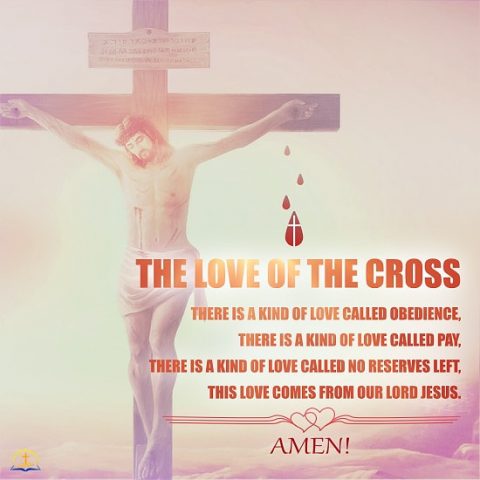 The Love of the Cross 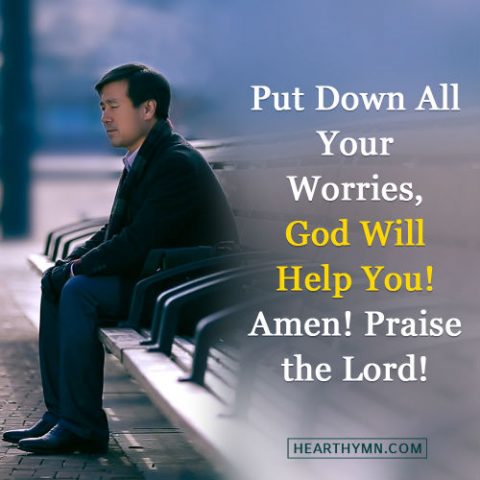 Put Down All Your Worries, God Will Help You!