I, first awakening of love, was full of boundless imagination about my own love and marriage, and I thought to myself: If I can find a great partner and we love each other as much as my parents do, I’ll be surely very happy.

When I was 18 years old, a boy used to buy some things in my family’s store. He was very tall and big, and full of youthful vigor. His large watery eyes were very charming when he smiled and he was just my Prince Charming I dreamed of. What’s more, to my delight, every time we met, we both looked at each other for a long time, and our being spiritually linked was beyond any words. In his eyes I could comprehend his attachment for me; in my eyes he could also understand my yearning for him. We conveyed our own love to each other with our eyes and at that time I made a silent determination that I would never marry anyone but him. Time and time again I outlined our future in my heart and looked forward to the scene where we would get married. So, I felt I was in love and, moreover loved him so terribly. 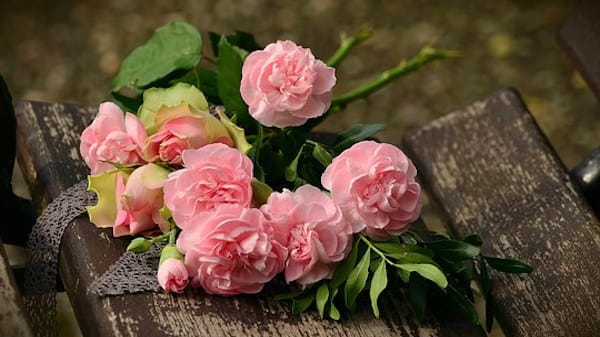 At that time many people introduced boyfriends to me but I refused all, and I just waited for him to firstly speak to me about his love. However, whenever he came to my store and wanted to talk to me, either customers or my friends stayed there so that from beginning to end we failed to have an opportunity to be alone to talk, and even I didn’t know what his name was or which village he came from.

One day, I noticed he was playing basketball across from my store, and then I focused on him every and again. After finishing playing basketball, he, sitting on the bike, stared at me all the time to the extent that I was so shy that I had to hide myself under the counter. Although we didn’t have verbal communication, yet I felt happy as well as sweet. I fancied that if we got married, he wouldn’t surely let me feel a little wronged but would care for me all his life.

The next day my sister’s husband came to my home and introduced to me a boyfriend, who was from the same village as he. I guessed that boy I liked maybe lived to the northeast of my home but my sister’s home lay to the southeast of mine. Therefore, I hurried to say: “Why should I marry your fellow villager?” When my sister’s husband took out a photo and let me have a look, I didn’t even look at it but directly refused, thinking: I won’t absolutely marry anyone you mentioned, because I’ve had the person of my dreams and I will never marry anyone but him.

Afterward, when I met that boy again, I was so glad and wanted to tell him my longing for him in my heart. However, he seemed to have completely changed into another person, not looking at me in the previous way but looking very angry. I felt it was a little strange, wanted to walk up to him and asked him: What’s up? What has happened? But I didn’t have the courage to do so and thus had to be in agony inside.

From then on, he seemed to have disappeared without a trace and I no longer saw him come here. Every day, I just sat there, searched for his back in the crowd and recalled the two years of the scenes where we two looked at each other. Whenever I thought of his passionate look at me, I was in sorrow and grief, and even cried under the bedclothes at night. I was totally perplexed about why he suddenly changed his attitude to me. For the sake of the wonderful love, I made up my mind to wait for him. No matter whether I was at home or worked outside, and wherever I went, I was longing for his sudden appearance before me, just as the leading man met the leading woman in TV plays. I, day by day, had a dream that I could see him one day.

During my six years of waiting, I failed to meet him. My yearning for him was finally smashed to pieces in despair. Arranged by the match-maker and my parents, I got married to my present husband.

My husband wasn’t the sort of person I liked and he wasn’t the prettiest rose in the bunch. Sometimes he would beat or curse me because my words weren’t in line with his will. Every time this happened, I would cry bitterly and miss that boy more strongly than before. I thought to myself: If he were my husband, he wouldn’t treat me this way; instead, he would care about me and look after me, he wouldn’t surely bully me, and we would live happily throughout our lives. But then, all this had become impossible, so I lived in agony and depression and felt more fed up with my husband in my heart. Even if he sometimes treated me well, I couldn’t care less anyway but always gave a cold shoulder to him. There were few conversations between us, let alone any affection.

After half a year of marriage, there was held an annual large assembly on Double-Seventh Day in my town. I was busy selling clothes on the street when I saw a smart little boy about one year old. Then my eyes followed him and I suddenly found the person holding the boy’s hand was just the one I had been yearning for and waiting for day and night. I was so excited that I stood up right away, my eyes being glued to him. I had thousands of words to tell him but I didn’t have courage to. At this moment, we both stood there stupefied, and I regretted why we hadn’t met earlier. I wanted to ask him: Where have you been for these several years? Why did you leave suddenly? And why did not you appear before me until I got married? … At this time my brother began to talk to him, so my voice died on my lips. A while later he left. After I questioned my brother, I finally knew the truth that then the boy in the photo my sister’s husband showed to me was just him and that, when he learned I refused to marry him, he left home for another place in a pet. At that moment, I felt so sad that I was almost suffocated. If I had looked at the photo at that time, I would have certainly married him, and wouldn’t have felt extremely pained for many years. The more I thought, the more regretful I was. It was a pity that we two had set up our own families. From then on I lived in self-blame, pain and remorse, and didn’t feel a thread of sunlight in my life.

When my sister learned that I lived a painful life with my husband, she made a call and advised me to go to Xinjiang to help her with her business and incidentally to get my mind off this depression. I agreed and then left for Xinjiang. One day, in my aunt’s home, I opened the door by chance and found that the man was talking to my sister’s husband outside. We met each other unexpectedly, full of great amazement. Like before we still looked at each other and remained wordless for a long time. Due to the presence of many relatives, we didn’t talk and he had no choice but to leave again. Looking at his back as he walked away, I really wanted to run after him and told him my inner thoughts of many years. But for the sake of my husband and child, I couldn’t do excessive actions. I couldn’t help sighing: Why do I always know the truth of everything after it has happened? Why didn’t I look at that photo originally? How I hated myself!

Later on, my relatives spread the gospel to me and I was fortunate to believe in God. Through living my church life and reading God’s word, I felt less pain in my heart and found hope in my life again. 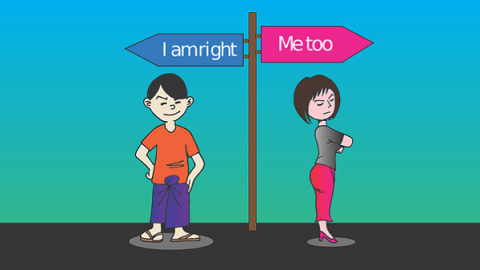 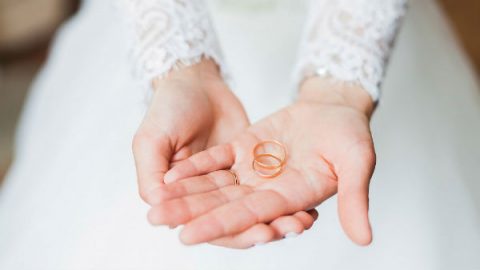 Submitting to God’s Sovereignty, I’m No Longer Distressed About My Daughter’s Marriage 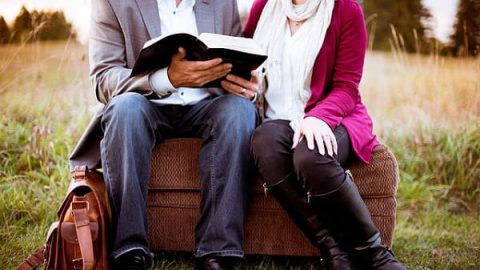 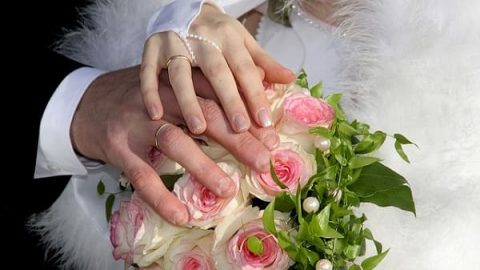 How to Face My Unfaithful Husband 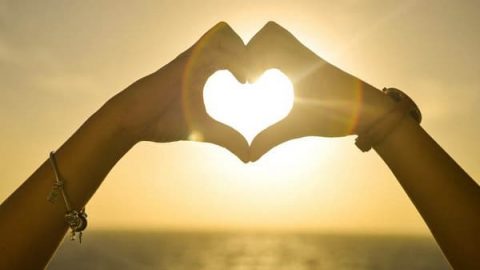 I Had an Extramarital Affair, But God Didn’t Abandon Me
God didn’t Abandon me for my transgression of an extramarital affair, but instead, He guided me with His word, enabling me to have a correct understanding of marriage. 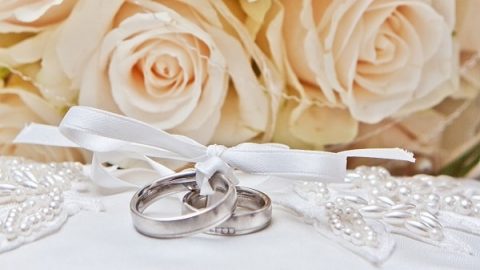 Christian View on Marriage: Putting Aside Vanity, She Gained a Happy Marriage
Once, she was dissatisfied with her marriage because she had thought only if her husband had a high income could she had a happy marriage. Not until she became a Christian did she realize it was this view that led her to an unhappy marriage. 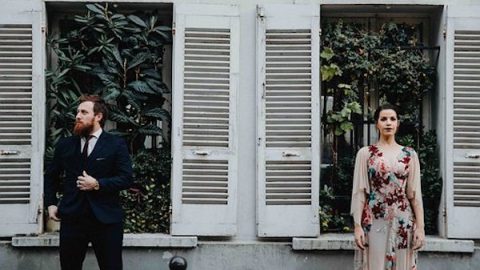 Why Did She Forgive Her Husband Who Had an Affair?
She had thought that she could never tolerate her husband’s infidelity. But faced with her husband’s affair, she actually chose to forgive him. What caused her to make such a decision? 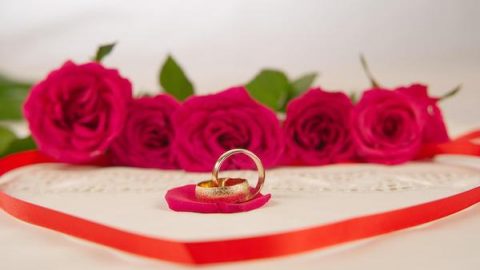 Seeing Through the Evil Trends I No Longer Demand My Husband to Be Perfect
It’s God who leads me to live out normal humanity, put aside my mistaken views of seeking perfection and find the way to get along well with my husband. 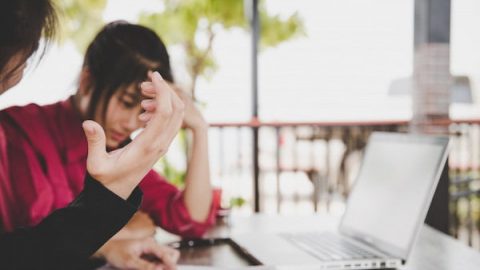