One day, I saw such a story and its general meaning is as follows: A rich businessman posted an advertisement. It told the public that the businessman would help the ones pay off the debt who would come to his company between 9 o’clock and 12 o’clock in the morning of a certain day. When that day came, the crowd in the town surrounded to watch, yet none walked into the company. Not until around 11 o’clock, did a man with the mentality to have a try enter into the office. After he gave the IOU to the rich businessman, the businessman gave him a check for the equal amounts of money immediately. Then, another two persons walked into the office one after another. And they both got the checks for the same amounts of money as their debts and paid off the debts. Seeing the businessman truly do as what he promised, the others wanted to go home for the IOUs. However, it was already past 12 o’clock. At that moment, they were very regretful, but it was too late.

I thought a lot after reading this story: What will we choose if we encounter the thing like that? Can we grasp the opportunity lest it passes away in vain? Many people may say, “We would enter into his office if we met with such an occasion.” Nevertheless, is that really the case? In fact, we aren’t assured of believing and seizing the opportunity if we really encounter such thing. Thinking back to the time when the Lord Jesus came to work, weren’t there many people who heard of the Lord Jesus? And even many of them personally saw the miracles performed by the Lord Jesus, for instance: feeding five thousand with five loaves of bread and two fish, calming the wind and sea, opening the eyes of the blind, making the deaf hear, raising the dead, and so on. However, how many people did truly believe these things after hearing them? It was only a minority who were willing to follow the Lord Jesus. What a pity for those who didn’t follow the Lord Jesus during the period He worked among them! At the same time, it indeed puzzles me. Some may say, “We will surely learn the lessons drawn from the predecessors’ failures and never make the same mistake.” But has it ever occurred to us that if someone tells us that the Lord has returned, will we really catch the opportunity to seek and investigate it humbly? Now, many people witness to us that the Lord has already come back. At the meantime, lots of witnesses to the returned Lord Jesus are showed online. Nevertheless, the pastors and elders tell us, “Any Lord Jesus who doesn’t arrive upon a white cloud is false,” “The Lord has already forgiven our sins, and when He comes, He will make us holy instantly, then we will be raptured into the heavenly kingdom directly.” Hence, holding on to their words, we are waiting for the Lord Jesus upon a white cloud to take us into the heavenly kingdom, without any intention to seek whether the Lord Jesus has returned and the One others testify is the appearance of the Lord Jesus.

Thinking back to the end of the Age of Law, all the people were looking forward to the Messiah saving them from sin. However, God, wise and almighty, doesn’t work according to man’s notions and imaginations, taking the name of Jesus not Messiah. At that time, people, insisting on their notions and imaginations, believed, “No matter how authoritative and powerful Your words are, no matter how great Your miracles are, as long as Your name isn’t Messiah, different from the name in the prophecies of the Bible, we won’t believe in You or accept Your preach.” As a result, many people in that age lived in their notions and imaginations and didn’t seek truth. Eventually, they crucified the Lord Jesus on the cross. Not only did they lose the chance to get God’s salvation, but they also were punished and cursed by God. The Israelites suffered the loss of their nation and homeland, leading the lives of vagabonds. Thinking of this, I was a little scared: Without putting aside my notions and imaginations to seek and investigate, I just refused blindly. Am not I the same as the Pharisee at that time? God’s work of saving man is terminable. Once I miss it, won’t it be too late for me to regret?

The Lord Jesus once said: “Again, the kingdom of heaven is like to a net, that was cast into the sea, and gathered of every kind: Which, when it was full, they drew to shore, and sat down, and gathered the good into vessels, but cast the bad away. So shall it be at the end of the world: the angels shall come forth, and sever the wicked from among the just, And shall cast them into the furnace of fire: there shall be wailing and gnashing of teeth” (Matthew 13:47-50). As for these verses, I just knew some superficial meaning previously, while I now had a new understanding of them through the fellowship of the brothers and sisters. In the last days, God’s work is to classify all and God will separate the righteous and the wicked personally. Those who can investigate and accept it on hearing some witness that the Lord Jesus has returned can get the chance of entering into the kingdom of heaven bestowed by the Lord Jesus. By contrast, if we hold on to our notions and imaginations and refuse to investigate or accept it when hearing some witness that the Lord Jesus has returned, the chance of entering into the heavenly kingdom will be pushed away by us. God treats everyone with fairness and righteousness. If we, living in our notions and imaginations, don’t pay attention to seeking the truth or cherishing time after time of opportunities of entering into the heavenly kingdom given by God so that we miss His salvation in the last days finally, won’t we regret for the rest of our life? The Lord once instructed us, “Blessed are the poor in spirit: for theirs is the kingdom of heaven” (Matthew 5:3). “Blessed are the pure in heart: for they shall see God” (Matthew 5:8). From these verses, I understand that it is very important for us believers in God to have a heart that reveres God. Only by being persons who can seek the truth humbly, can we avoid walking on the path of people who have failed.

Maybe you also like to read: How To Welcome the Second Coming of Jesus? – Reflection On A Story

Preparing for Jesus Christ’s Return: First Know How He Knocks 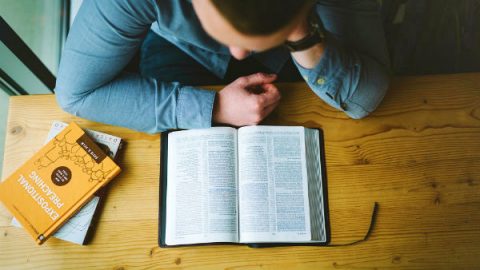 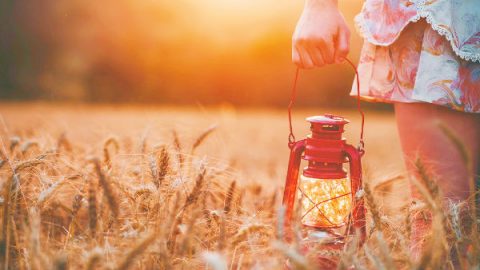 Are Those Who Work Hard for the Lord Wise Virgins?

Don’t Listen to Another Gospel? How About the Everlasting Gospel? 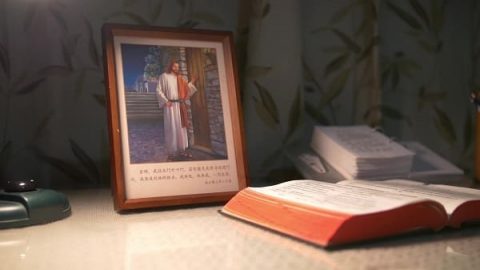 When Jesus Christ Returns, We Cannot Recognize Him According to His Appearance
Why can’t we define that Jesus Christ would come in the image of a Jew in His return? How can we recognize the returned Lord? This article will give you the answers. 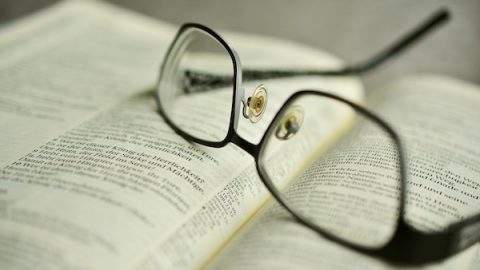 3 Methods on How to Discern False Christs of Today
We Christians, while yearning for the Lord’s return, are afraid of being deceived by false Christs of today. In fact, as long as we grasp 3 principles, we’ll be able to discern false Christs.