In January 2018, the Planning Department of our company assigned us an urgent task—taking an aerial video of a transition from forests on the mountains to the sea. And we planned to finish it in 7 days. Then my colleagues and I began to search such a scene on Google Maps. The minute we found one, we went to that place—Bilbao, a coastal city in northern Spain.

But we never thought that as soon as we arrived there, we were caught in local rainy season. And it rained for five days together. On the sixth day, directly the rain stopped, we went to the location. However, upon arriving there, we saw that a large area of sea water near the shore was muddy for days of rain, which made the scene unattractive. Then, we tried to use our drone to shoot and found that the signal there was weak. Before it flew over the forest, the signal was gone. We tried several times, but we all failed in the end. What was worse, at that time, the sky was overcast and it began to drizzle, so we had to stop shooting. 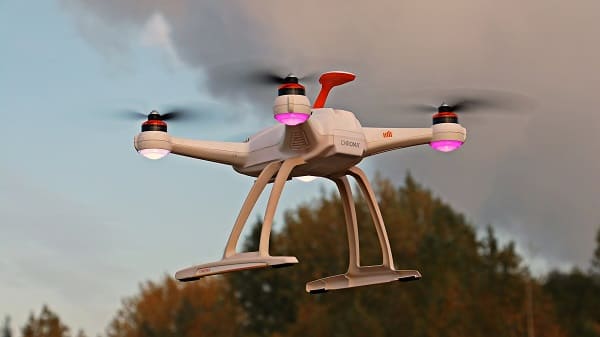 After coming back to our hotel, when I thought that the following day would be the deadline for our plan, I particularly worried about whether the weather would clear up tomorrow, whether the ocean water would turn clear and whether the signal of the drone would hold steady. At this point, I thought of God, so I prayed in front of Him about my predicament. After the prayer, these words of God popped into my mind, “Any and all things, living or dead, will shift, change, renew, and disappear according to God’s thoughts. This is how God rules over all things.” God’s words gave me faith. And I recognized that, since all things and all beings are ruled over by God, when the rain would stop, whether the sea water would turn clear and whether the signal would be steady tomorrow were all in God’s hands. There was no need for me to worry about these. As long as I genuinely looked to God and relied on Him, I believed God would prepare them for us.

On the early morning of the next day, my colleague and I went to the location. When we arrived at the sea, I saw the water had turned clear in just one night, and that the rare sun appeared. At the moment, from the bottom of my heart I thanked and praised God! Then, my colleague said to me, “The wind is very high today, there are dark clouds over the sea, and the sky is not bright. I am a bit worried about whether we can successfully capture video.” Hearing his words, I also felt somewhat worried. But then I thought: In just one night, the turbid water near the shore became crystal clear, isn’t it a wonderful deed of God? God heard my prayers, and it was God who helped us in secret. Thinking of this, I had some faith again. So I prayed to God about all of these difficulties and entrusted them all to God. 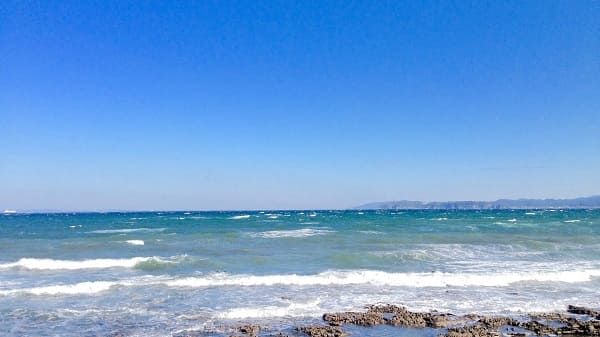 What’s more, as we shot videos, the wind gradually subsided and dark clouds above the sea soon became white clouds. In winter, beside the sea where the atmosphere is humid, such a scene seldom appears. But at that moment, the sun was shining and the sky was bright. Soon we finished shooting this video sequence and finished our task. At that time, I truly experienced God’s authority and power. Just as God says: “He holds sovereignty over all things and rules all living beings beneath the universe. He commands the four seasons, and it is He who calls forth wind, frost, snow, and rain. … His deed is everywhere, His power is everywhere, His wisdom is everywhere, and His authority is everywhere. Each of these laws and rules is the embodiment of His deed, and every one of them reveals His wisdom and authority.”

After we came back to our company, our director watched the source materials we shot and then said we did an excellent job. At that time, I was delighted and knew very well that all these were the deeds of God.

Several days later, our director called and said: “The general manager has watched the source materials you shot, and asked you to take a splendid footage of encircling mountains, soaring cliffs and ocean with towering waves. Next, the waves surge forward, each higher than the last.” Hearing this, I felt embarrassed, firmly believing that we definitely couldn’t shoot such an image. Because we once explored places beside the sea, but we never saw that kind of scene our general manager wanted. Though there were mountains beside the sea, they were some way from the sea and the signal around the mountains was quite weak. In the past, we tried to fly the drone over 20 times, but before it flew over the mountain peak, its signal was gone. So, there’s no way we could shoot a scene of the ocean encircled by mountains.

In the following days, I shot other source materials as I pleased with my colleague. But in the process of shooting videos, we always hit snags. Only then did I begin to reflect on myself: In the world of photography, such saying goes, “Relying on Heaven for one’s food.” In other words, no matter how excellent your photography is, no matter how sophisticated your equipment is, you can’t shoot striking images unless you rely on the bright light and great opportunities Heaven gives you. Even unbelievers know one must rely on Heaven. But as a Christian, I didn’t rely on God but make complaints when encountering difficulties. Am I someone having faith in God? At the point, I felt ashamed. Thinking back to the time when we encountered difficulties in the process of shooting videos, didn’t we finish our tasks through relying on God? The Bible says: “Ah Lord GOD! behold, you have made the heaven and the earth by your great power and stretched out arm, and there is nothing too hard for you” (Jer 32:17). Also, God says, “You must have faith that everything is in God’s hands, and that humans are merely coordinating with Him. If you are sincere, God will see it and He will open up all paths for you, making difficulties no longer difficult. You must be confident in this.” Right! God has authority and power and He created the universe and all things. Regardless of how great our difficulties are, those that can’t be solved by man can all be done by God. God is almighty. I must have faith in Him. So I decided to rely on God to shoot the images our general manager wanted.

Afterward, arriving at the sea, we saw it was a fine day and the sky was bright. The weather was suitable for shooting though the wind was somewhat high. Then I silently prayed to God, entrusting all the difficulties of shooting to Him. In order to protect mountains from blocking the signal, we shot videos in the open area between two mountains. But our drone flew less than 300 meters and then the signal was gone. Failing to shoot at this place, we got to the foot of the mountain to shoot waves and rocks. However, the rocks there were so small that the images we shot were not beautiful. At that time, my colleague didn’t want to continue shooting. And he said: “Let’s pack up our equipment and leave. In the open area, we couldn’t get the signal when the drone flew less than 300 meters, let alone at the foot of the mountain.” Hearing this, I also felt somewhat depressed. However, thinking of my previous experience, I didn’t want to give up. Because things that can’t be done by man can all be done by God. So we tried again and a miracle happened. At the foot of the mountain, our drone even flew 500 meters. Even more surprisingly, after flying over the top of the mountain, it even filmed several mountains around it as the shot panned slowly. The tablet in my hand showed the scene of encircling mountains. Immediately, we flew the drone toward the sea and then it descended from the edge of a cliff toward the waves. It was just then that the most wonderful thing happened. 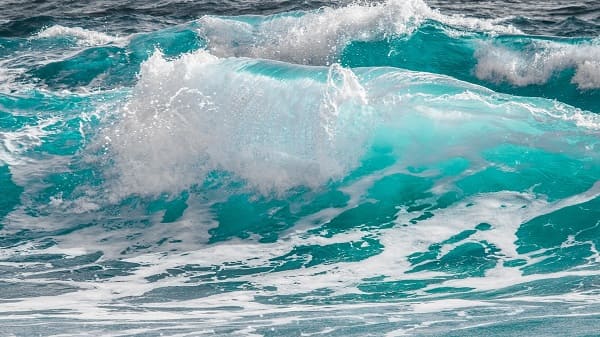 The waves surged forward, each higher than the last, as if they were playing a match. Wasn’t it the splendid image our general manager wanted? It was so astounding! Once again I saw the manifestation of God’s power. Just as God says: “God’s authority is everywhere, at every hour, at every instant. … His authority is not restricted or limited by people, events, or things, by space or by geography. At all times God wields His authority, shows His might, continues His management work as always; at all times He rules all things, provides for all things, orchestrates all things, just as He always did. No one can change this. It is fact; it has been the unchanging truth since time immemorial!”

Through my experiences, I’ve gained some practical experience in regards to God’s words, and seen God’s authority and power, thereby having more faith in Him. From now on, I am willing to look to God and rely on God in all things. Thank God! All the glory be to God! 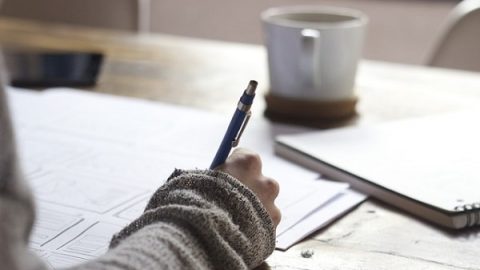 God Helped Me Through Difficulties When I Studied Overseas 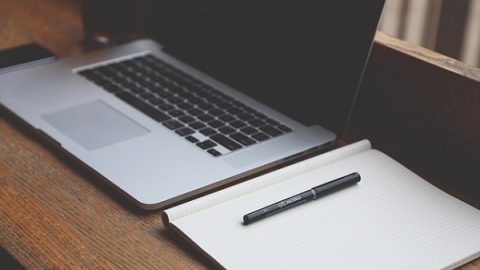 Relying on God, Gain the Wisdom

Sincerely Depending on God in All Things Is the Wise Choice
Christian testimony: From my experiences, I truly felt that in daily life no matter what difficulties we have, God will help us when we pray and rely on Him.

God Saves Me From Dying of a Sudden Myocardial Infarction
He had a sudden myocardial infarction and wasted a few hours before seeing the doctor. It was God who delivered him from death. 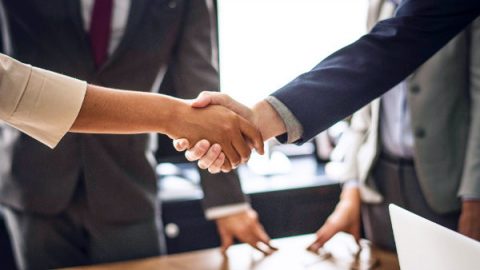 Testimony of God Providing a Job: I Passed the Interview
I failed to pass the first interview. It was God’s miraculous arrangements that gave me the second chance to apply for the same position. Unexpectedly, I passed the interview.