Job 1:8 is the first record that we see in the Bible of an exchange between Jehovah God and Satan. And what did God say? The original text provides the following account: “And the LORD said to Satan, Have you considered my servant Job, that there is none like him in the earth, a perfect and an upright man, one that fears God, and eschews evil?” This was God’s assessment of Job before Satan; God said that he was a perfect and an upright man, one that feared God and shunned evil. 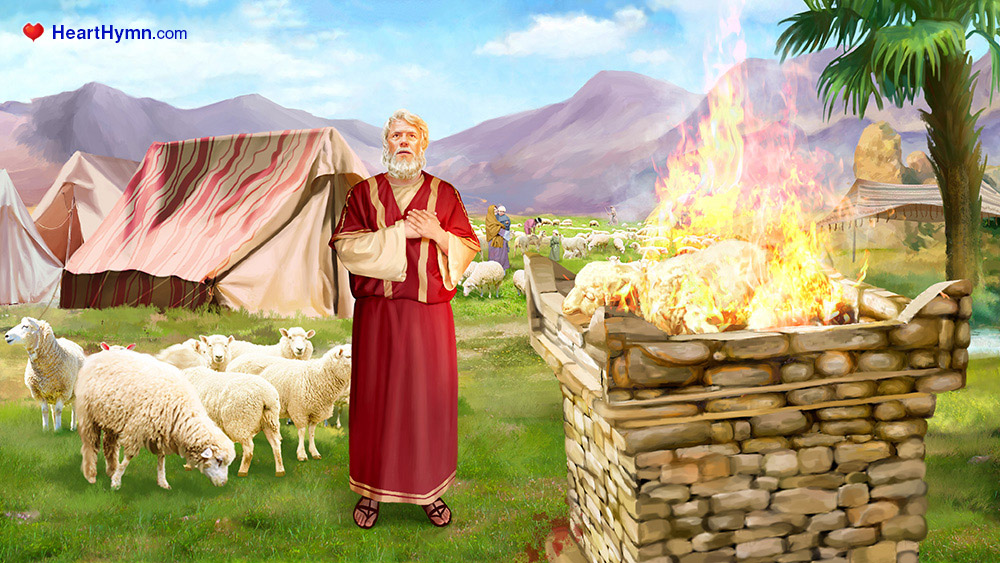 Though the Bible tells us of the origins of Job’s temptation, was Job himself, the one subjected to these temptations, aware of what was going on? Job was just a mortal man; of course he knew nothing of the story unfolding behind him. Nevertheless, his fear of God, and his perfection and uprightness, made him realize that the trials of God had come upon him. He did not know what had occurred in the spiritual realm, nor what the intentions of God were behind these trials. But he did know that regardless of what happened to him, he should hold true to his perfection and uprightness, and should abide by the way of fearing God and shunning evil. Job’s attitude and reaction to these matters were clearly beheld by God. And what did God see? He saw Job’s heart that feared God, because from the beginning right through until when Job was tried, Job’s heart remained open to God, it was laid before God, and Job did not renounce his perfection or uprightness, nor did he cast away or turn from the way of fearing God and shunning evil—and nothing was more gratifying to God. Next, we will look at what temptations were undergone by Job and how he treated these trials. Let us read the scriptures.

(Job 1:20-21) Then Job arose, and rent his mantle, and shaved his head, and fell down on the ground, and worshipped, And said, Naked came I out of my mother’s womb, and naked shall I return thither: the LORD gave, and the LORD has taken away; blessed be the name of the LORD.

• Are Trial and Temptation the Same? Learn Their Difference From 3 Aspects

We Christians all know the example of how Satan tempted Jesus. But do we know why Satan did this? What are its sinister motives?

Following God, I No Longer Be Lost in My Life

Without God’s guidance, we follow evil in this beckoning world and easily get lost. Only by following God can we find true life direction.