Whenever I read the scripture: “For the Lord himself shall descend from heaven with a shout, with the voice of the archangel, and with the trump of God: and the dead in Christ shall rise first:” (I Thessalonians 4:16), I will think of the miracle of the resurrection of Lazarus. The Lord Jesus just said one word, and Lazarus immediately came out of the tomb. From this, I can see: The Lord Jesus speaks, and it will be accomplished; He commands, and it will stand fast. God’s words are full of authority and power. So my faith in God is profound and unwavering and I believe nothing is difficult for God. I think: in the future, when the prophecy of the resurrection of the dead comes into reality and God comes to judge people in the last days, all those who died in Christ will rise from the dead as Lazarus and be brought into heaven, while those who do not believe in God will also come out of the tomb to accept the judgment of God, and finally go to hell. Therefore, I am looking forward to a reunion with my loved ones who died in Christ one day. 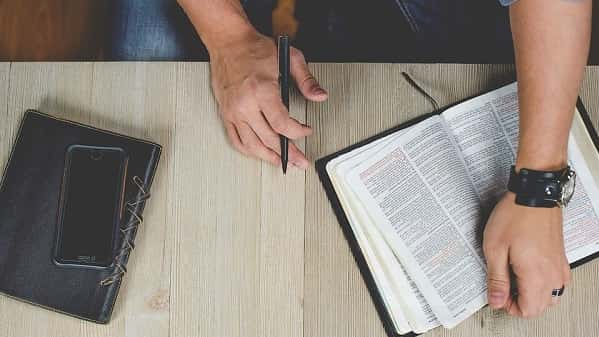 Later, I read a passage of God’s words “Have You Come Alive?”, which fought back against my conceptions and imagination. I did not know what “the resurrection of the dead” actually refers to until then. God says, “God created man, after which man was corrupted by Satan, and this corruption has made people into dead bodies—and thus, after you have changed, you will be different from these dead bodies. It is the words of God that give life to people’s spirits and cause them to be reborn, and when people’s spirits are reborn they will have come alive. Mention of the ‘dead’ refers to corpses that have no spirit, to people in whom their spirit has died. When people’s spirits are given life, they come alive. The saints that were spoken of before refer to people who have come alive, those who were under Satan’s influence but defeated Satan. … ‘The dead’ are those who oppose and rebel against God, they are those who are numb in spirit and do not understand God’s words, they are those who do not put the truth into practice and have not the slightest loyalty to God, and they are those who live under the domain of Satan and are exploited by Satan. … Originally the man made by God was alive, but because of Satan’s corruption man lives amid death, and lives under the influence of Satan, and so these people have become the dead who are without a spirit, they have become enemies who oppose God, they have become the tools of Satan, and they have become the captives of Satan. All the living people created by God have become dead, and so God has lost His testimony, and He has lost mankind, which He created and is the only thing that has His breath. If God is to take back His testimony, and take back those who were made by His own hand but who have been taken captive by Satan, then He must resurrect them so that they become living beings, and He must reclaim them so that they live in His light. The dead are those who have no spirit, those who are numb in the extreme, and who oppose God. Moreover, they are those who do not know God. These people have not the slightest intention of obeying God, they only rebel against Him and oppose Him, and have not the slightest loyalty. The living are those whose spirits have been reborn, who know to obey God, and who are loyal to God. They are possessed of the truth, and of testimony, and only these people are pleasing to God in His house.”

The words of God reveal the true meaning of “the dead” and refreshes me. From God’s words, I know that the dead in God’s eyes refer to those who have no spirit, who do not understand God’s words, who do not know God, and those who can disobey God and resist God, not those who are physically dead in my mind, which is entirely my imagination. “The resurrection of the dead” originally means that one’s spirit is given life by God’s words, so that he can follow God’s words, be obedient and loyal to Him, and bear testimony for Him, no longer rebelling against and opposing Him. This makes me think of Adam and Eve. After they were created, God gave them a breath, and they became living beings possessed of a spirit, who could understand the word of God and talk with Him. At that time, God commanded them, “Of every tree of the garden you may freely eat: But of the tree of the knowledge of good and evil, you shall not eat of it: for in the day that you eat thereof you shall surely die” (Genesis 2:16-17). But they could not resist the temptation of the ancient serpent and stole the fruits from the tree of the knowledge of good and evil, betraying God and driven out of the Garden of Eden. Although they lived for hundreds of years, they were “dead” in the sight of God. And it is written in the Bible, “And another of his disciples said to him, Lord, suffer me first to go and bury my father. But Jesus said to him, Follow me; and let the dead bury their dead” (Matthew 8:21-22). I see that man lives under Satan’s influence of darkness and is bound by sin, often opposing and rebelling against God. He cannot obey God, be loyal to Him and understand His intention. People like this are already the dead without a spirit. Think about the evil and corruption of the entire mankind now, all living in sin unrepentantly and enjoying the joy of sin. No one thirsts for the truth and looks forward to the true light, all advocating evil and loving injustices. Moreover, no one takes the initiative to seek the footsteps of God, all indifferent and insensitive to God’s work. Such people are spiritually dead. In addition, though we are Christians, how many times can we really put the Lord’s words into practice, not living in sin? Although we keep the rules to worship every week, no one practices Lord’s words and follows His path. Following the evil trends of the world, pursuing the enjoyment of material life, and enjoying the pleasures of sin, we have already lost our initial confidence and love, becoming more and more degenerate. Then are we not “the dead” living under Satan’s influence of darkness without a spirit? Only the people, whose spirits revive in the word of God, longing for the truth and light, willing to take the initiative to pursue the truth, obedience, and loyalty to God, throwing off Satan’s influence of darkness, and bearing the testimony of glorifying God, are thus resurrected. Look back upon the saints throughout history, Abraham, Job, and Peter, who were not bound by Satan’s influence and stood the testimony for God in the trials. They are the living who have heart and spirit, love God and obey Him. The resurrection of the dead that I thought in the past is totally my conceptions and imagination. At this moment, I really want to know how God makes people become living beings with a spirit.

I also see God’s words saying, “If people wish to become living beings, and to bear testimony to God, and to be approved of by God, they must accept God’s salvation, they must gladly submit to His judgment and chastisement, and must gladly accept the pruning and dealing of God. Only then will they be able to put all of the truths required by God into practice, and only then will they gain God’s salvation, and truly become living beings. The living are saved by God, they have been judged and chastised by God, they are willing to devote themselves and are happy to lay down their lives to God, and they would gladly dedicate their whole lives to God. Only when the living bear testimony to God can Satan be shamed, only the living can spread the gospel work of God, only the living are after God’s heart, and only the living are real people.” It can be seen from this that one who wants to become the living has to experience God’s judgment and chastisement. Only in this way, can one become a real living being. Only enjoying the grace of God cannot make one get rid of his sinful nature. Mankind is corrupted and bound by Satan, living in the darkness. Thus, without God’s judgment and chastisement, pruning and dealing, we would not know what are positive things and what are negative things, let alone discern everything from Satan. Neither could we see the fact of our corruption by Satan or recognize the root of our resistance against God, nor could we know how to practice the truth. In this way, we cannot abandon Satan and break away from the influence of death to come before God. Only if our corrupt disposition is purified and we live out the reality of the truth, can we become the real living beings with a spirit. At this moment, I understand that “the resurrection of the dead” is not vague. Instead of man coming out of the tomb to become a living person, God uses His practical words and work to rid man of his sins and cleanse him thoroughly, so that people can live out the reality of the truth and completely walk out of the influence of the darkness, glorifying God and bearing witness for Him. This is the resurrection of the dead!

Thank God for His guidance letting me know the path to salvation. All the glory be to God!

What Is the True Meaning of Easter? Let’s Rethink It
Do you know the true meaning of Easter? Many people say it is for celebrating the Lord Jesus’ resurrection. In fact, there is more important significance hidden behind Easter. 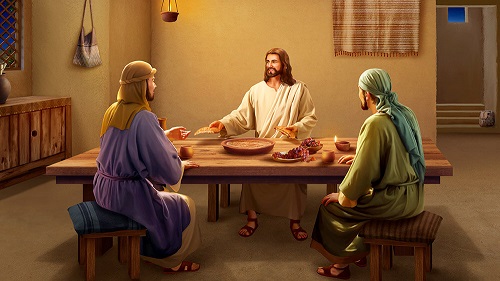 What Is the Lord Jesus’ Intention to Explain the Scriptures and Eat Bread After His Resurrection?
Since the Lord Jesus at that time was a spiritual body after His resurrection, He could take no food, yet why did He take food in front of the crowd?