As a businessman, I know clearly that in the business field, there are many popular words, such as, “A man without a second income will never get rich just like a horse starved of hay at night will never put on weight,” “Money makes the world go round,” “A murderer must pay with his life, but he who coaxes one to death does not need to pay with life,” “How much is conscience worth?” “Doesn’t matter if the cat is black or white, so long as it catches mice” and so on. Almost all business men apply these words in varying degrees to their business and use them very skillfully. In this money-oriented age, everyone scrambles for money. As long as they can make money, people are capable of anything. Under the enticement of money, there is no man who can speak of conscience, and people never do anything without wanting some kind of benefit. To this social trend, some people condemn it; some throw up their hands; more people have to adapt to and follow it—you cheat him and then he cheats you in turn, and in the end, people are used to it. Facing this trend, I felt hopeless, but gradually, I became accustomed to it. I thought it was a kind of trend in modern society, a main trend, and that nearly all people living in the world were not able to escape the influence of these laws and rules. However, recently after I watched the film I Find the Right Path of Life, my view was shaken, and I had an urge to change myself. Before I watched this film, I had never known that there are businessmen who don’t rely on trickery but play their parts as they conduct the business to make money. For this society where the evil trend of money talking is popular, this film, without a doubt, brings righteousness to it. And the most important is that the film points out a brand new way for business men to take—behaving dutifully and making money by the book, which is the fundamental of living.

The film tells the story of Zhen Cheng, the protagonist, who is the owner of an appliance repair shop. In the beginning, Zhen Cheng behaves dutifully and is honest as he conducts his business, always sticking to the baseline of his conscience—never cheat anyone and sell everything at the fixed price. However, as time passes by, when he sees that other fellow tradesmen become rich but only he makes enough money to barely support his family, he is inevitably a bit disappointed. What makes him upset is that his expertise is higher than that of others but he makes less money than them. After experiencing the strike in the real life and listening to the urgings of his family member and a fellow tradesman, his view gradually changes, and he begins to do business as the fellow tradesman does. To make more money, he secretly schemes when doing business and practices the unwritten rules of business. The baseline of his conscience topples over bit by bit under the temptation of money. But when he comes before God and becomes a Christian, his everything begins to change. He has an understanding of the view he holds on to and begins to practice being an honest person in accordance with the demands of God. Finally, he gets an unexpected harvest in his business. I was overwhelmed with emotion after watching this short film. 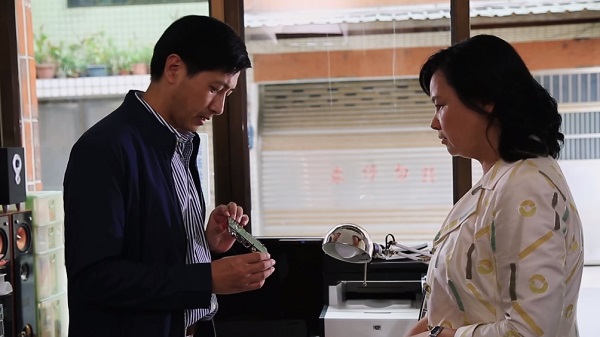 I manage a grain and oil shop, in which I also sell coal gas and fruits. At the beginning, I did business by the book and didn’t take advantage of others, which I thought, at the very least, was the bottom line for being people. Each day I was very busy. To retain the clients, I delivered the goods to their doors, exhausted myself every day. However, my fellow tradesmen didn’t put much effort into their business every day but earned much money and bought a new house, their living condition getting better and better, while our family of three still lived in a simple rented room. As soon as I thought about this, I felt very upset. Later, one of my friends said to me: “You’re too honest, no wonder you earn little money. Are there people who do business honestly now? You should know ‘A man without a second income will never get rich just like a horse starved of hay at night will never put on weight,’ and ‘Doesn’t matter if the cat is black or white, so long as it catches mice.’ No matter what kind of way you use, as long as you’re able to make money, this will count as you being of great ability. At present, how many business men don’t play tricks to make money? The age when ‘neither young nor old are cheated’ has gone. If you want to make a lot of money, you must play tricks.”

Hearing my friend’s “guidance,” I thought he really had a point. In this money-oriented society, though money isn’t everything, without money, we can hardly do anything and even our relatives and friends look down on us. People all say that “Doesn’t matter if the cat is black or white, so long as it catches mice.” No matter what way one uses, as long as he doesn’t break the law and is able to make money, this counts as him being of great ability. So, to live a better life, I began to play tricks when doing business.

Later, although I had made some money, I wasn’t happy and joyful, but instead, my conscience was uneasy and my heart took blame. Sometimes when I thought of the saying which people often say: “Good is repaid with good, evil with evil,” I felt a feeling of anxiety in my heart. But on second thought: In this materialistic society, we need money for everything, and without money, nothing can be done. In Chinese society, people in all walks of life cheat others. One can scarcely earn money if he isn’t deceitful. People all do anything for the sake of making money, so is there anyone else who earns money in good conscience? When I thought of this, the feeling of conscience being condemned went away. In the following days, I continued earning money against my conscience. When my heart was uneasy, I wanted to rid myself of the behavior of playing tricks and live with a good conscience, but the temptation of money tied me down tightly like a spell so that I had no strength to get rid of it. 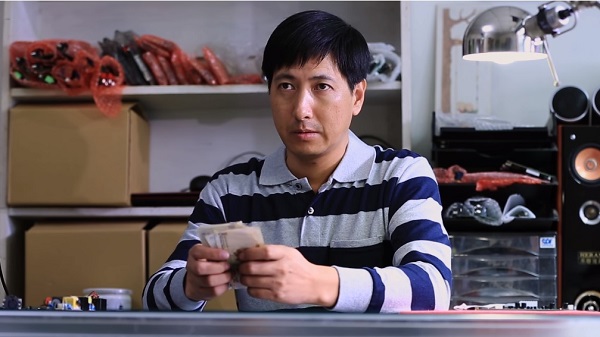 It was not until I watched this film that my perception of conscience was awakened gradually. From the experiences of the protagonist Zhen Cheng, I understood the source of the corruption of mankind. I found that “A man without a second income will never get rich just like a horse starved of hay at night will never put on weight,” “Money makes the world go round,” “Money isn’t everything, but without it, you can do nothing,” and so on are deceptions that Satan inculcates in us and also the satanic philosophies that Satan uses to corrupt us. After we accept them as the guidelines for our life, we lose our good conscience and become more and more deceitful, selfish and despicable. We stoop to anything to achieve our goals or satisfy our own selfish desires. Many people even cheat their parents or their children, and also couples deceive each other. In such life, there is no happiness to speak of. In the whole world, human morality is increasingly depraved and decadent. And the world becomes so dark and evil. Meanwhile, I also realized that we mankind cannot save ourselves. Even though we can realize that satanic philosophies harm us, we cannot get rid of them relying on ourselves. Only the Creator can change mankind and allow us to live in the light. Because God has a faithful essence, He likes honest people and despises the deceitful. As long as we accept the judgment and chastisement of God’s words, forsake the flesh and practice in accordance with God’s demands, we will break away from Satan’s affliction gradually under the guidance of God and step into the light. 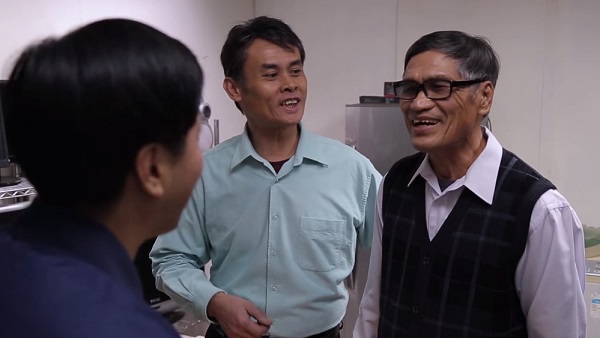 What had a great impact on me in the film is that when the protagonist practices being an honest person in accordance with God’s demands, he has an unexpected harvest—not only does his business not go downhill, but the customers become more and more for his honesty. It seems that the word “evil can never prevail over good” is true. Just as a passage of lines in the film: “God’s requirement is for us to be honest people and live by God’s words, this is the only way for us to be real men! Only by living in accordance with God’s words and truth, at all times and in all places, will we conduct ourselves with honor and magnanimity.”

This film allows me, a businessman, to find the dawn of being human and find the way of restoring conscience and reason. I’d like to start afresh to become a new man, a real business man like the protagonist. Short as it is, the film brings an upturn in conducting ourselves to us, and it allows us to examine anew what we should pursue in our life and what kind of life is the most meaningful and valuable. So, this film is pretty precious.

Watch "I Find the Right Path of Life" Full Movie

When the churches are a widespread desolation, devoid of the work of the Holy Spirit, and believers have nowhere to go, the crosstalk Waking Up breaks up our notions and imaginations about the return of the Lord, allowing us to understand the mystery of the Lord’s knocking at the door and awakening our spirits.

The musical documentary The One Who Holds Sovereignty Over Everything transmits to us the following messages: 1. Who Commands the Junctures of Life Man Has to Experience 2. Where Do All Things Originate From and Who Controls Them 3. Who Rules Over the Fates of Nations, Peoples and Mankind

The movie I Find the Right Path of Life tells a story about Zhen Cheng, who is the owner of an appliance repair shop.

Movie review of Child, Come Back Home! How does a young internet addict successfully turn his life around?