It was a grey day and there wasn’t a ray of sunshine to be seen. I sat at the desk reading the scriptures: “I have fought a good fight, I have finished my course, I have kept the faith: From now on there is laid up for me a crown of righteousness, which the Lord, the righteous judge, shall give me at that day: and not to me only, but to all them also that love his appearing” (2 Timothy 4:7-8).

Reading these words, I recalled my twenty years of following the Lord: I’ve been imitating Paul, expending for the Lord. Regardless of whether it is rainy or sunny, or whether it is a bitterly cold day, I persistently protect the Lord’s flock. I always believe that if I keep striving like this and hold on to the Lord’s name and His way, I will surely be rewarded and enter the kingdom of heaven when the Lord returns. However, when I encouraged brothers and sisters with such a viewpoint after the last meeting, Brother Wu raised a question: “The Lord Jesus said, ‘Not every one that said to me, Lord, Lord, shall enter into the kingdom of heaven; but he that does the will of my Father which is in heaven’ (Matthew 7:21). From the Lord’s words we can see that only those who do the will of our heavenly Father can enter the kingdom of heaven. The Lord requires us to be honest and humble and to love one another, yet we are still engaged in frauds and deception in front of God and our brothers and sisters; we are jealous of those who preach better than us; we can still be arrogant and unconvinced when our brothers and sisters point out that our conducts are against the Lord’s will; and sometimes we even have hatred in our hearts. We constantly fail to practice the Lord’s words, committing sins involuntarily even after repenting and confessing before the Lord. I think we’re still not doing the will of our Father in heaven. So, can people like us enter the kingdom of heaven when the Lord comes back?” It is the truth, as he said, that we are often bound by sin. But Romans says, “For with the heart man believes to righteousness; and with the mouth confession is made to salvation” (Romans 10:10). Since the Lord Jesus completed the work of redemption when He died on the cross, and has forgiven our sins, He no longer sees us as sinners, and we have become righteous by our faith. Therefore, as long as we forsake everything and work hard for the Lord, we’ll be raptured into God’s kingdom. It is the Lord’s promise. So I told Brother Wu that we shouldn’t have any misgivings about this, nor should we doubt our means of pursuit. However, we didn’t fully discuss this problem in our last meeting because we ran out of time, I have to make this issue clear in this meeting.

As soon as I entered the door of the meeting place, I heard Brother Wu and some co-workers communicating about entering the kingdom of heaven. Upon seeing me, Brother Wu said seriously, “Brother Zhao, we didn’t commune the truth about entering the kingdom of heaven clearly last time. I’d like to fellowship about it with brothers and sisters today.” Then I walked among them and sat down, saying, “OK, let’s communicate this topic today. Could you share your opinions first?”

“Right!” agreed Brother Wang, “The Lord Jesus said, ‘but the righteous into life eternal’ (Matthew 25:46). It’s evident that the righteous shall remain in God’s kingdom. The righteous here doesn’t refer to those ‘justified by faith,’ but to those who do righteousness and no longer sin. Though we may now lay aside all for the Lord’s work, we still often sin and are not truly righteous. So we are not worthy to enter the kingdom of God.”

I wasn’t convinced by their words, thinking: “All these years, we have been acting according to Paul’s words. How could Paul’s words possibly be wrong?” Then I raised my voice and said seriously, “My co-workers, about entering the kingdom of heaven, the apostle Paul has already shown us the way: ‘I have fought a good fight, I have finished my course, I have kept the faith: From now on there is laid up for me a crown of righteousness’ (2 Timothy 4:7-8). Paul’s word is enough to prove that when we spread the gospel, labor and suffer, and keep the faith, we are doing the will of our heavenly Father. In doing this, we can surely gain the crown of righteousness and enter the kingdom of heaven!” Only Brother Lyu and a few co-workers agreed with me, while other brothers and sisters all stared at each other. For a moment, there was an air of tension in the meeting.

Then Brother Wu said to me, “Sorry, but I don’t think what you said is after the Lord’s will. We all know that the Pharisees of that time served Jehovah God in the temple for years. They also traveled over land and sea, suffering much for spreading the gospel everywhere, and had some good outward behaviors. However, when the Lord Jesus came to work, they could still oppose God and nail the Lord Jesus to the cross. That’s sufficient to prove that outward sufferings and good behaviors do not represent doing the will of our heavenly Father, nor do they represent knowing and submitting to God. Similarly, today we suffer and spend for the Lord, and have some good outward behaviors, yet we still often live in sin, being conceited, treacherous, and selfish; when encountering something that doesn’t conform to our notions, we can still complain to God; and we can even follow evil worldly trends and betray God. Regarding our living out like this, we are still not those who do the will of our heavenly Father, and still not worthy to enter the kingdom of heaven.” Brothers and sisters all murmured their agreement, saying, “It’s true! It does make sense.” Embarrassed by his retort, I rose to my feet in anger, saying “Is there, then, any wrong in striving according to what Paul said? I firmly believe that if we follow Paul’s words, we will surely enter the kingdom of heaven!”

At this point, Brother Wang said thoughtfully, “Right! Paul is not Christ. He, like us, was a corrupt human being. And he was even the chief of sinners who resisted God. What he said is man’s word, not the truth! How could man’s word be compared with the Lord Jesus’ word? The Lord Jesus had never witnessed that the word of Paul was the truth. Even if some of Paul’s words conform with the truth, we can only say that they came by enlightenment of the Holy Spirit. They may render some help to brothers and sisters, but they can never represent God’s word. We’ve always exalted what Paul said instead of exalting the word of the Lord Jesus. How foolish we are!”

Hearing these words, I was rendered speechless. Their understanding left me both ashamed and embarrassed. My heart was in tumult, and I felt horrible inside. To relieve the embarrassment, I got up to get water. Then I said to myself: What they fellowshiped is truly practical, and is the problem I’ve never thought about in all the years of my belief. Could it be the enlightenment of the Holy Spirit? How else could they have such pure understanding? In all these many years, I’ve always been acting according to Paul’s words, believing that suffering and working hard is doing the heavenly Father’s will, and that I will surely enter the kingdom of heaven as long as I keep pursuing this way. But what they fellowshiped today is the fact. Even though we’ve worked fervently for years, we still constantly sin. Are we, with a sinful nature, really able to enter the kingdom of heaven? It seems that entering the kingdom of heaven is not as what I’ve imagined. I should seek more carefully rather than hold on to my own view. If I really take the wrong path, I will regret all my life.

That day after the meeting, I went back home and continued to seek: Can we really not enter the kingdom of heaven through laboring for the Lord? 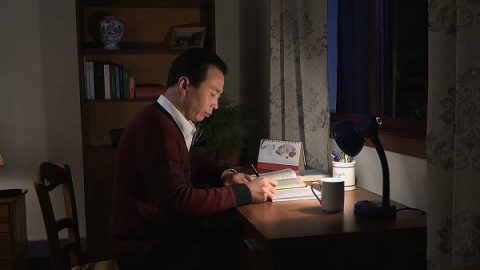 Enter the Kingdom of Heaven Need Judgment, Why?

The Fearful Cannot Enter the Kingdom of Heaven 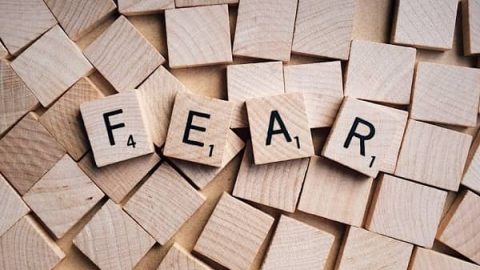 What Are the Requirements for Entering the Kingdom of God?
As a Christian, Can we enter the kingdom of God by expending and laboring for the Lord with enthusiasm?

Can We Enter the Kingdom of Heaven If We Frequently Commit Sins?
Can we who often commit sins enter the heavenly kingdom? Do you know how to shake off the state of often committing sins? This article has the answers.

What Is the Meaning of the Rapture in the Bible?