I was born to an ordinary peasant family in northeast China. We passed our lives with our faces to the earth and our backs to the sky for generations. Seeing my forebears spend every day doing backbreaking labor in the fields, the ignorant me said to myself, “I’m not going to live like them.” Therefore, as a child, I swore I would study hard and walk out of the countryside with my own efforts. As I grew older, this resolution gradually took root in my heart. To realize my wish, I buried myself in my studies every day. Never did I dare to slack off. Even when my friends and classmates hung out after school or at weekends, I just shut myself indoors studying. My parents advised me to go play outside, but I said, “No, I must study hard. I want to go to college and get a good job in the future. Only then can I earn money and buy you a house in town, so we no longer have to live in the countryside.”

In a flash, the middle school graduation exams were drawing near. I had thought I would surely enter the key high school through my persistent efforts. But on the first morning of the exams, when I arrived at the door of the examination room, I found my admission ticket gone. I rummaged in my bag but didn’t find it. I was seized with panic and burst out crying. Having no choice, I took a taxi home to look for it. I searched the house from top to bottom, but found no trace of it. In helplessness, I hurried back to the exam room by taxi. Still I was late. All the candidates were sitting in the exam rooms, while I was not allowed to go in without the admission ticket. When I was so worried, the teacher emptied my bag and found my admission ticket. I hurried into the room with it. The trouble I met before the exam disturbed me so much that I couldn’t quiet my heart at once. Two days later, the exams were over. When I got my transcript, I was informed that I had failed to get into the key high school. At that moment, I was so sad. My tears kept flowing down uncontrollably. I didn’t know who to ask: Why was I born into a poor family? Why is it so hard for me to test into university and walk out of the countryside through my own diligence?

However, I did not give up, still believing in the notion “My life depends on myself, not the fate; each man is the architect of his own fate.” I began to rush about, trying to find a way to change my fate. Later, I heard that vocational high school students with good grades could also test into university. So I went to a vocational high school to continue my education. But after I studied there for some time, I was aware that few among the students there studied seriously, while the teachers were scarcely responsible. Thus I felt my future bleak, and was very disappointed. Just at that time, good news came to me that my uncle’s work unit was recruiting staff from within. And if I could pass the examination, I would become a civil servant after graduation and got an “iron-rice bowl.” My aunt advised me to have a try. As a result, I really passed the examination. I was thrilled, expecting it to be the turning point in my life.

In an instant, three years had passed. To support me to go to school, my poor family was already under a heavy debt. The only thing that I was proud of was that I had always ranked among the best. I hopefully waited to be assigned to a good job after graduation, then find a decent husband, and repay my parents’ love. Unexpectedly, when I went to the local personnel bureau with my diploma, hoping them to get me a job, the staff told me, “When you were at school, the one in charge was our former leader. He is no longer the leader now. So the policies he established are invalid.” As I heard this, it felt like I had been struck by a lightning bolt: It’s done! It is a waste of going to school, also a waste of money—my parents’ hard-earned money. I cried out, “Why? I have been longing to change my fate on my own, but never can I fulfill my wish. Why is this?!” During that time, I reached the lowest point in my life, and cried all day long. I didn’t know what I lived for, and was even more clueless as to where my direction in life was.

Then my friend introduced me to a potential marriage partner (a Korean, who is now my husband). We met, and dated. But before we could get to know each other better, the translator had done all the paperwork for the immigration for me, and the necessary procedures for going to South Korea were gone through in only about one month. All this came when I least expected it. It would take others at least four or five months to deal with these procedures. But I, who was not ready to get married yet, came to South Korea with him—my husband. Everything went so well with me. Just as the saying goes, “When God closes a door, He opens a window.”

After coming to South Korea, I really suffered a lot from the different language, food, culture, and manners. But little by little, I became accustomed to all of this. I began to enter into society, and worked at a biscuit factory and then a soft drinks plant. I treasured each job very much and worked very hard. Yet due to a variety of reasons, I lost them soon. Facing all the miseries, I couldn’t figure out how to go on living, and why I couldn’t achieve the anticipated results however hard I tried. It seemed all of this had already been mysteriously arranged. So, I gradually started to believe in destiny. And when life was difficult, I constantly thought of the words “You will have it if it belongs to you, whereas you don’t kvetch for it if it doesn’t appear in your life.” I felt as though my fate was really not controlled in my hands, and I didn’t have the final say on all these things.

Pages: 1 2
Obedience to God, The Sovereignty of God

God's word Untied The Knot in My Heart

Life Could Be So Beautiful

Is Working Hard Equivalent to Obeying God?
By Jinyan Li Xin is a co-worker in a church. Over the years of her belief in the Lord, she has always enthusiastically expended and worked for the Lo…

What Should We Do to Be Free From the Fear of Death?
Zhou Ru From the moment we are born crying into the world, we begin our life journey. As we gradually grow up, people, events, and things around us ar… 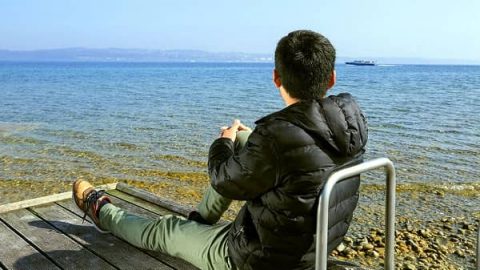