You are here:Home » Christian Testimonies » Inspiration for Life » What Do Online Games Bring to Us?

What Do Online Games Bring to Us?

Internet, the product of scientific development, has long entered numerous

households. It brings great convenience to our studying, working, and living. In addition to enjoying the satisfaction internet science brings to life, more people are worried about the future of teenagers, for more and more teenagers are addicted to online games, and their minds are full of bloody, evil, and violent scenes presented in the virtual world. Sometimes I can’t help thinking: What do science and internet really bring to us?

I remember my first time to an internet cafe with my classmates when I was in middle school. Though it was the first time I had connected to the internet, I was soon deeply attracted by the cool pictures and shocking music in online games. Later, I went to internet cafe more and more often, and unconsciously my life was full of online games. Sometimes, if I didn’t go to the internet cafe for two days, I would feel as if something was lost, and I would flee from school at night and stay in internet cafe for the whole night. Even though I was physically and mentally exhausted in daytime and was listless in class, I thought it was an enjoyment to surf on the internet. Later, I found that internet was very important to modern people’s life and work, so I chose to study computer technology. However, even though I studied computer knowledge and accessed to computers for a long time every day, it couldn’t meet my inward needs. So I still often went to internet cafe and played online games through the night. Sometimes, I was puzzled: will I be living unthinkingly day by day like this? My friend comforted me, “Don’t think too much! This is called studying theories in the daytime and practicing them at night.” On hearing what they said, I, puzzled about my future, could do nothing but comfort myself that it might become better when I found a job in the future. So I continued seeking temporary satisfaction in the virtual internet world. After graduation, I successfully found a cushy and well-paid job, so classmates around me admired me, and I was satisfied also. As my work and life became stable gradually, the tedious job could no longer satisfy me, so I followed in the footsteps of my colleagues and spent more than half of my monthly wage on online games. When I went out of the internet cafe with exhaustion, physical starvation and spiritual emptiness set me thinking: what does internet bring to me? Only the temporary pleasure and satisfaction? Will my future be like this all the time? On one occasion, I accepted Almighty God’s work in the last days. Until then, I saw the hope of life in Almighty God’s words.

Almighty God says, “From when man first had social sciences, the mind of man was occupied by science and knowledge. Then science and knowledge became tools for the ruling of mankind, and there was no longer sufficient room for man to worship God, and no more favorable conditions for the worship of God. The position of God sunk ever lower in the heart of man. A world in man’s heart with no place for God is dark, empty without hope. And so arose many social scientists, historians, and politicians to express theories of social science, the theory of human evolution, and other theories that contravene the truth that God created man, to fill the heart and mind of man. And in this way, those who believe that God created everything become ever fewer, and those who believe in the theory of evolution become ever greater in number. More and more people treat records of the work of God and His words during the Old Testament age as myth. In their hearts, people become indifferent to the dignity and greatness of God, to the tenet that God exists and holds dominion over all things. The survival of mankind and the fate of countries and nations are no longer important to them. Man lives in a hollow world only concerned with eating, drinking, and the pursuit of pleasure. … For without the guidance of God, no matter how much rulers and sociologists wrack their brains to preserve human civilization, it is to no avail. No one can fill the emptiness in man’s heart, for no one can be the life of man, and no social theory can free man from the emptiness with which he is afflicted. Science, knowledge, freedom, democracy, leisure, comfort, these are but a temporary respite. Even with these things, man will inevitably sin and bemoan the injustices of society. These things cannot allay man’s craving and desire to explore. Because man was made by God and the senseless sacrifices and explorations of man can only lead to more distress. Man will exist in a constant state of fear, will not know how to face the future of mankind, or how to face the path that lies ahead. Man will even come to fear science and knowledge, and fear even more the feeling of emptiness within him. In this world, regardless of whether you live in a free country or one without human rights, you are utterly incapable of escaping the fate of mankind. Whether you are the ruler or the ruled, you are utterly incapable of escaping the desire to explore the fate, mysteries, and destination of mankind. Much less are you capable of escaping the bewildering sense of emptiness. Such phenomena, which are common to all of mankind, are called social phenomena by sociologists, yet no great man can come forth to solve such problems. Man, after all, is man. The position and life of God cannot be replaced by any man. Mankind does not just require a fair society in which everyone is well-fed and is equal and free, but the salvation of God and His provision of life to them. Only in this way can the needs, yearning to explore, and spiritual emptiness of man be resolved.” (from The Word Appears in the Flesh)

Almighty God’s words enlightened me: Although internet and science bring convenience to man’s life, they blind man’s heart at the same time, so that man strays from God, living in darkness and emptiness. Even though science is developed and people’s recreation is bountiful, they only bring people temporary respite. Because man is created by God, only if man lives under God’s salvation and care, can their emptiness be filled and hearts be really satisfied. Thinking back to the past, it was because I strayed from God’s care and lived in emptiness that I was addicted to online games. Today, for Almighty God’s grace, I realized what I pursued before was wrong and saw the hope of life in God’s words as well. So I determined not to go to internet cafe any longer. But sometimes I still had desires to go.

One time, I yielded to the temptation of my friends and went to internet cafe again. I arrived there only to find that the once-bustling internet cafe was closed. Later I learned that it was because a student suddenly died from playing games there. On hearing the news, I could not help thanking God in my heart. If it were not for God’s keeping, wouldn’t I also end up like that? Several days later, my colleagues invited me to internet cafe again, but I refused. At first, they said that I was a coward, afraid of death, and later they even jeered and sneered at me. In thinking of the image I portrayed among my friends being collapsed, I began to struggle in my heart. In agony, I read Almighty God’s words, “… The youth should have the truth, and should not conceal hypocrisy and unrighteousness. Rather, they should stand the ground they ought to take, and should not drift with the tide. They should have the spirit to bravely consecrate themselves and strive for justice and the truth. The youth should have the courage to not yield to the suppression of the force of darkness and to change the meaning of their own existence. …the youth should have the will to discern reason and seek the truth and justice. You should pursue all beautiful and good things and gain the reality of all positive things. You should be responsible for your own life, and should not take it lightly.” (from The Word Appears in the Flesh) In Almighty God’s words, I found the direction, and realized that a good image before others is temporary. As being immersed in the virtual internet games for satisfaction only brings temporary respite, so does the good image. Only if man lives before God, can he truly feel free and released.

Now, I have bid farewell to the degenerate life, and have a proper view about internet. I no longer place my time and hope on the virtual internet, but read God’s word, practice the truth, and seek to live a meaningful life. Thank Almighty God for His salvation! All the glory be to Almighty God! 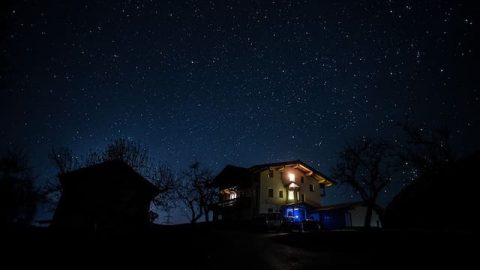 What to Do When Children Argue and Fight 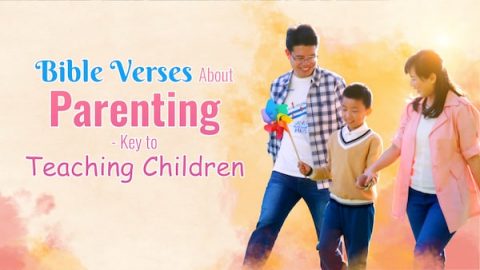 Bible Verses About Parenting Tell You the Keys to Teaching Children 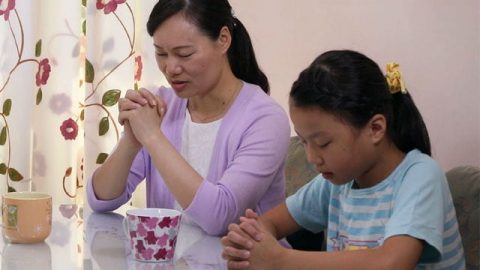 The Growth of an Obedient Girl - Christian Testimony

Following God’s Words, I Treat Brother’s Study Rightly
In order for my brother to enter a college and have a good job, I constantly urged him to study, and this put much pressure on him. But later God’s words changed me. 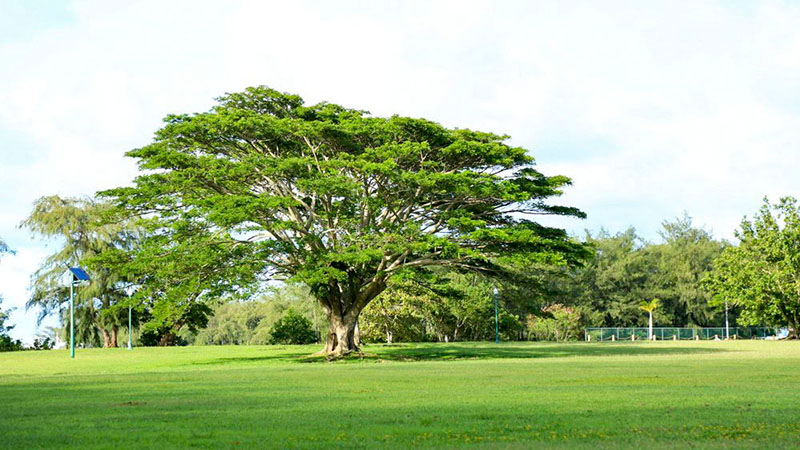 Is a Good Score Equivalent to a Good Fate?
Once, afriend made a call to me and said that she was very depressed because her child failed to get into a key high school. In her view, if one enter…

Guided by God’s Words, I Become Good Friends With Gaming Addicted Son
My son was addicted to gaming and never listened to me regardless of what I said. Our relationship was getting more and more awkward. Later, guided by God’s words, we became close friends. 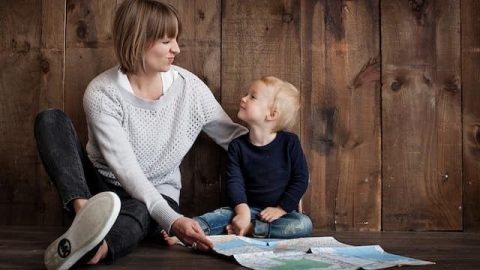 How to Educate Your Child: Lead Your Child to God
She educated her child depending on her ability, but brought harm to her physical health. When she came before God and relied on Him, she saw His almightiness.