After waking up this morning, I was aware that I should rise to read the Bible. But I didn’t want to move. I lay there, gazing at the ceiling and trying to figure out the cause of my present state: There’re many activities in our church now. We have dinner together after every meeting; the church holds different kinds of activities on festivals; sometimes we join in outdoor activities and go traveling; and the church even invites preachers from other churches to give us sermons. But we are thirsty in spirit and haven’t made much progress in our spiritual life. Believers still pursue the trends of the world; jealous disputes and struggles for the fame and gain happen too often. Everyone is in the state of sinning during the day and confessing at night, unable to extricate himself from it. Actually what is the cause of such a situation? I have asked several brothers and sisters about this question, but they couldn’t explain it clearly and some were even unaware of it. I don’t know how to walk my future path. While I was thinking, I felt I was like a kid abandoned by his mother. Tears trickled down my cheeks. I called on God in my heart to help me out.

After breakfast, Sister Wu in our church came to invite me to attend a meeting in another church. I thought: Weak as I am, I should attend meetings. So I went to that church with her. When we walked into the room, their meeting had already begun. The preacher said, “Let’s see: Why is the temple in Judaism desolate? There are two reasons. On the one hand, the chief priests, scribes, and Pharisees of Judaism opposed God and were enemies to God. Externally, they were serving Jehovah God; in fact, they went against God’s laws and commandments. For example, they killed prophets and devoured widows’ houses, and they only observed religious traditions. Because they did these unlawful things under the banner of service to God, they were detested and rejected by God, and the Holy Spirit had long ago stopped working in the temple. So it fell into desolation and became a den of thieves where cattle, sheep, and doves were sold. On the other hand, it’s because God’s work had moved forward on the basis of that of Jehovah God—the incarnate Lord Jesus had carried out the redemptive work outside the temple. However, the religious world held onto the law rigidly, didn’t seek for or keep pace with God’s new work, so they lost the work of the Holy Spirit. Moreover, when the Lord Jesus’ work came upon them, none of the religious leaders accepted or obeyed His work. Instead, they condemned and resisted the Lord Jesus frenziedly. They had become those who resisted God. This fulfilled the prophecies in the Bible: ‘And also I have withheld the rain from you, when there were yet three months to the harvest: and I caused it to rain on one city, and caused it not to rain on another city: one piece was rained on, and the piece whereupon it rained not withered. So two or three cities wandered to one city, to drink water; but they were not satisfied: yet have you not returned to me, said the LORD’ (Amos 4:7-8). ‘Behold, the days come, said the Lord GOD, that I will send a famine in the land, not a famine of bread, nor a thirst for water, but of hearing the words of the LORD’ (Amos 8:11). From these verses, we can see that ‘I caused it to rain on one city’ means that the Holy Spirit works in the church where the God incarnate appears to do His work. And ‘caused it not to rain on another city’ means that if a church doesn’t obey God’s commandments and even denies, resists, and condemns the appearance and work of God incarnate, there will not be the work of the Holy Spirit in this church. Without the Holy Spirit’s work, the believers will be thirsty and hungry in spirit, and can’t see through anything….” I was astonished when I heard these words: Aren’t I a blind person who is darkened and thirsty in the heart, and unable to see through anything? The more I listened to his sermon, the more I felt I didn’t have the work of the Holy Spirit, and I even felt there was no work of the Holy Spirit in our church. Outwardly, the church seems to be thriving, and the brothers and sisters attend meetings and serve the Lord. But in reality, they’re just going through formalities or following a process. They’re practicing the Lord’s words according to their own will. Those who crave fleshly enjoyments remain the same, and those who covet money remain the same. Does the Lord work in other churches and not in our church? Is our church the same as the filthy temple at the end of the Age of Law? I dared not to think more.

The preacher continued, “God allows the famine to befall the temple, and His intention is to force those who truly believe in Him and like the truth to look for the footsteps of His work and His appearance. Just like when the family of Jacob encountered famine, they all went to Joseph to get food. Once we find the true way, we can enjoy the supply of living water of life, restore our original faith and love….” Hearing out his communication, I was sure that our church had already lost the work of the Holy Spirit. And I suddenly sensed that the sermon today was quite different. I had never heard such a sermon before, and I received much supply from it. I thought the preacher’s sermon was really good. So I told Sister Wu after the meeting that I would go there again.

Recommended: Where Are You, Lord? – My Spiritual Diary

Spiritual Diary, the work of the Holy Spirit 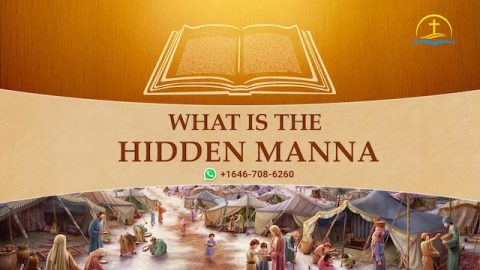 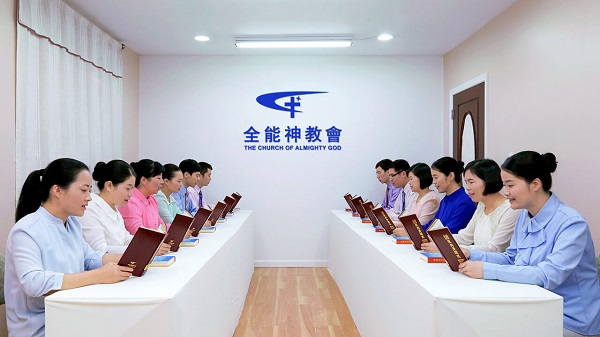 How Should You Differentiate Between the Work of the Holy Spirit and of Evil Spirits?

I Learned to Discern the Work of Satan
Meng Liang One day, Sister Yang and Sister Zheng from the Church of Almighty God came to preach to me Almighty God’s work of the last days. Sister Yan… 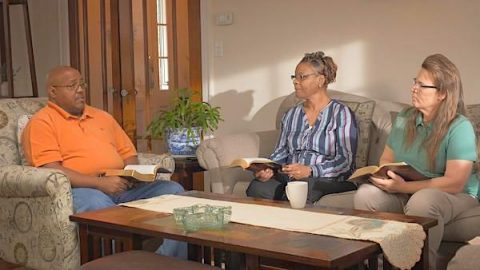 God Leads Me to See Through the Confusion of False Shepherds
Zhao Gang The northeastern China was freezing cold in November. The snow even did not melt when it touched the ground. Hunched and tucking their hands…