You are here:Home » Bible Study » Bible Devotions » Are You Worshipping God or Performing Religious Ceremony?

Pondering God’s words, I began to understand that what the Lord Jesus said referred to the chief priests, scribes, and Pharisees serving God in the temple at that time. They offered sacrifices for the people and served God in the temple over the years, used God’s words to teach the people, and even kept the scriptures from generation to generation, with the scriptures sewed to the hem of their garments, appearing to be the people who served God devoutly. However, they themselves didn’t practice in accordance with God’s requirements. They were just deceiving people by outwardly keeping the scriptures. They killed the prophets and the righteous men, devoured widows’ property secretly, and offered improper sacrifices…. In the end, they turned the temple into a den of thieves where people sold oxen, sheep, and doves, and exchanged money, offending God’s disposition seriously and being forsaken by Him. But at that time, the Jewish people not only didn’t distinguish them, but also were deceived by their facades. They blindly worshiped and supported them. So the temple at that time was no longer the place to worship God. It had nothing to do with God. In fact, the chief priests, scribes, and Pharisees were going through the ceremony and process of worshiping God, and they were worshiping idols, which was hated and detested by God.

Then I couldn’t help thinking: Don’t many believers in the churches now similarly consider the outward ceremonies and practices to be important? They think that they will be approved as long as they persist in having morning prayers, reading the Bible, giving thanks in everything and for their meals, being baptized, and offering one-tenth. They also think that the more they do such things, the more they will be approved by the Lord. They only follow the regulations and practices on the surface, but they don’t fear God in their hearts or have true testimonies in their lives. They live in a state of committing sins and confessing every day. Although they outwardly observe church service, they still think about their family affairs. Although they have morning prayers every day, their prayers are repetitious—what they pray is always the same as that the next day. Although on the surface they say grace before meals, they think that the meals will be cold if they are not quick to eat. Although they give thanks in everything, they complain about and misunderstand God in their hearts…. Can they go to God’s kingdom with such behaviors? Is that what God wants? The verse clearly says: “and holiness, without which no man shall see the Lord” (Hebrews 12:14). With those fundamental problems unresolved, can they be able to be after God’s heart only by daily praying, reading the Bible, and getting together on time, and keeping all kinds of ceremonies? Aren’t they deceiving themselves as well as others? Aren’t they fooling themselves?

I remembered God’s words saying: “So what are all these actions? Do these people worship God? Do they truly believe in God? (No.) So what are they doing? (Deceiving and opposing God.) Yes, they are deceiving God, they’re just going through the motions, they’re performing religious ceremony; using the belief in God to put on a pretense, they’re performing religious ceremony and trying to deceive God in order to achieve their aim of being blessed. They do not worship God. … But will those who have become a religion—who have become a religion in God’s eyes—be saved by God? Are they of the house of God? … When you believe in God, does it matter how many years you’ve believed for? When you believe in God, does how many years you’ve believed in God matter to whether you are praised by God? Do the rituals and doctrines you abide by matter? Do these things matter? (No.) Does God look at people’s ways of practice? (No.) Does God look at how many of them there are? (No.) So what does He look at? God has selected one portion of mankind, and what is whether they can be saved, whether God will save them, based on? (It is based on the path they walk.) Yes, it is based on the path these people walk. … To all appearances, these people who have been detested and rejected by God talk about many words and theories, and have come to understand many truths. And yet, they are incapable of worshiping God; they are incapable of fearing God and shunning evil, and are incapable of total obedience to God. In God’s eyes, God defines them as a religion, as a group of people, a gang of people, as the land of Satan. They are collectively referred to as a gang of Satan, and they are utterly despised by God.”

Through the revelation of God’s words, we can see that God doesn’t acknowledge the practices and doctrines those believers in God abide by. Even though they regard them as the foundation of believing in God and they keep them no matter how busy they are or how tight their time is, that isn’t what God wants. Because in their outward actions, they do not seek God’s will or have obedience to God, and they don’t use their hearts to experience or feel the process of God’s work. Those people have been reduced to religious groups in God’s eyes. God detests the practices of those people today in the same way that He hated and detested the actions of the priests, scribes, and Pharisees in the temple at that time. In God’s eyes, those people have nothing to do with Him. No matter how well they keep the practices, God doesn’t acknowledge that they believe in Him.

God says: “If your actions are always in appearance only, this means that you are the most vain of men. What manner of man is he who only has superficial good deeds but is devoid of reality? Such men are hypocritical Pharisees and religious people! If you do not put off your outward practices and cannot make changes, then the elements of hypocrisy in you will grow even more. The greater the elements of hypocrisy, the more resistance there is to God, and in the end, such manner of men will surely be cast away!” “If you only focus on the knowledge in theories and only live among religious ceremonies without going deep into reality, without entering into real life, then you will never enter into reality, you will never know yourself, the truth, or God, and you will always be blind and ignorant.” The Lord Jesus also says: “You shall love the Lord your God with all your heart, and with all your soul, and with all your mind” (Mathew 22:37). From God’s words, we can see that God’s desire is to gain our hearts but not our outward practices. He wants us to practice and enter into His words, and to experience every bit of God’s work on us in our lives to understand His will. Thus we will gradually give our hearts to Him and love Him from the bottom of our hearts. Whether we pray, sing hymns, think over God’s words, or attend meetings, what matters is not the process, but to attain the true effect. For example, when praying, we should seek what the purpose of our prayers is, why we pray to God, how we open our hearts to God so that He will listen to our prayers, and from what position we say and our prayers will be suitable and reasonable. When reading God’s words, we should seek what His intention is in saying the words, what effect He wants to have, what our deficiencies are, and how we should practice to satisfy God. When attending meetings, we should seek all the more what communications are exalting God and bearing witness for God, what words we say are to show ourselves off, and what adulteration is in our hearts. Only when we consciously practice God’s words and seek His intentions in tiny little things, can we be the believers in God before Him and bear a beautiful and resound testimony. For example, Abraham could honor God as great, absolutely followed His words and obeyed His demands. He was willing to return his only son to God unconditionally and was blessed by God. Job could follow the way of God—fearing God and shunning evil. He didn’t complain about God during his trials, but still praised God’s name and held on to His way, which is commended by God. Peter is another example. He paid attention to being considerate of God’s will and obeying God’s demands in all things. In the end, he was crucified upside down for God, and achieved the supreme love of God and obedience unto death. All of them are the people who practice God’s words and obey God’s commandments. They are the people who fear and obey God. Such people are the true believers in God. If we believe in God only based on our concepts and imaginations, and consider abiding by doctrines and ceremonies as truly believing in God and worshiping God, no matter how well we do that, we will be cast away by God as religious groups. 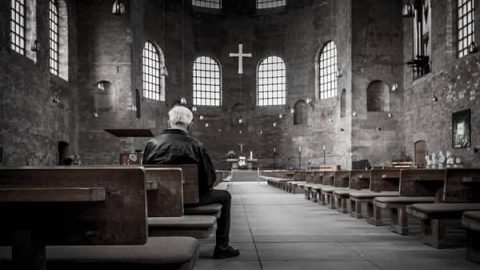 Seek the City With Rain: Where Is the Work of the Holy Spirit?

Preacher’s Confusions: Where Is the Work of the Holy Spirit? 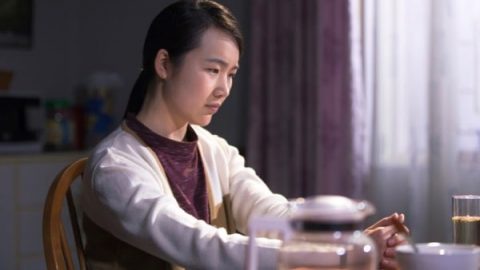 If Fasting and Prayer Cannot Revive the Church, What Else Can We Do? 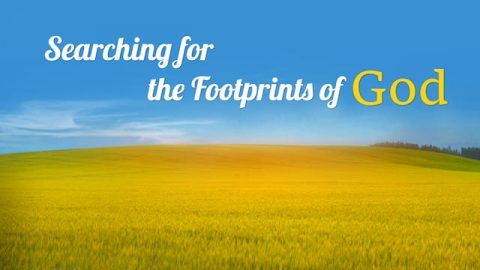 Come Out of the Desolate Temple to Look for the Lord’s Footsteps!
Have you felt the church which once belonged to God has become a desolate temple? Have you actively searched for the footsteps of the God’s?

Whom Do Pastors Serve, God or Mammon?
The Church becomes a trade market; Pastors treat serving God as managing their livelihood: The Pharisees have reappeared. Is this a church where to worship God? 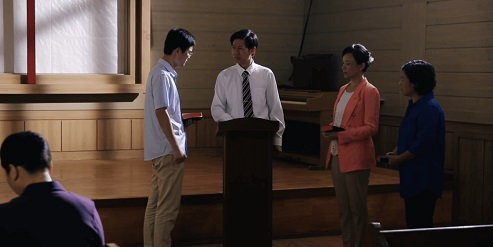 Why Are So Many Churches Hungry and Desolate?
Question 1: For years, we feel an emptiness in our church. We’ve lost the faith and love we had at the start, and become weaker and negative. The prea…