In recent years, religious movies have attracted increasing attention. The moving story of the hero who, after experiencing many twists and turns, finally gets out of difficulties often brings hope to many people still in confusion. “Child, Come Back Home!” is such a movie which tells a real and touching story: Li Xinguang, a high school student, gradually loses himself after being addicted to the Internet; after witnessing his friend’s unexpected death and being troubled by nightmares, he, under the leadership from God’s words, sees through the essence of online games, breaks internet addiction and finally walks on the bright path of life.

The hero Li Xinguang used to be obedient and sensible. However, while in middle school, he becomes addicted to online games and then begins to cut classes and go to internet cafes, getting more and more decadent and rebellious. His parents are so worried that they have tried every means possible to break his gaming addiction but to no avail, only making the father-son relationship worse. The movie unfolds itself around the story about how Li Xinguang gradually sees through the essence of online games and gives them up in the end. The story, set in the age when the Internet brings various poisons and disadvantages to humans, while showing the conflicts that internet addiction creates to a typical Chinese family, points out the practical path to solving it. At the end of the film, the hero changes from being rebellious and decadent to positive and progressive, and successfully turns his life around, which brings hope to many teenagers who are deeply harmed by internet addiction, as well as their miserable and helpless parents. Undoubtedly, it is a movie which is of much benefit to the whole society and the whole mankind.

He Used to Be Innocent and Lively

In a few flashbacks, we can know from his mother’s memory that Li Xinguang, before being addicted to the Internet, was a “three good” student who possessed a remarkable talent for music and was much loved by his parents and teachers.

He Is Confused and Decadent Now

Unfortunately, Xinguang, while in middle school, gets addicted to online games, and then becomes decadent and depraved, which casts a pall over the happy and harmonious family. His parents have taken various measures, but none of them work. Afraid that Xinguang will undergo inhumane treatment in the Internet Addiction Treatment Center, they send him into a boarding school, hoping to break his gaming addiction. Unexpectedly, Xinguang still cuts classes and goes to the internet cafe to play games as before.

Pathetic are the feelings of all parents under heaven toward their offspring. Seeing that their son is addicted to the Internet and becomes increasingly decadent, Xinguang’s parents are so anxious that they have tried everything to find a solution, but still don’t know how to break their son’s gaming addiction. As the Internet has been rapidly popularized and widely used in the world, many new things, such as online games, appear, and internet addiction has become a major problem in contemporary society. Xinguang is precisely a microcosm of those teenagers who, while enjoying the excitement and pleasure brought by online games, are continually poisoned by the eroticisms, violence and lies in them, with the result that they are in no mood to work or study, distance themselves from their friends and family members, even confuse real life with virtual world, and end up becoming a decadent generation.

The end of man is the beginning of God. When Xinguang’s mom learns from her colleague that believing in God can help her son give up internet addiction, hope flares up inside her. In the next scene, He Jing and her husband, both Christians, communicate with Xinguang’s parents about a range of problems which have puzzled people for a long time, such as why the world is so evil and dark, why humans are so corrupt, why people live with so much suffering and affliction, what tricks and methods Satan uses to corrupt humanity, what the essence of negative things like social trends and online gaming is, and why this society develops and popularizes online games, and so on. Their insights are original and revealing, and provoke us into thinking: What on earth lies behind online games? Then He Jing and her husband share their experiences about how they believe in God, rely on God and act according to God’s words and how they have a heart-to-heart with their child, guide him to believe in God and successfully help him give up internet addiction. Through listening to their experiences and reading God’s words, Xinguang’s parents come to understand that they are partly to blame for Xinguang’s problem, and finally find a practical way to help Xinguang break internet addiction and begin to change their previous educational method. 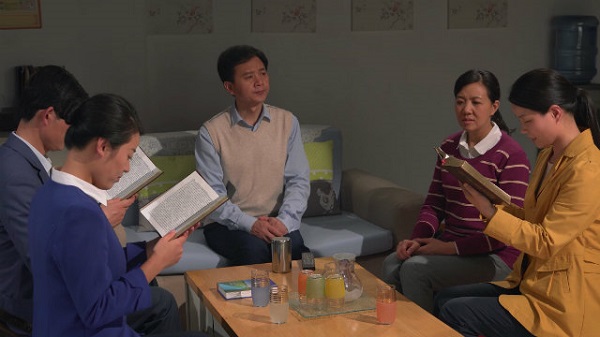 He Is Struggling Bitterly

Xinguang, after receiving apologies from his stern father and hearing his parents’ earnest prayer, is touched bit by bit by their true transformations. Then he starts to feel guilty, with the thought of breaking away from internet addiction forming in his heart; however, when faced with the temptation of online games, he still can’t overcome it. “I know online gaming is bad, but I can’t control myself. If I don’t play, I feel terrible.” This sentence expresses the heart’s voice of him and the problem he faces.

In this movie, the director uses a representative of the younger generation as a sample to reflect a common social phenomenon. While feeling sorry for them, we can’t help but think: How long will the satisfaction and pleasure brought by online games last? Do they bring more harm or more good to human society?

The sudden death of Feng Hao, Xinguang’s classmate, is a major turning point in the movie. When the doctor announces the death of Feng Hao, the director portrays his parents’ anguish of their bereavement in medium shot, and then gives Li Xinguang a close-up: He sheds bitter tears, with his face turning ashy pale. He has never imagined that playing games can lead to death. 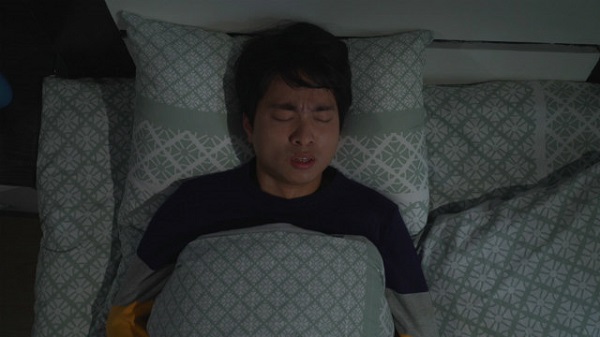 Then a nightmare makes Xinguang more terrified and confused. When his parents comfort him, “Only God can save us from the affliction of Satan,” Xinguang feels as though he was thrown a lifeline. After reading God’s word, he gradually understands that only God is capable of saving him, and then he starts to repent and tells his parents that he really wants to get rid of internet addiction and walk on the true path of life.

He Sees the Dawn Through the Fog

But how can it be so easy to give up internet addiction? Facing his classmate’s temptation, Xinguang can’t help playing games again at home and doesn’t stop until the computer is down. At that time, he feels tired and lies in bed. When his gaze falls on The Word Appears in the Flesh on the nightstand, he can’t help but think of the oath he has made with God. He has betrayed God over and over; getting away from internet addiction seems to be a dream for him. Feeling so bad and anxious, Xinguang repents to God once again and prays for His salvation.

The sentence “God is almighty” is mentioned many times in the movie and Li Xinguang’s genuine change further confirms the authenticity of it. The words of Almighty God have revealed Satan’s schemes behind online games, which enables Xinguang to see through the true essence and danger of them. Besides, the testimonies of some young Christians, who share the same experiences as Xinguang and now successfully free themselves from the affliction of internet addiction, make him better understand: Only through reading God’s words in earnest, seeking to understand the truth, engaging with positive things more and allowing God’s words to occupy his mind, can he thoroughly give up internet addiction, break away from Satan’s harm and walk on the bright path of life. 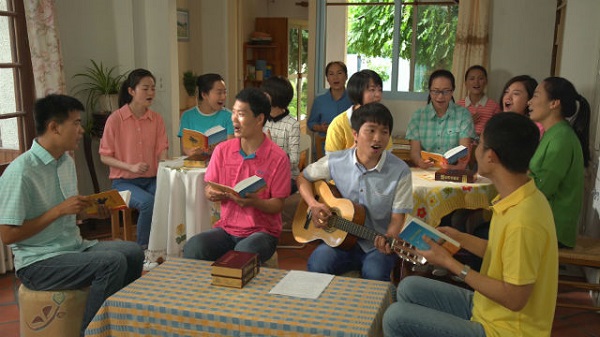 He Successfully Turns His Life Around

At the end of the film, the director uses two scenes to portray Li Xinguang’s determination to break away from internet addiction. One is that after class, when his classmates ask him to pvp with them, he flatly refuses their temptation. The other is that he tears the game poster down from the wall without hesitation; the words “I won’t play games anymore” further show his strong desire and determination to give up internet addiction. With the theme song “Come Back Home, Child!” playing, the director leads us to review the plot and displays Xinguang’s episodes of participating in church life, showing us a positive and progressive boy who is entirely different from before. It is because Xinguang believes in God and reads God’s words that he starts to be able to distinguish between positive and negative things, learns to pray to God and rely on God, and walks on the right way of human life. I believe whoever sees this movie will deeply feel that believing in God is really good. Li Xinguang’s long journey of breaking gaming addiction has gripped many people’s hearts, and brings hope to those who are still wavering at the crossroads of life. Only God can save man from internet addiction and the dark influence of Satan—perhaps this is the most important message that the movie conveys to us. 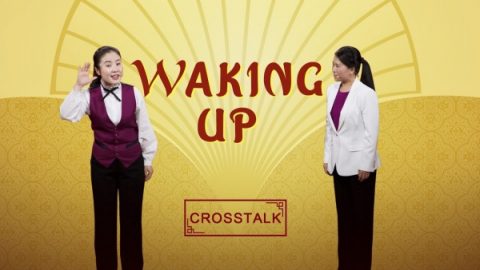 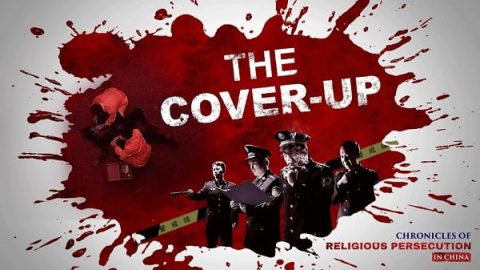 Movie Review of the Cover-up: Unmasking the Truth of the Implausible Death

Review: Red Re-education at Home—Who Causes the Family Conflict?
The movie clearly shows audience the truth of the family conflict of believers in God, making them know the real reason why the believers in China have to abandon their families. 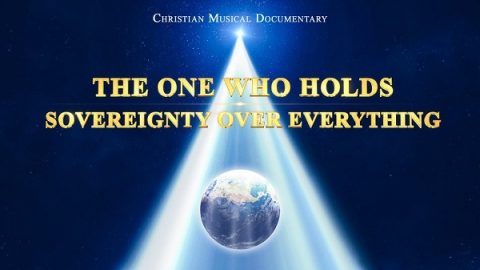 Review of The One Who Holds Sovereignty Over Everything: Seeing Who Rules Over All Things From Three Aspects
The musical documentary The One Who Holds Sovereignty Over Everything transmits to us the following messages: 1. Who Commands the Junctures of Life Man Has to Experience 2. Where Do All Things Originate From and Who Controls Them 3. Who Rules Over the Fates of Nations, Peoples and Mankind 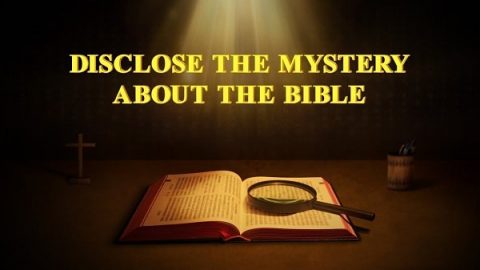