What Should You a Christian Do in Trials? 3 Principles Give You the Answermost 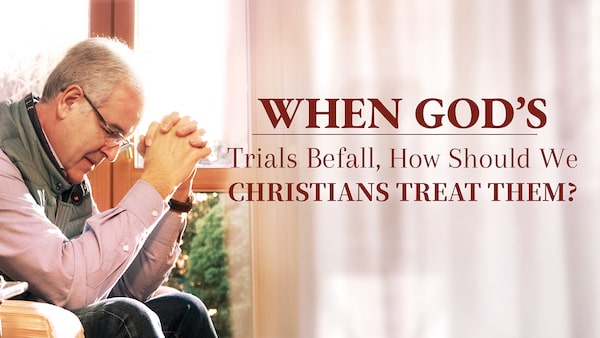 First, we should understand that all trials and refinement are God’s arrangements, and that contained within them is God’s love, God’s will, and God’s requirements.

We all know that God is the Master of the heavens and earth and all things. So when trials and refinement come upon us, we should first believe that they are authorized by God, not out of human arrangements or natural law. Meanwhile, we should also be aware that behind whatever God does lies His love for us. God allows trials and refinement to come upon us because there are many things within us that don’t accord with His intentions, such as our rebellion and corruption, and our motives and adulteration in belief in God. Without trials and refinement, it is not easy for us to change and get rid of these things. Take Moses as an example. In the beginning, he was full of naturalness, such as his enthusiasm, kindness, and hot blood. So when he spied an Egyptian smiting a Hebrew, he slew the Egyptian based on his hot blood. With satanic dispositions like this in him, Moses was very likely to do something that would interrupt and disturb God’s work. Therefore, God had him endure refinement in the wilderness for forty years, during which time his naturalness was gradually wearing thin. And in that harsh environment, he, through constantly praying and crying out to God, truly felt that God was right by his side and saw many of His wondrous deeds, which allowed him to gain true knowledge of God’s authority and power and develop true faith in Him. Finally, he was able to obey all of God’s orchestrations and arrangements and was fit for God’s use—to lead the Israelites out of Egypt. From the example of Moses, we can see that whatever God does and however He tests or refines us, His intention is to change and cleanse us, as well as to allow us to see His loveliness in trials and refinement, so that we can finally know Him and be perfected by Him. Just as the Bible says, “Wherein you greatly rejoice, though now for a season, if need be, you are in heaviness through manifold temptations: That the trial of your faith, being much more precious than of gold that perishes, though it be tried with fire, might be found to praise and honor and glory at the appearing of Jesus Christ” (1 Peter 1:6-7).

Second, during trials, we should come before God, pray and seek His will, and obey His work.

When a trial befalls us, we should first accept and obey this situation, and then quiet our hearts before God to pray and seek His will. This is an important principle of practice. What God’s will is, which aspect of our corrupt dispositions God is to resolve, what God is to perfect in us, which truths we should enter into, and how to stand witness to satisfy God—all these can be understood only when we obey God’s work and return to our spirit in time, quiet ourselves before God, and then sincerely pray and seek God to obtain the enlightenment and illumination of the Holy Spirit. If we don’t pray to God in trials, there is no way for us to gain the Holy Spirit’s enlightenment and illumination, and hence we will be unable to understand the significance of God’s testing us and may easily misunderstand and complain to God, thus losing our testimony. Therefore, it is very important for us to pray to God, seek the truth and grasp His will during trials. When Job was tried, his livestock was stolen and calamity befell his children, and he was transformed from a rich man possessed of great wealth to someone who had nothing overnight. Job, however, obeyed such a situation rationally and calmly. As it is written in the Bible, “Then Job arose, and rent his mantle, and shaved his head, and fell down on the ground, and worshipped, And said, Naked came I out of my mother’s womb, and naked shall I return thither: Jehovah gave, and Jehovah has taken away; blessed be the name of Jehovah” (Job 1:20-21). From Job’s conduct, we can see that he had a God-revering heart in trials: Before understanding God’s will, he didn’t carelessly jump to conclusions, but was able to submit and pray to God and seek His will. In seeking, he came to understand that one’s property, children, as well as one’s own life, are all bestowed by God, and that if God wants to take them away, it is perfectly natural. So he didn’t complain to God but rather offered his thanks and praise to God, bearing a beautiful and resounding testimony for God. Job’s practice like this in trials is worthy of our emulation.

Third, we should have unshakable faith to stand witness for God, and it is preferable to curse ourselves than to complain to God. 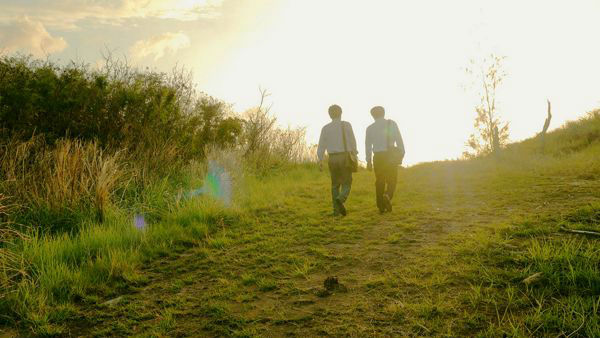 During the trials, if we still don’t understand God’s will or know what to do after repeated prayers, then we should have the resolution to suffer hardships and maintain our faith and obedience toward God. No matter how incompatible God’s work is with our notions, we should neither have our own choices or demands nor complain to God, but instead should submit to God’s arrangements, maintain our loyalty to God, and fulfill our duties to the best of our ability. Even if we are incapable of performing our duties, we should still persist in reading God’s words and drawing close to Him in our hearts. When we entrust our everything to God, including our prospects and destination, and resolve to stand witness for God in trials, God will appear to us. Think about Job, who was faced with trials one after another. He was first stripped of all his property and children and then he himself had sore boils all over, during which time, although he suffered unbearable pain and didn’t know why those situations happened to him, he was able to obey God’s arrangements without asking Him to remove such situations. He maintained his true faith in God and would rather curse himself than complain to God. Even when his wife asked him to abandon God and die, he still didn’t say anything to offend God. As Job had never denied God or complained to Him, but still praised and worshiped Him, standing testimony for Him, God revealed His back to him in the end and blessed him with double the fortune and lifespan he’d originally had.

In summary, if we can practice according to these three principles mentioned above when trials and refinement befall us, I believe we will surely be able to stand witness for God and gain a lot from trials.

Tags: Devotions on Trusting in God in Difficult Times Obedience to God Overcoming Hardship The Goodwill of God
Previous

How Can We Exalt God? Here Are 3 Best Ways

Three Key Elements of Being the Poor in Spirit

Entrusting All to God, I Easily Got Rid of the Pressure of Finding a Job After Graduation

When I, a college graduate, was about to collapse under the huge pressure of finding a good job, through reading God’s words, my pressure was relieved and I realized that what I should do in job-hunting was entrust all to God.

By Jinyan Li Xin is a co-worker in a church. Over the years of her belief in the Lord, she has always enthusiastically expended and worked for the Lo…

God used Moses after he was refined in the wilderness for 40 years. What had he gained from the refinement of 40 years? Now, what should we learn in trials?

Everything God created has its own form and laws, and it is good with God. Then how should we treat them in a way that conforms to the intention of God?

Why will God mete out all manner of disaster?
How can one be protected in disasters and survive them?
3 Aspects to Help You Understand the Significance of the Lord Jesus Incarnate
Two Stories Tell You What Real Faith in God Is