As there are more and more people believing in Christianity, we are not unfamiliar with belief in God. Though many people believe in God, most of them don’t understand what true faith in God is. Perhaps many believers don’t agree with this word and they say: “Aren’t you thinking less of us? Since we have believed in God for many years, is it possible that we don’t understand what faith in God is?” Some say, “Believing in God is admitting that there is a God, and I believe that God created the heavens and earth and all things, and that God truly exists. Isn’t this believing in God?” Some say, “I often read the Bible, pray, attend gatherings, and spread the gospel. Doesn’t it count as true faith in God?” Some say, “I can recite the famous chapters and sayings from the Bible. So who dares to say I am not a true believer in God?” Some say, “I am able to sacrifice for the Lord, and I’ve been working, preaching and spreading the gospel for many years, and I always look over and support brothers and sisters. Don’t I truly believe in God?” People use many sayings like these to prove that they are true believers in God. However, have we ever thought about whether these views are right? 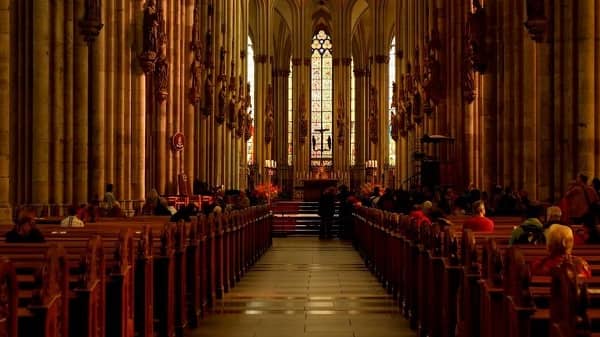 Let’s see what the Lord Jesus said about it: “Many will say to me in that day, Lord, Lord, have we not prophesied in your name? and in your name have cast out devils? and in your name done many wonderful works? And then will I profess to them, I never knew you: depart from me, you that work iniquity” (Matthew 7:22-23). From these scriptures, we can see that those who spread the gospel, cast out demons and performed many miracles in the name of the Lord Jesus also had meetings, preached sermons and spread the gospel, expending and suffering a lot, but the Lord Jesus said He didn’t know them and called them evil-doers. In our conceptions we believe that they were true believers in God who were surely praised by the Lord. But in fact, the Lord not only didn’t praise their faith, but even condemned and eliminated them. Then can we still think that those who believe there is a God, know the Bible well, and work and sacrifice for the Lord have true faith in God? Actually, true faith in God is not as simple as we think, and there is truth in here to seek. Then what does true faith in God mean? Let’s have a fellowship over this issue.

Therefore, we must understand what true faith in God is before we can succeed in believing in God. If we carelessly believe in God and just go through the motions, clinging to the old perspectives and observing some religious rules, even though outwardly we have meetings, pray to God, read God’s words, and spread the gospel, inwardly we will never know what faith in God is or the results we need to achieve in believing God. Moreover, we will become arrogant and pompous for the equipment of words and theory and the appearance of sacrifice. If we neither pursue the truth of belief in God nor see things and comport ourselves according to the truth, we will unknowingly follow the steps of the Pharisees. Therefore, if we wish to achieve good results and succeed in our belief in God, we must step onto the true way of believing in God.

Dear brothers and sisters, If you have any understanding or enlightenment from God, welcome to share with us via the online chat window at the bottom of the website or send an email to info@hearthymn.com. We sincerely hope we’ll grow spiritually through sharing with each other.

Why Shall Christians Learn to Discern the Words of Satan?

How To Have True Faith In God?

When I got the offer from the university, I knew that man's fate is in God's hand and I will trust in God and submit to the sovereignty of God in the future.

To believe in God is not just to gain grace. Establish a proper perspective of pursuit, pray to God with obedience in everything, and we will be closer to the Lord.

After I welcomed the Lord’s return, misfortunes befell me for several times. It was God’s words that guided me to overcome Satan’s temptations.