Q&A About The Inside Story Of The Bible (1)

I’ve studied the Bible for more than twenty years. I’m sure that outside the Bible there is no God’s word. All God’s word is in the Bible. Any belief against or beyond the Bible is a heresy and is a fallacy.

Answer: Does the saying “outside the Bible there is no God’s word and any belief beyond the 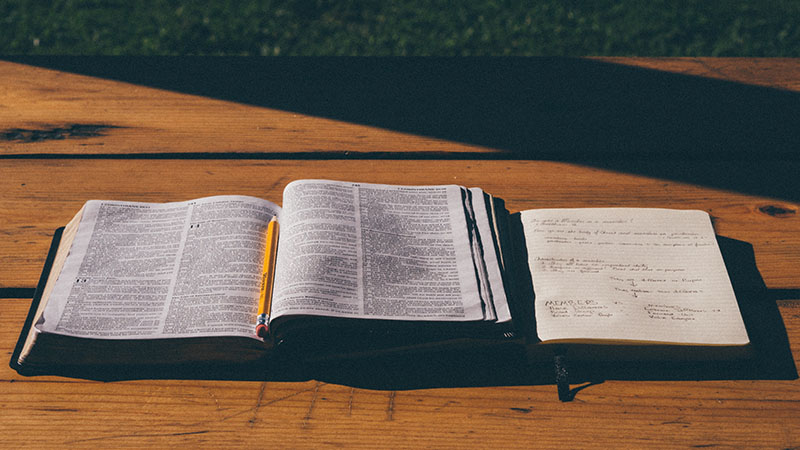 As to the truth in this aspect, let’s see what Almighty God says. “In Jesus’ day, He led the Jews and all those who followed Him according to the work of the Holy Spirit in Him. He did not look to the Bible for evidence, but spoke as His work dictated. He did not concern Himself with what the Bible said, did not lead His followers down a path found in the Bible. From the very beginning, He preached the way of repentance, and the word ‘repentance’ was not mentioned at all in all the prophecies in the Old Testament. Not only did He not follow the Bible, He brought forth a new path and did a new work. He did not make reference to the Bible when He preached, and the miracles He worked—healing the sick, casting out demons—had never been performed by men during the Age of Law. No one in the Age of Law did the work He did, taught those lessons, had that authority. He simply did His new work, though many people condemned Him, even crucified Him, by using the Bible. His work went beyond the Old Testament; if that had not been the case, why would they have nailed Him to the cross? Was it not because His teachings, His power to cure the sick and cast out demons, had never been recorded in the Old Testament? … In people’s eyes His work was not based on a shred of evidence, and in many ways it ran counter to what was recorded in the Bible. Were they not grossly in the wrong? Must God’s work obey any rules? Does He need to follow the words of prophets? Which is greater, the Bible or God? Why must God’s work be in line with the Bible? Is it really not within His right to stand above the Bible? Can He not depart from it and do other work? Why did Jesus and His disciples not observe the Sabbath? If He was to practice the commandments of the Old Testament, then why, after His coming, did He not observe the Sabbath, but washed others’ feet and covered His head, broke bread and drank wine? Were these commandments mentioned in the Old Testament? If Jesus was to adhere to the Old Testament, why did He break these rules? You must know which came first, God, or the Bible? As He is the Lord of the Sabbath, can’t He also be the Lord of the Bible?” (from “Concerning the Bible (1)” in The Word Appears in the Flesh) Over so many years, we all thought any belief apart from the Bible was a heresy. Today, after reading Almighty God’s word, we know God never works according to the Bible or works by consulting the Bible, much less does He look for paths in the Bible to lead His followers. Rather, He’ll do a newer work and bestow to man a newer way beyond the Bible. Brothers and sisters, God is the Ruler of all things. He is not only the Lord of the Sabbath but the Lord of the Bible. God is fully entitled to do a newer work according to His own plan and the need of mankind. So, “outside the Bible, there are no God’s word and work, and any belief apart from the Bible is a heresy,” this saying is untenable.

from the movie script “Disclose the Mystery About the Bible”

Q&A About The Inside Story Of The Bible (2)

Q&A About The Dissection Of Paul’s Substance (8)

The answer from God’s word: “The Bible is not entirely a record of God’s own utterance; rather, it is just an account of the first two stages of God’s…

Is Bible entirely the word of God and inspired by God? But in the Bible there are the words of Satan and the ass saying to Balaam, how to explain this?

A Discussion—A New Understanding of the Bible

Some people say all God’s word is in the Bible. If this is the case, is the little scroll, sealed with seven seals and recorded in Revelation, the Bible?

Believers in God Should Not Merely Cling to the Bible

Not until a fellowship did I realize that it’s more important to understand the truth than to constrain the belief within the Bible, a record of God’s work.