What Is the Difference Between the Apostles’ Work and God’s Work?

The Appearance of the Apostles

Some people define apostles as people who undertook a mission and spread the Lord’s salvation. If we study the Bible carefully, we will easily find that those who served God in the Old Testament were called priests or prophets rather than apostles, and that the word “apostles” first appeared in the New Testament.

In the Age of Grace, when the Lord Jesus was doing the work of redemption, He selected the twelve disciples. He personally led, watered and shepherded them, and took them everywhere to spread the gospel of the kingdom of heaven. Under the Lord Jesus’ leadership, the disciples gradually had some knowledge of His work and words and became certain that He was the coming Messiah. After the Lord Jesus was crucified and resurrected, He appeared to the disciples for forty days, and commanded them to spread His gospel of redeeming mankind to the whole world so that everyone could gain His salvation. Because they accepted the Lord Jesus’ commission, they spread His salvation far and wide; these disciples were later called apostles.

The Work of the Apostles

The work of the apostles was to spread the Lord Jesus’ gospel, establish churches, support, water and shepherd believers, and do their utmost to complete God’s commission.

In retrospect, when the Lord Jesus sent His apostles out to all nations and places to preach the gospel, the Holy Spirit was always with them, so no matter where they went, there were many people returning to the Lord. Just as when Peter and other apostles spread the gospel in Jerusalem, the Holy Spirit performed His great work. As a result, many people were moved after listening to what these apostles preached, and were willing to be baptized and return to the Lord Jesus. At that time, about three thousand people accepted the Lord Jesus’ work. After that, the apostles parted and went to Asia, Europe, Africa, America and other places to preach the gospel. Now, the Lord Jesus’ gospel has spread to the ends of the earth, reached every home and become a household name.

Every time we read the scriptures that record that the apostles were unafraid of the persecution of the ruling power, established churches everywhere, watered and shepherded believers, and finally sacrificed their lives for the Lord in order to spread His gospel, we cannot help but admire and praise them, and also take them as our models and are willing to follow their example. However, some people think that because the work of the apostles had the guidance of the Holy Spirit and came from God, it represents God’s work. Is this view right? 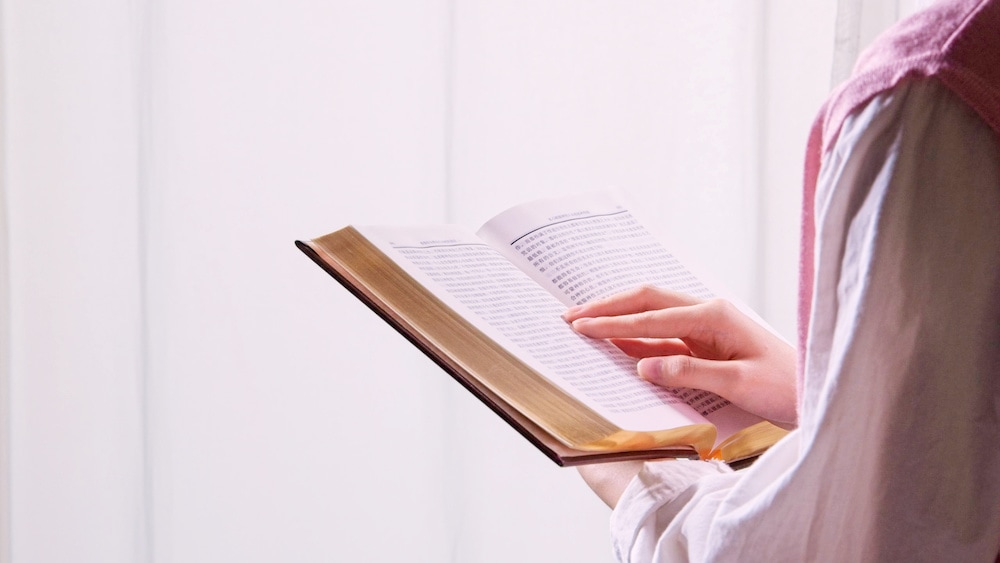 From this passage, we understand that the work God does is to usher in a new age and bring the old age to an end, which can show man a new direction. Just as when the Lord Jesus came, He initiated the Age of Grace and concluded the Age of Law. He preached the way of repentance, and then baptized people, healed the sick, and cast out demons. In the end, all of mankind was forgiven their sins and redeemed. However, the work of the apostles was only to fulfill the work entrusted by the Lord Jesus, and they could not initiate the Age of Grace nor conclude the Age of Law. For example, it was only after the Lord Jesus completed the work of redemption and was resurrected and returned to heaven that Peter, John, James and Paul could spread and testify to His gospel in all nations and all lands, establish churches, shepherd and water believers. The content of their work was to spread and bear witness for the Lord’s words and work, lead man to come before the Lord, and bear their burden to write letters and fellowship about the truth to resolve the problems in churches and the situations of the brothers and sisters. This was the work and duties of the apostles. The work they did was just to fulfill man’s duties and could only serve as guidance, support and assistance in regard to man’s entry into life. For instance, they could point out some ways of practice in the growth of spiritual life for believers to draw on, follow and enter into, thus making it easier for believers to understand the truth and know what God has and is. From this, we can see that the work of the apostles does not represent the work of God.

The apostles were merely people who worked for God, they were not incarnations of God. Only the incarnate God can do the complete work of saving man, and only God’s words can provide us with life, point out practical paths for us to walk, and bring us a new direction. No matter how we praise the apostles who devoted everything to preaching the Lord’s gospel, we cannot say that their work can represent God’s work, nor can we treat them as God. If we do, it is resisting and blaspheming against God. God’s work can only be performed by God Himself; nobody can replace Him, including the apostles. This is what we believers in God must understand at the very least.

• How to Distinguish the True Christ From the False Ones?

• Mastering These Principles to Guard Against False Christs

Why Was the Samaritan Woman Able to Recognize Jesus as the Messiah?

What Does Rest Mean in the Old and New Testament and the Revelation?

Many people know that the parable of the lost sheep shows God’s love and salvation for mankind, but few know that this parable contains God’s profound love and wisdom of His work.

It says in 1 Corinthians 11:3 that the man is the head of the woman, so Sister Anna had believed that the Lord would still be a man when He came back. But later, how did she come to a different understanding of this verse?

Do you know the meaning of the parable of the new cloth and old garment in Luke 5:36? Through fellowshiping, I got a new understanding of it.

Peter once denied the Lord Jesus three times. So, why did the Lord Jesus still choose Peter to shepherd the church? This article will tell you the real reason why Peter received God’s approval.