At dusk, after I prayed to the Lord at my desk, I read chapter 20 of the Gospel of Matthew where it says that those who went into the vineyard early finally got the same wages as those who went late. I thought, “If those of us who have sacrificed and labored for the Lord for many years finally get the same wages as those who work for Him late, won’t this be God purposely favoring the latecomers?” I always thought so. 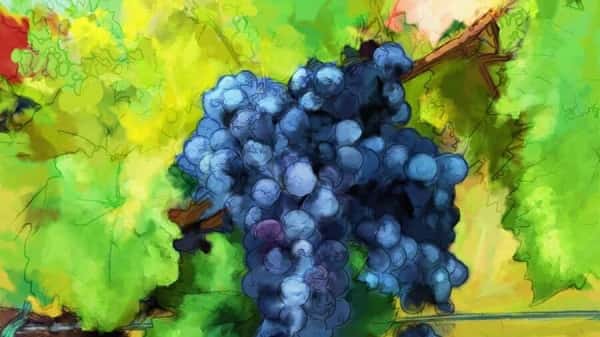 One day, I ran into a fellow church member, and as we talked I told him about the question that had confused me. He said, “I also had that kind of misunderstanding. I didn’t understand God’s will until recently, when I read a certain book, that I came to understand this aspect of the truth.” As he said that, he took the book out of his bag and read me a passage, “No matter how much of God’s word you have heard, how much of the truth you are able to accept and have understood, how much reality you have lived out, or how much result you have obtained, there is one fact: The truth, the way and the life of God is bestowed freely on each and every person, and this is fair to each and every person. God will never favor one person over another because one has believed in Him for a long time and the other for only a short time, nor will He treat anyone differently because of their age, their appearance, their gender, the family they were born into, their family’s background, etc. Each and every person obtains the same from God. He doesn’t make anyone obtain less, or make anyone obtain much more. God is fair and just to each and every person. He provides for man in time and in proportion, not letting them go hungry, cold or thirsty, and He satisfies all the needs of man’s heart. When God does these things, what does God require of man? That is, when God bestows these things on man, does He have a selfish motive? (No.) He doesn’t have any selfish motive. This is for certain” (“Man is the Greatest Beneficiary of God’s Management Plan”). These words cleared up my misunderstandings of God. As it turned out, God treats everyone fairly. In the course of His salvation work, the truth He bestows to us and the environments and opportunities He arranges for us are all the same. Whether we ultimately attain the truth depends on whether we love and seek the truth. If we do not love the truth, and do not pursue the truth, even if we have believed in God for many years, we will lose the opportunity God gives us to obtain the truth, and in the end we will obtain nothing and be seen as evil-doers in God’s eyes. However, some people haven’t believed in God for very long, but they have a heart that loves and craves the truth. They often pray to God, seek the truth and act according to His word when encountering things. Finally, they will attain the truth and have a pleasant destination.

I thought back to when God led the Israelites out of Egypt. They wandered in the wilderness for forty years. Those young men and the lofty “warriors” looked up to by others all died in the wilderness because of complaining about God; eventually only the women and children who obeyed His sovereignty and arrangements and never complained about Him entered Canaan. That is quite contrary to our imaginations and conceptions. Take another example: The Jewish chief priests, Pharisees and scribes believed that they were familiar with the Bible and the law and some of them traveled far and wide to preach the gospel, so they felt that they worked most and had impressive qualifications, and that they were best qualified to welcome the Messiah and receive His selection. However, when the Lord Jesus came to work, He didn’t choose them, nor appear to work among them according to people’s notions and imaginations, but instead He chose the fisherman Peter, the farmer John and others as His disciples outside of the temple because He knew the Pharisees didn’t have a God-revering heart. They served God using their years of work as capital; they arrogantly and stubbornly held to themselves and denied the appearance of God because the Lord Jesus was not called Messiah. They clearly knew that the Lord Jesus’ word has authority and has power, and yet they were not willing to let go of their status or seek the truth, much less accept God’s new work. Moreover, they resisted His work with their knowledge of the Bible and their notions and imaginations. Therefore they were eliminated by the Lord Jesus’ work. On the contrary, though the disciples of the Lord and the Jews who followed Him had less knowledge of the Bible and didn’t, like the Pharisees, travel around the world preaching the gospel and work hard, yet they had a fearful and seeking heart and also had a thirst for the truth. Thus the Lord Jesus bestowed the gospel of the kingdom of heaven and the way of repentance upon them, so that they could receive His salvation.

We determine who deserves to win God’s approval on the basis of who has believed in God for a long time, who understands the Bible more, who works hard or who is respected by people. While God doesn’t judge people by these. He establishes one’s outcome not according to the outward objective factors but according to whether he attains the truth. Just as a passage in the book says, “I decide the destination of each person not on the basis of age, seniority, amount of suffering, and least of all, the degree to which they invite pity, but according to whether they possess the truth. There is no other choice but this” (“Prepare Sufficient Good Deeds for Your Destination”). It can be seen that God eventually decides man’s outcome based purely on whether he possesses truth. This is the standard by which God judges man. For God doesn’t look at our status, seniority, our time spent believing in Him or amount of suffering, thus regardless of whether we are leaders or ordinary believers, all those who long for and seek the truth and who are humble or obedient will obtain God’s enlightenment and blessings, like the laborers who went into the vineyard late. All those who have believed in God for a long time but have not obtained the truth will be eliminated in the end, no matter how much suffering they have endured or how qualified they are. That’s an undeniable fact that nobody can alter.

The Lord Jesus said, “Blessed are the poor in spirit: for theirs is the kingdom of heaven” (Matthew 5:3). “Blessed are they which do hunger and thirst after righteousness: for they shall be filled” (Matthew 5:6). From this, I realized that if we want to receive God’s blessings, we should have a heart that loves and longs for the truth, and practically pursue the truth and walk in His way, and in so doing, we will receive His blessings.

After I heard his fellowship, I understood: No matter how much God’s work does not fit with our notions, He is righteous. He looks deep into man’s heart and has a thorough understanding of us. He knows best who truly believes in Him and loves the truth and who is a hypocrite and is weary of the truth. So, God decides our different outcomes based on whether we love the truth in essence and whether we ultimately gain the truth. It’s not that God intentionally shows favoritism for those who come before Him later, but that this is determined by God’s righteous disposition. Thanks be to God for resolving this puzzle in my mind. May all glory be to God!

Christians all know the parable of the lost sheep, but why did Jesus use parable? What’s Jesus’ will behind the parable?

Mat 18:12–14 How think you? if a man have an hundred sheep, and one of them be gone astray, does he not leave the ninety and nine, and goes into the m…

How to distinguish wheat from tares? How does God reveal these two kinds in reality and how can we have some knowledge and discernment of them?