1 And Saul, yet breathing out threatenings and slaughter against the disciples of the Lord, went to the high priest, 2 And desired of him letters to Damascus to the synagogues, that if he found any of this way, whether they were men or women, he might bring them bound to Jerusalem. 3 And as he journeyed, he came near Damascus: and suddenly there shined round about him a light from heaven: 4 And he fell to the earth, and heard a voice saying to him, Saul, Saul, why persecute you me? 5 And he said, Who are you, Lord? And the Lord said, I am Jesus whom you persecute: it is hard for you to kick against the pricks. 6 And he trembling and astonished said, Lord, what will you have me to do? And the Lord said to him, Arise, and go into the city, and it shall be told you what you must do. 7 And the men which journeyed with him stood speechless, hearing a voice, but seeing no man. 8 And Saul arose from the earth; and when his eyes were opened, he saw no man: but they led him by the hand, and brought him into Damascus. 9 And he was three days without sight, and neither did eat nor drink.

10 And there was a certain disciple at Damascus, named Ananias; and to him said the Lord in a vision, Ananias. And he said, Behold, I am here, Lord. 11 And the Lord said to him, Arise, and go into the street which is called Straight, and inquire in the house of Judas for one called Saul, of Tarsus: for, behold, he prays, 12 And has seen in a vision a man named Ananias coming in, and putting his hand on him, that he might receive his sight. 13 Then Ananias answered, Lord, I have heard by many of this man, how much evil he has done to your saints at Jerusalem: 14 And here he has authority from the chief priests to bind all that call on your name. 15 But the Lord said to him, Go your way: for he is a chosen vessel to me, to bear my name before the Gentiles, and kings, and the children of Israel: 16 For I will show him how great things he must suffer for my name’s sake. 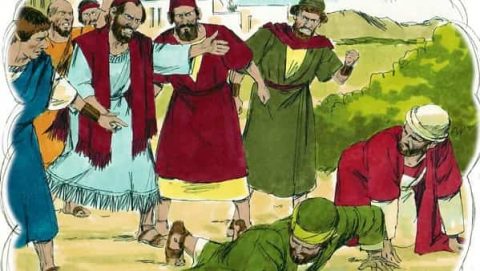 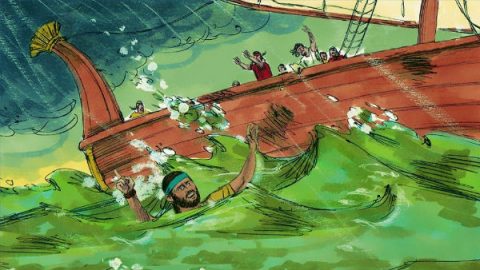 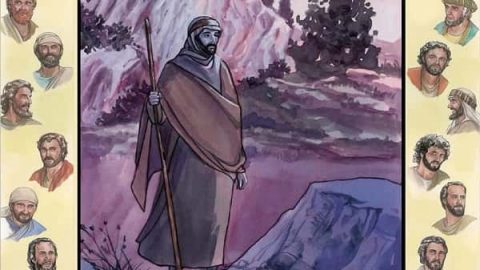 The Ministry of the Twelve 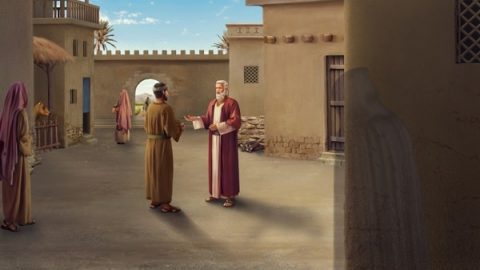 Satan Tempts Job for the First Time: Job 1:6-12
Now there was a day when the sons of God came to present themselves before the LORD, and Satan came also among them. 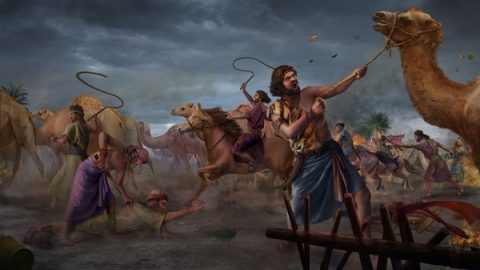 Job Loses His Children and Property: Job 1:13-22
Job’s livestock is stolen, his servants are killed, and calamity befalls his children. 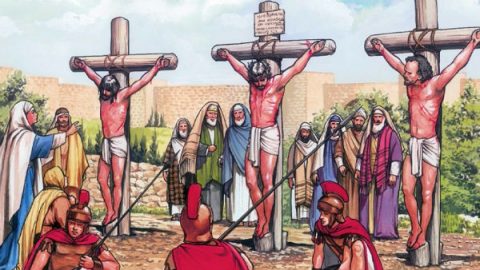