The Report of the Guards 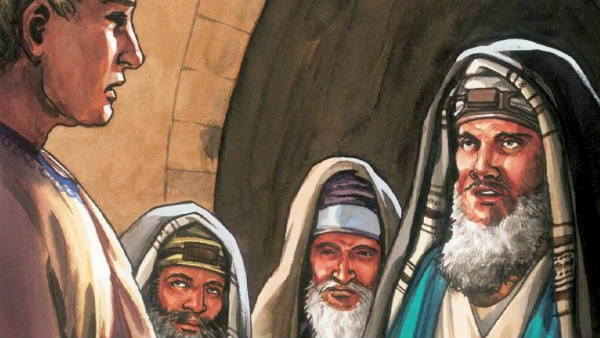 11 Now when they were going, behold, some of the watch came into the city, and showed to the chief priests all the things that were done. 12 And when they were assembled with the elders, and had taken counsel, they gave large money to the soldiers, 13 Saying, Say you, His disciples came by night, and stole him away while we slept. 14 And if this come to the governor's ears, we will persuade him, and secure you. 15 So they took the money, and did as they were taught: and this saying is commonly reported among the Jews until this day.

1. The chief priests and Pharisees clearly knew that the Lord Jesus was resurrected and that He is the true God, but they bribed the soldiers to cover up the truth. Why did they resist God?

Read to get the answer: Why Did the Pharisees Oppose the Lord Jesus?

Parables of Jesus - Parable of the Sower Meaning