The work of God is that which you cannot comprehend. If you can neither grasp whether your decision is correct nor know whether the work of God can succeed, then why not try your luck and see whether this ordinary man is of great help to you, and whether God has done great work. However, I must tell you that in the time of Noah, men had been eating and drinking, marrying and giving in marriage to such a point that it was unbearable for God to witness, so He sent down a great flood to destroy mankind and left behind only Noah’s family of eight and all kinds of birds and beasts. In the last days, however, those kept by God are all those who have been loyal to Him until the end. Though both were times of great corruption unbearable for God to witness, and mankind in both ages was so corrupt that he denied God as the Lord, all men in the time of Noah were destroyed by God. Mankind in both ages has grieved God greatly, yet God has remained patient with men in the last days until now. Why is this? Have you never given thought to this? If you truly do not know, then let Me tell you. The reason that God can deal graciously with men in the last days is not that they are less corrupt than men in the time of Noah or that they have shown repentance to God, much less is it that God cannot bear to destroy men in the last days where technology has advanced. Rather, it is that God has work to do in a group of men in the last days and this will be done by God incarnate Himself. Furthermore, God shall choose a part of this group as His objects of salvation, the fruit of His management plan, and bring such men with Him into the next age. Therefore, no matter what, this price paid by God has entirely been in preparation for the work of His incarnation in the last days. All you have this day is because of this flesh. It is because God lives in the flesh that you have the chance to live. All this good fortune has been gained because of this ordinary man. Not only this, but in the end every nation shall worship this ordinary man, as well as give thanks to and obey this insignificant man. Because it is He who has brought the truth, the life, and the way to save all mankind, ease the conflict between God and man, bring God and man closer together, and communicate thoughts between God and man. It is also He who has brought even greater glory to God. Is not an ordinary man such as this worthy of your trust and adoration? Is such an ordinary flesh not fit to be called Christ? Can such an ordinary man not be the expression of God among men? Is not such a man who helps mankind be spared disaster worthy of your love and for you to hold? If you reject the truths uttered from His mouth and also detest His existence among you, then what will be your fate?

All of God’s work in the last days is done through this ordinary man. He will bestow everything unto you, and further, He can decide everything about you. Can such a man be as you believe: a man so simple as to be unworthy of mention? Is His truth not enough to utterly convince you? Is witness of His deeds not enough to utterly convince you? Or is it that the path He leads you on is not worthy for you to follow? What is it that causes you to feel an aversion to Him and to cast Him away and shirk from Him? It is He who expresses the truth, it is He who supplies the truth, and it is He who enables you to have a path to travel. Could it be that you still cannot find the traces of God’s work within these truths? Without the work of Jesus, mankind could not have come down from the cross, but without the incarnation this day, those who come down from the cross could never be commended by God or enter into the new age. Without the coming of this ordinary man, then you would never have the opportunity or be eligible to see the true countenance of God, for you are all ones that should have long ago been destroyed. Because of the coming of the second incarnation of God, God has forgiven you and shown you mercy. Regardless, the words I must leave you with in the end are still these: This ordinary man, who is God incarnate, is of vital importance to you. This is the great thing that God has already done among men.

Excerpted from “Did You Know? God Has Done a Great Thing Among Men” 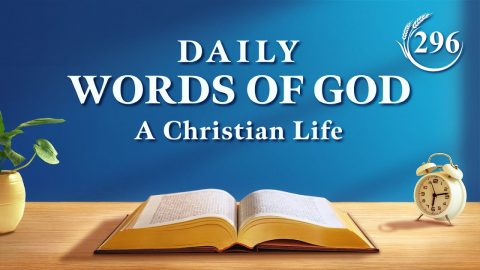 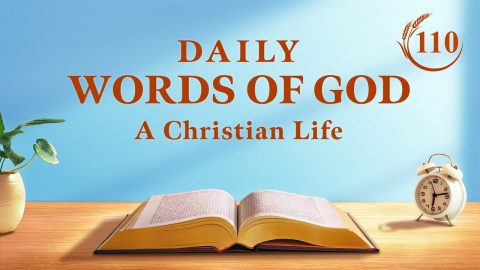 “God’s Work and Man’s Practice” | Excerpt 14
Each stage of the Holy Spirit’s work simultaneously requires the testimony of man. Each stage of work is a battle between God and Satan, and the objec…

“The Essence of the Flesh Inhabited by God” (Excerpt 99)
The meaning of incarnation is that God appears in the flesh, and He comes to work among man of His creation in the image of a flesh. So, for God to be…