“Take heed and beware of the leaven of the Pharisees and of the Sadducees” (Matthew 16:6). 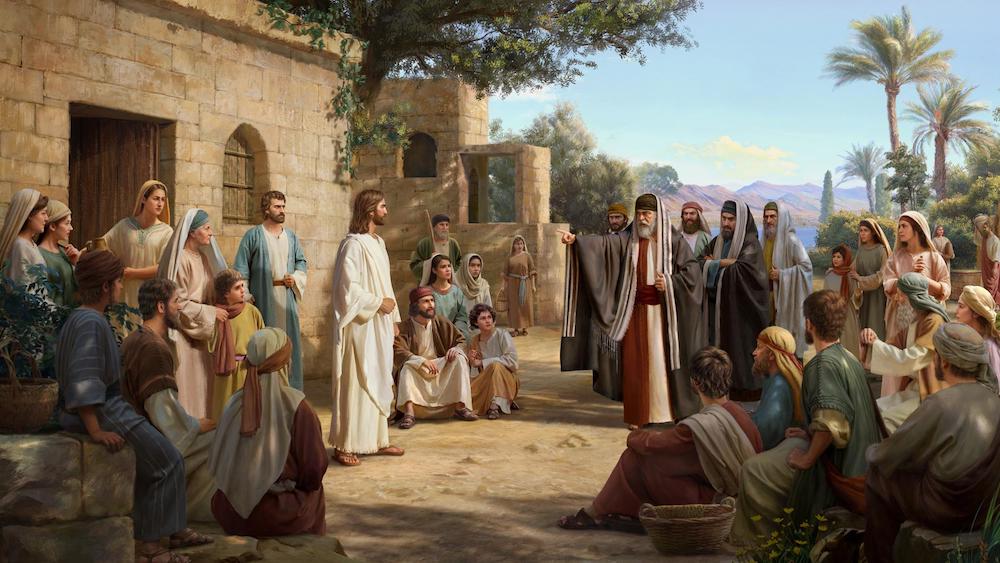 When working in the world of man, the Lord Jesus, with the intention of letting man better know Him and accept His redemption work, he made the blind see, the lame walk, healed the demon-possessed, even raised the dead, and so on. He performed many miracles. At that time, the Jewish people enjoyed a lot of grace and blessings from Him and saw a lot of His wondrous deeds, so they followed Him and listened to His preaching. While those Pharisees and Sadducees, seeing that many people followed the Lord Jesus, still wished to keep their position and jobs. Therefore, they continuously fabricated a lot of rumors against the Lord Jesus and also slandered and condemned Him. However, the foolish Jewish people, after hearing the rumors, had no discernment and couldn’t maintain a firm stance. They followed the Pharisees and the Sadducees to deny and judge the Lord Jesus. In consequence, there were overwhelming claims of condemnation of the Lord Jesus in the whole Judaism. Under that background, the Lord Jesus said to His disciples, “Take heed and beware of the leaven of the Pharisees and of the Sadducees” (Matthew 16:6).

The disciples of the Lord Jesus, from His work and words, recognized that He was the Messiah who had been predicted to come; they believed that His ability to heal the sick and cast out demons was from God’s authority; they saw through various fallacies and rumors of the Pharisees and the Sadducees, and followed the Lord Jesus steadfastly. While the Jewish people, who were deceived by the rumors of the Pharisees and the Sadducees, followed them to nail the Lord Jesus to the cross, becoming those who resisted and condemned God. In the end, the entire nation suffered destruction.

The Bible has already prophesied, “And, behold, I come quickly; and my reward is with me, to give every man according as his work shall be. I am Alpha and Omega, the beginning and the end, the first and the last. Blessed are they that do his commandments, that they may have right to the tree of life, and may enter in through the gates into the city. For without are dogs, and sorcerers, and fornicators, and murderers, and idolaters, and whoever loves and makes a lie” (Revelation 22:12-15). From these verses, we can learn that many things like making up lies will still happen when the Lord Jesus returns in the last days. Then how should we beware of the leaven of the Pharisees and of the Sadducees in order to not follow in the footsteps of the Jewish people? This is the truth that every brother and sister who has sincerely been expecting the Lord’s return should understand.

Tomorrow, in the daily reading column, we will continue to share how to beware of the leaven of the Pharisees and of the Sadducees and how to be a wise Christian.

Have You Welcomed the Second Coming of Jesus?
Show more

Tags: Beware of the Leaven of the Pharisees Bible Study on Pharisees Jesus’ Teachings
Previous

Why Did the Lord Jesus Work on the Sabbath?

Read to learn about the devious course of her reunion with God. After 11 years, she finally recognized the Lord’s voice and accepted God’s salvation.

In Spiritual Warfare, I Saw Clearly They Are Modern Pharisees

In this spiritual warfare, I saw clearly the pastors and elders’ deeds and attitude toward the true way. They are the modern Pharisees.

Gamaliel, a teacher of the law, didn’t blindly condemn the Lord Jesus, but he never followed the Lord. What warning does this give to us? What kind of attitude should we have toward the Lord’s return?

What does it mean to be born again? As we all know, being born again is absolutely not what Nicodemus understood. Then what does the rebirth refer to?