Matthew 15:22-28 record: “And, behold, a woman of Canaan came out of the same coasts, and cried to him, saying, Have mercy on me, O Lord, you son of David; my daughter is grievously vexed with a devil. But he answered her not a word. And his disciples came and sought him, saying, Send her away; for she cries after us. But he answered and said, I am not sent but to the lost sheep of the house of Israel. Then came she and worshipped him, saying, Lord, help me. But he answered and said, It is not meet to take the children’s bread, and to cast it to dogs. And she said, Truth, Lord: yet the dogs eat of the crumbs which fall from their masters’ table. Then Jesus answered and said to her, O woman, great is your faith: be it to you even as you will. And her daughter was made whole from that very hour.” 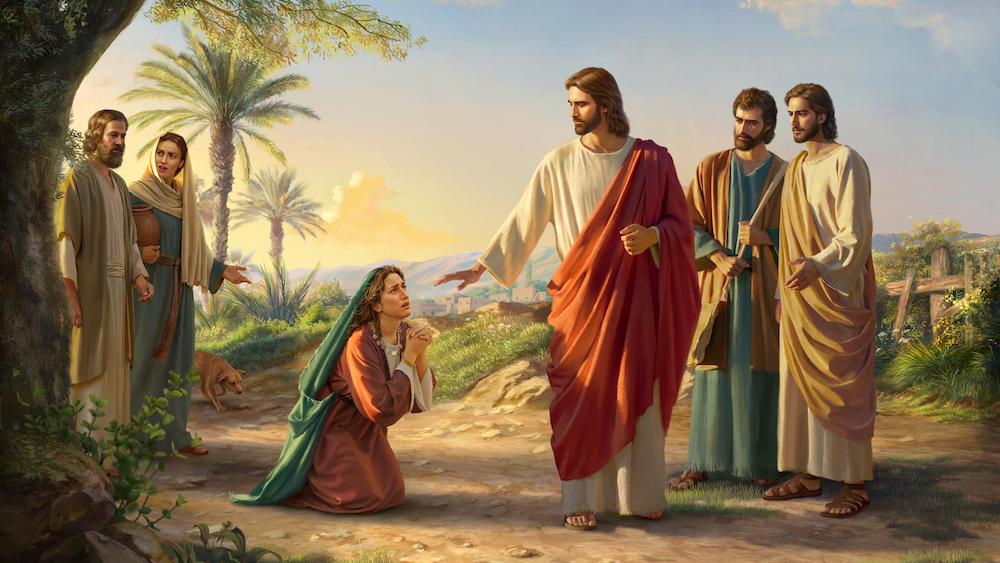 Whenever reading this part of the scriptures, I thought: At first, the Lord Jesus treated the Canaanite woman with indifference and likened her to a dog. Then why did He change His attitude toward her just because of her words: “Truth, Lord: yet the dogs eat of the crumbs which fall from their masters’ table” (Matthew 15:27)? Is it because the Canaanite woman believed that the Lord had the power to cast out the demon from her daughter and save her? Or is it because she could accept the Lord Jesus likening her to a dog? Upon pondering these verses, I felt that there were some mysteries here, yet I couldn’t figure it out.

One afternoon, I was reading the Bible at home and contemplating those scriptures, when a rat-a-tat interrupted my train of thought. It was Sister Huihui, a friend of mine, who came to visit me. In chatting with her, I poured out my confusion. Then she said smilingly, “Thank God! Recently, I’ve been reading a book. And the words in it just can resolve your problem. I’d like to share with you.”

“Really? Then what are we waiting for?” said I.

Huihui took out a book from her handbag and read a passage of words for me, “This is how her story unfolded. Why did the Lord Jesus praise the faith of this person? It was not because she was willing to be a dog, nor was it because she was willing to eat bread crumbs. This is all secondary. What was it that the Lord Jesus praised her for? It was that she didn’t care whether the Lord Jesus saw her as a dog, as a person, or as the devil Satan. She didn’t care what He saw her as. The most important point was that she regarded the Lord Jesus as God, and that she affirmed the Lord Jesus to be the Lord, and to be God. This is a truth and a fact that is eternally unchanging. The Lord Jesus was God, was the Lord, was the One affirmed as such in her heart, and that was enough. Irrespective of whether the Lord Jesus saved her or didn’t save her, whether He saw her as someone to eat with together at table, or as a disciple, or a follower, or whether He saw her as a lapdog or guard dog, it was all fine, she didn’t care. In any case, it was enough for her to acknowledge that the Lord Jesus was the Lord of her heart; this was her greatest faith” (“Man is the Greatest Beneficiary of God’s Management Plan”)

She then continued, “The Canaanite woman was very rational in front of the Lord. Because of her true faith in the Lord, she believed that the Lord had the power to heal her daughter. What’s more, no matter what kind of attitude the Lord Jesus had toward her— granting her request or not, or ignoring her or likening her to a dog, she believed the substance of the Lord was God without doubt, and never had any complaint or resentment. Since she regarded the Lord Jesus as her Lord and her God, she didn’t care whether the Lord saw her as a dog or a person but had particular faith in Him all the time. Even when the Lord Jesus likened her to a dog in front of His disciples, she could put her own image aside and cared not how others viewed her. It can be seen that she wasn’t in the least restrained by any man, thing, or object, and was able to stand firm in her position as a created creature and honor God as the greatest in her heart. Consequently, the Lord graced her and fulfilled her wish.

“Compared with the Canaanite woman, what was the attitude those chief priests, scribes, and Pharisees who served Jehovah in the temple held toward the Lord Jesus and His new work? They had never sought or investigated whether the Lord Jesus was the coming Messiah they had been waiting for, but tried every excuse to resist and condemn the Lord Jesus when His work did not conform to their notions and imaginations. It is obvious that when facing God’s appearance and work, instead of seeking humbly as a created being, they acted irreverently toward God’s work and even arrogantly and stiffly judged that God should not work this way or that way. In name they believed in God, while in substance they denied that the identity of the incarnate Lord Jesus was God Himself. Compared with the Pharisees, the Canaanite woman was just a gentile. She neither had a high position nor possessed great Bible knowledge or theological theories, but her godliness and reason surpassed those of the chief priests, scribes, and Pharisees who had served God for years. This is why her faith was praised by the Lord Jesus. Therefore, the Canaanite woman’s attitude of piety toward the Lord, her faith in the Lord and her reason should all be emulated by us.”

What she said reminded me of my own conduct when following the Lord. I couldn’t compare with the Canaanite woman! And then, I said in shame: “Thinking back on my years spent following the Lord Jesus, I’ve read the Lord’s words in the Bible many times before. Even though I keep these words constantly in my mouth and verbally acknowledge that God is the truth, the way, and the life, I’ve never practiced them in real life. When I was preaching in the pulpit after being elected as a leader, seeing the believers gazing at me with admiration, I was full of joy. Instead of giving glory to God rationally, I rose above myself and enjoyed people’s worship and admiration. I thought I was full of faith in God for I have spent a lot and paid much price for the Lord actively. However, when some adverse things came upon my family or there was a conflict between me and the co-workers, I would lose my faith in the Lord and become depressed. When the Lord provided me with grace, I filled my mouth with happy thanksgivings and praises and my faith in God also increased; while when I encountered some illness or disasters, I blamed God for not blessing me, and even misunderstood and doubted God. Regarding the reason and faith in God, there is indeed a world of difference between me and the Canaanite woman. After hearing your fellowship about the Canaanite woman’s faith, I feel that I really ought to learn from her and transform my view about belief in God. No matter how God treats us, we should keep to our place as a creation and learn to obey God’s arrangements. We should never deny God’s word when His work is not in accordance with our conceptions. And we shouldn’t doubt God’s identity and position no matter what attitude He holds toward us.”

Huihui said sincerely: “Yes. No matter it is sense, insight, faith before God, or attitude of piety, we are quite poor, which requires us to pursue the truth and correct our viewpoints and attitudes in our belief in God. Only in this way will our sense and insight gradually return to normal. Just as the words in this book say: ‘The goal of people’s pursuit of the truth is to obey God. Irrespective of what God does, what form He appears in or what method He uses to speak to you, the position God has in your heart cannot change, your reverence for God cannot change, the distance between you and God cannot change and your true faith in God cannot change; in your heart, God’s essence and His position cannot change’ (‘Man is the Greatest Beneficiary of God’s Management Plan’). If we can act in compliance with these words, our hearts will beget true obedience and fear of God little by little. Then regardless of what trial we may encounter, we will be able to stand in our place as a creation of God to worship Him, properly experience the work of God, and practice God’s word.”

At her words, I said happily: “Today, I have a new knowledge of the Canaanite woman’s faith from our communication. I come to understand that since we’ve believed in God, we should have reason in front of God and submit to God no matter how He works. This is what a creation and a believer in God must practice and achieve. Thank the Lord for guiding me to resolve the puzzlement which has disturbed me for many years. Today I’ve really reaped great benefits!” 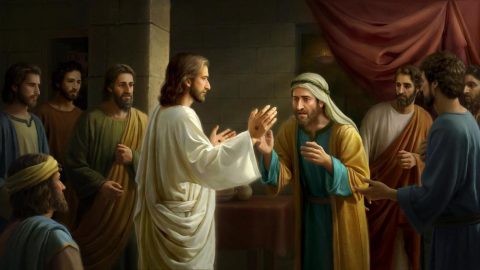 What do we learn from ‘doubting’ Thomas?
Show more

Are You Thomas or Peter?

The Ethiopian Eunuch Accepting the Gospel

Question 3: Did we not enter faith through the Bible? Do we not practice faith according to the Bible? We’ve not seen the Lord, so what do we base our…

Bible Verses about Trust: Once I read one sentence about trust, “Trust is a kind of character trait which is most valued and deficient in today's world.”
1:27:03

Han Lu is a leader of the Church, In one of the arrests, the CCP police arrested Han Lu and many other Christians...