You are here:Home » Bible Study Topics » The Incarnation » God Incarnate Is Forever God in Whatever Family He Was Born

Fallacy: The CCP government claims Almighty God whom the believers of the Eastern Lightning believe in, also called Practical God, is an ordinary person, because it knows His family background clearly.

Rebuttal: The words of the CCP government expose one of its opinions: It judges whether Almighty God is God according to His family background. Seeing Almighty God was born in an ordinary and normal family, it thinks He is a person rather than God. Is such kind of viewpoint right? Is it in accordance with the truth? Wasn’t the Lord Jesus incarnate born in an ordinary family? Didn’t the people then treat Him as Joseph’s son? Could the identity and status of the Lord Jesus being Christ and God Himself be changed even though people know His family background? The answer is no! As can be seen, this statement is absolutely an untenable fallacy that the CCP government says Almighty God is an ordinary person rather than God under the excuse that it knows His family background.

Neither does the CCP have faith in God, nor does it possess the truth. It does not completely know what incarnation is, much less the differences between the incarnate God and an ordinary person. Therefore, it has no qualification to comment on this issue. That being the case, what is incarnation? What does God incarnate differ from an ordinary person? Almighty God says, “The meaning of incarnation is that God appears in the flesh, and He comes to work among man of His creation in the image of a flesh. So, for God to be incarnated, He must first be flesh, flesh with normal humanity; this, at the very least, must be true. In fact, the implication of God’s incarnation is that God lives and works in the flesh, God in His very essence becomes flesh, becomes a man.” “Because He is a man with the essence of God, He is above any of created humans, above any man who can perform God’s work. And so, among all those with a human shell like His, among all those who possess humanity, only He is the incarnate God Himself—all others are created humans. Though they all have humanity, created humans are nothing but human, while God incarnate is different: In His flesh He not only has humanity but more importantly has divinity. … Since God becomes flesh, His essence is a combination of humanity and divinity. This combination is called God Himself, God Himself on earth” (“The Essence of the Flesh Inhabited by God” in The Word Appears in the Flesh). From the words of Almighty God, we see that God incarnate means that God’s Spirit puts on the flesh, that is, God’s Spirit has been realized in a flesh with normal humanity and normal thought, become an ordinary and normal man, working and speaking in the world of man. This flesh has a normal humanity, and even more a complete divinity. Though this flesh is externally ordinary and normal, He can undertake God’s work, can express God’s voice, can lead and save mankind, because He has a complete divinity. The complete divinity means that God’s inherent disposition, God’s essence of holiness and righteousness, what God has and is, His almightiness and wisdom, and His authority and power possessed by God’s Spirit are materialized in a flesh. This flesh is Christ, the practical God who came to do His work to save man on earth. Externally, Christ is an ordinary and normal Son of man, but there is a substantive difference between Him and all the created beings: Created humans have merely humanity, not the least divine substance, whereas Christ has not only a normal humanity, but more importantly, a complete divinity, so He can express God’s disposition and what God has and is, bestow upon us mankind the truth with God’s identity, which is unattainable by any of created humans. It is just this ordinary and normal flesh that has accomplished the fact of the Word appearing in the flesh. This is the incarnate and practical God. Because Christ has a complete divinity, He can express the truth and save mankind on behalf of God; just because Christ has a complete divinity, He can express the truth anytime and anywhere to supply, shepherd and guide all mankind; just because Christ has a complete divinity, He possesses the identity and substance of God. Thereat, we can say that He is the incarnate and practical God Himself.

Take, for example, the Lord Jesus who was incarnated the first time. From the outside, He is an ordinary and normal man, yet He concluded the Age of Law, ushered in the Age of Grace, carried out the work of redeeming humanity, bestowed upon man abundant grace, healed the sick and cast out demons for people and performed signs and miracles; simultaneously, He expressed some truths, teaching man to love one another, having forbearance and patience, loving his enemy and bearing the cross, and so on. These works cannot be done by us corrupt mankind. The Lord Jesus is an ordinary man, but even so, He can disclose our corruption, expose the Samaritan woman’s hidden facts of darkness, and also uncover and condemn the substance and evil actions of the Pharisees. Thereby, it manifests that God shows different dispositions to different individuals, which is unattainable by anyone of us. Although the Lord Jesus is an ordinary man, nevertheless the words from Him have authority and power, calming the sea and bringing Lazarus back from the dead. Could He be the same as an ordinary man? It can be seen that the Lord Jesus is not only a man, but even more God Himself with the essence of divinity. Despite the fact that the Lord Jesus was born into an ordinary family, appeared to man and worked in the form of an ordinary man, His essence of divinity determines His identity and status: He is not an ordinary man, but God incarnate. Yet those Jewish people and Pharisees then who didn’t know the Lord Jesus’s essence of divinity, only saw He is an ordinary man. They didn’t treat Him as God, but instead, judged Him as the son of carpenter. When the Lord Jesus cast out demons in man with His word, the Pharisees said the authority and power of Him as “by the prince of the devils casts he out devils”; when the Lord Jesus forgave man’s sins with His word, they condemned that He spoke words of blasphemy; finally, they collaborated with the Roman government and nailed Him to the cross alive. What they did seriously offended God’s disposition and provoked His anger: The Jews were driven out of Israel and fled to all parts of the world. Many of them were killed, and the Israel has been made to suffer the loss of its nation for close to two thousand years. All the facts prove that who they condemned was not an ordinary man, but Christ, the incarnate God Himself. Almighty God says, “Woe to those who crucify God.” Here is a question: What did this outcome result from? There is only one answer, which is that they just depended on their own two eyes. They merely saw that the Lord Jesus was outwardly ordinary and normal, and born in an ordinary family. However, they neglected the His essence of divinity, regarding Him as an ordinary man. Nowadays, God has become flesh for the second time to work in China. Likewise, He is condemned and persecuted by man. The CCP claims that Almighty God is an ordinary man because it has had a clear knowledge of His family background. Through this, it intends to deceive people and allow people to deny God’s substance of divinity and reject the arrival of God, so that it can make the salvation work of Almighty God in vain, make people believe its baloney, control people in its hand, and thus sabotage God’s management plan, causing people to lose the salvation of God and be cast into hell together with it at last. However, God is wise. The very reason why God becomes flesh to do His work is that He is to reveal all the wicked and unbelievers with His ordinary and normal flesh, to save the believers in Him before His throne. In the end, God will conclude His work on earth, reward the good and punish the evil, and determine all people’s outcomes. Thereby, whether we will be blessed or cursed in the future is decided by whether we know, obey and accept God in the flesh. Because God is forever God, the identity and status of God is not determined by whether man admits and accepts Him, but by the substance of God Himself. Therefore, if we want to confirm whether Almighty God is God incarnate or not, we cannot listen to one-sided statement of the CCP, but from the work and words of Almighty God. 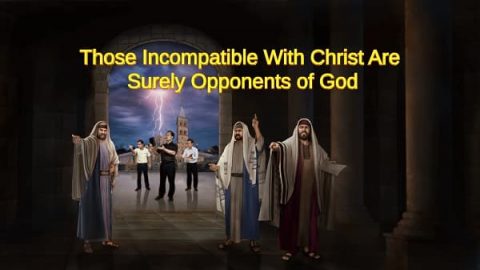 Will the Lord Jesus Return in the Spiritual Body or in the Flesh When Taking His Believers? 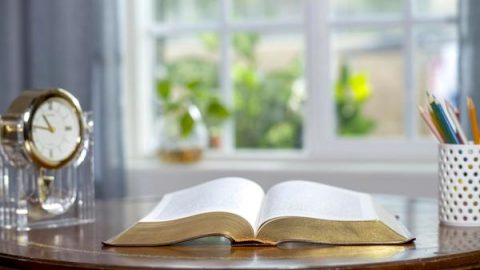