What Does Christ Mean? Is Christ the Anointed One?

I trust all of us are familiar with the word “Christ”. In the Bible, it has been recorded, “He said to them, But whom say you that I am? And Simon Peter answered and said, You are the Christ, the Son of the living God. And Jesus answered and said to him, Blessed are you, Simon Barjona: for flesh and blood has not revealed it to you, but My Father which is in heaven” (Matthew 16:15–17). Many people see these verses and say without thinking, “Christ is the incarnate Lord Jesus” or “Christ is the Messiah, the Son of God,” and others say, “Christ is the Son of man” “Christ means the anointed One.” But faced with these claims, some people are puzzled: The prophets, kings, and priests of the Old Testament, were all anointed, so why is it that they are not called Christ but only the Lord Jesus is called Christ? 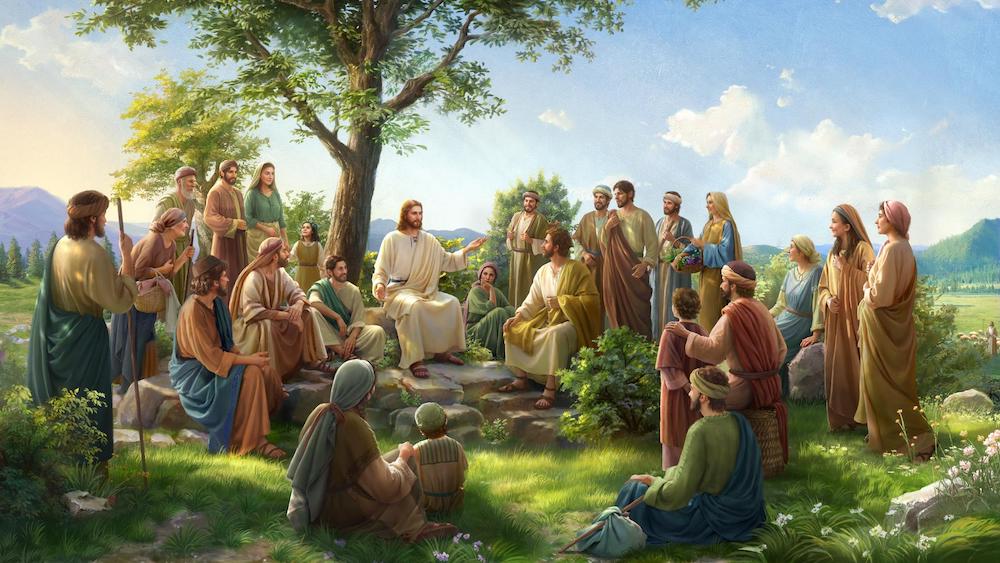 To address that question, first let’s look at two passages of God’s word, “The incarnate God is called Christ, and Christ is the flesh donned by the Spirit of God. This flesh is unlike any man that is of the flesh. This difference is because Christ is not of flesh and blood; He is the incarnation of the Spirit. He has both a normal humanity and a complete divinity. His divinity is not possessed by any man. His normal humanity sustains all His normal activities in the flesh, while His divinity carries out the work of God Himself.” “God become flesh is called Christ, and so the Christ that can give people the truth is called God. There is nothing excessive about this, for He possesses the essence of God, and possesses God’s disposition, and wisdom in His work, that are unattainable by man. Those who call themselves Christ, yet cannot do the work of God, are frauds. Christ is not merely the manifestation of God on earth, but also the particular flesh assumed by God as He carries out and completes His work among man. This flesh cannot be supplanted by just any man, but is a flesh that can adequately bear God’s work on earth, and express the disposition of God, and well represent God, and provide man with life.” These two passages reveal aspects of the truth regarding the incarnate God. Christ is the flesh of God incarnate, that is, the realization of God’s Spirit in a fleshly body with normal humanity and normal thinking. He becomes an ordinary normal person to work and speak in the human world. From the outside, Christ is an ordinary and normal Son of man, but He is different from all created people in essence: Created human beings only have normal humanity, and there is no divine essence; Christ not only has normal humanity, but more importantly He has complete divinity, He has God’s essence, He can express the entire truth, He can express God’s disposition and all that God has and is, and can bestow the truth, the way, and the life upon people. Just as the Lord Jesus said, “I am the way, the truth, and the life” (John 14:6). Christ is the appearance of God on earth. Two thousand years ago, the Lord Jesus came to the earth to work, ended the Age of Law, began the Age of Grace, expressed the truths required for the work of redemption, taught people to confess their sins, repent, love others as they love themselves, and performed all kinds of miracles, such as healing the sick, casting out demons, making the blind see, making the lame walk, healing lepers, resurrecting the dead, feeding 5,000 people from five loaves of bread and two fishes, calming the wind and sea with a word, and so on. All of this work was a direct expression of His divinity, and also a manifestation of God’s authority and power. These are things that no human being can possess or achieve. It is because Christ expresses His divine work in a fleshly body with normal humanity, and can express the truth anytime and anyplace, supplying, watering, and shepherding man, guiding all of mankind that we can say He is Christ, the incarnate God Himself.

So, why can’t the prophets or those used by God be called Christ? There is indeed truth to seek here. Let’s read a few passages of God’s word, “Isaiah, Ezekiel, Moses, David, Abraham, and Daniel were leaders or prophets among the chosen people of Israel. Why were they not called God? Why did the Holy Spirit not bear testimony to them? Why did the Holy Spirit bear testimony to Jesus as soon as He began His work and started to speak His words? And why did the Holy Spirit not bear testimony to others? They, men who were of flesh, were all called ‘Lord.’ Regardless of what they were called, their work represents their being and essence, and their being and essence represent their identity. Their essence is not related to their appellations; it is represented by what they expressed, and what they lived out. In the Old Testament, there was nothing out of the ordinary in being called Lord, and a person might be called in any which way, but his essence and inherent identity were immutable.” “The words of God incarnate open up a new age, guide all of mankind, reveal mysteries, and show man the direction he is to take in the new age. The enlightenment obtained by man is but simple instructions for practice or knowledge. It cannot guide all of mankind into a new age or reveal the mysteries of God Himself. When all is said and done, God is God, and man is man. God has the essence of God, and man has the essence of man.” From these passages, we can easily see that the essence of the Lord Jesus Christ is God, that He can directly do God’s own work, express all that God has and is, and give people the truth, the way, and the life. No one else could do this in His place, or could do it at all. Those who are corrupted by Satan possess only humanity, cannot express the truth, and cannot do God’s work. Just as in the Age of Law in the Old Testament, many ancient prophets such as Moses, Daniel, and Isaiah all led people in obeying the commandments and God’s words on the basis of God’s work in the Age of Law, spreading prophecies among the Israelites as instructed by God, or conveying God’s words, such as reminders and admonitions, to the Israelites, and so on, which entirely falls under the duties of man. Without God’s instructions, their role of conveying God’s words would cease. This proves that the prophets themselves had no truth or way of life. They were merely people who were used by God and cooperated with the work of the Holy Spirit. Although they are called the anointed, they are not Christs. Therefore, God has the essence of God, man the essence of man. Determining whether someone is Christ requires looking at whether he has God’s essence, whether he can express the truth, and whether he can do the work of saving mankind, not at the name by which he is called. No matter what they are called, created beings are always humans, not Christ. Therefore, we can understand Christ as the incarnate flesh of God’s Spirit. The essence of Christ is the combination of normal humanity and complete divinity, and He is God Himself on earth.

With this fellowship, I believe we now have some understanding of what Christ is. To understand this aspect of the truth more clearly, we also need to seek and contemplate more, because this is very helpful for us receiving the Lord’s return. The Bible prophesies, “For as the lightning comes out of the east, and shines even to the west; so shall also the coming of the Son of man be” (Matthew 24:27). “For as the lightning, that lightens out of the one part under heaven, shines to the other part under heaven; so shall also the Son of man be in His day. But first must He suffer many things, and be rejected of this generation” (Luke 17:24–25). These prophecies mention “the coming of the Son of man,” and we all know that the incarnate Lord Jesus is called the Son of man and Christ. So, the “the coming of the Son of man” mentioned by the Lord Jesus is very likely to refer to God returning incarnate in the last days. How we understand the incarnate God and how we understand Christ of the last days are directly related to the matter of whether we can gain God’s salvation, so we must carefully seek God’s work and words, as well as listen for the voice of God, if we are to receive the Lord’s appearance.

Do you know the true meaning of Easter? Many people say it is for celebrating the Lord Jesus’ resurrection. In fact, there is more important significance hidden behind Easter.

The mystery of the trinity has always perplexed the whole religious world. This article will reveal the root and the truth of the trinity and lead you to know the only one true God.

If you don’t know whether Jesus is God or the Son of God, you can get the answer from this article.