At the co-worker meeting many different opinions were voiced.

Wenwen: Recently, many of the brothers and sisters have been exploring a very contentious issue: In the year 2000 the pastors and elders said that the Lord’s return was imminent, but now it’s 2018 and we haven’t seen it happen. But some people are saying that the Lord has in fact already returned, while others say that when the Lord returns everyone will see Him. There are so many different opinions about this. So, how on earth will the Lord return? What do you all think of this issue?

Hu Yue: Regarding the Lord’s return, the Bible very clearly states: “And then shall they see the Son of man coming in a cloud with power and great glory” (Luke 21:27). “Behold, he comes with clouds; and every eye shall see him, and they also which pierced him: and all kindreds of the earth shall wail because of him” (Revelation 1:7). From these paragraphs we can see that everyone will see the Lord’s return. This should be believed.

Li Qi: This was my understanding too, but then I read that the Bible states that when the Lord returns He will separate the wheat from the tares, the sheep from the goats, He will put each with his or her own kind, and so on. So I began to wonder that if when the Lord descends on a cloud, and everyone falls to the ground to worship the glorious Lord, then how will this work be accomplished? 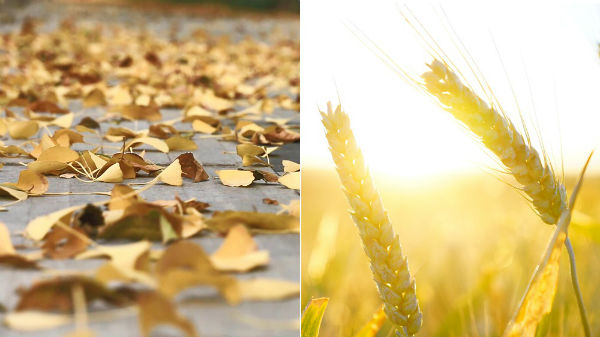 Brother Wu: That’s right! If the Lord descends on a cloud, then good and evil people, true believers and false believers, good servants and bad servants will see the Lord appearing openly and then will fall to the ground in front of Him, right? So how will the sheep be separated from the goats and each put with their own kind?

Cheng Li: Regarding the issue of the Lord’s return I had also long been puzzled by it. But some time ago, following the recommendation of a friend, I visited a gospel website. On that site I read some books that address this issue and was able to find the correct answer.

Wenwen excitedly asked: What’s the answer? Hurry up and tell us!

Cheng Li: In the books, I read that the Scriptures not only mention the prophecies concerning the Lord appearing openly to all, “And then shall appear the sign of the Son of man in heaven: and then shall all the tribes of the earth mourn, and they shall see the Son of man coming in the clouds of heaven with power and great glory” (Matthew 24:30), “Behold, he comes with clouds; and every eye shall see him, and they also which pierced him: and all kindreds of the earth shall wail because of him” (Revelation 1:7), but also mention in many places that He will return secretly, “I will come on you as a thief” (Revelation 3:3), “Behold, I come as a thief. Blessed is he that watches, and keeps his garments, lest he walk naked, and they see his shame” (Revelation 16:15), “Be you therefore ready also: for the Son of man comes at an hour when you think not” (Luke 12:40), “But of that day and that hour knows no man, no, not the angels which are in heaven, neither the Son, but the Father” (Mark 13:32).

These prophecies mention the return of the Son of man, saying that the Lord will come like a thief. What this means is that the Lord can come openly on a cloud as well as secretly. We all know that if the Lord descends on a cloud there will be many signs to indicate it, such as the upheaval of heaven and earth and stars falling from the sky. If everyone sees these things happen they’ll know for sure that the Lord has returned. But as for the prophecy of the Lord returning like a thief, how could it be fulfilled? We know that every word and sentence of the Lord must be verifiable, so we can’t set parameters for the method of the Lord’s return according to one or two passages in the Scriptures. Actually, the Lord’s return will be done in stages: The first stage is His secret return as the Son of man; after that He will descend openly on a cloud and appear to all. During the secret stage, the Lord will come to create a group of overcomers, in other words, He will save all those who truly believe in and obey Him. At the same time, He will reveal all those people whose faith is false and who resist God. When this great work has been completed, He will then reveal Himself to the world, which will also be the period of rewarding the good and punishing the wicked. How does all this sound to you?

Li Qi: Hmm, what you’re saying sounds reasonable and accords with what is prophesied in the Bible and the reality of God’s work. I remember that it is written in the Bible: “And as it was in the days of Noe, so shall it be also in the days of the Son of man. They did eat, they drank, they married wives, they were given in marriage, until the day that Noe entered into the ark, and the flood came, and destroyed them all. Likewise also as it was in the days of Lot; they did eat, they drank, they bought, they sold, they planted, they built; But the same day that Lot went out of Sodom it rained fire and brimstone from heaven, and destroyed them all. Even thus shall it be in the day when the Son of man is revealed” (Luke 17:26-30). In the age of Noah, God told Noah that He would destroy the world but also commanded him to build an ark. During the 100 years that Noah was building the ark, nobody believed a flood was coming, so God sent down the disaster. During this period, only Noah’s family of eight followed God’s instructions and got on the ark, and were thus saved. Everyone else was washed away by the floodwaters and drowned. And then there is the story of Sodom: Before God burned the town down He sent angels to save people, but only Lot worshiped God and received the angels. The rest of the townsfolk spent their time eating, drinking, gaming, and generally living sinful, pleasure-seeking lives. They even attacked the angels and resisted God. So the angels took Lot and his two daughters outside the town and God protected them while He rained sulfur and fire down on Sodom and completely destroyed it and its wicked residents. From these two events, we can see that before disaster strikes, God is strenuously trying to save people. God looks for those who truly believe in Him and brings them before His throne, while those evildoers who make an enemy of God will all be struck down by God’s wrath when He manifests Himself in the disasters.

Cheng Li: Yes, on the gospel website I read a passage of God’s words that says: “Many people may not care what I say, but I still want to tell every so-called saint who follows Jesus that, when you see Jesus descend from the heaven upon a white cloud with your own eyes, this will be the public appearance of the Sun of righteousness. Perhaps that will be a time of great excitement for you, yet you should know that the time when you witness Jesus descend from the heaven is also the time when you go down to hell to be punished. It will herald the end of God’s management plan, and will be when God rewards the good and punishes the wicked” (“When You Behold the Spiritual Body of Jesus Will Be When God Has Made Anew Heaven and Earth”).

From these sentences we can see that blindly waiting for the Lord to openly descend on a cloud is wrong, because that only happens when God comes to reward or punish people, and so it is already too late for people to be saved. This fulfills the prophecy in Revelation chapter 1 verse 7: “Behold, he comes with clouds; and every eye shall see him, and they also which pierced him: and all kindreds of the earth shall wail because of him.” When God descends on a cloud, and openly appears before the peoples of the world, they will wail loudly and all those who resisted Him will be punished. This is determined by God’s righteous disposition!

Wenwen: Thank the Lord! This kind of fellowshiping is the enlightenment of the Holy Spirit!

Li Qi: But there’s still one thing I don’t really understand: If the Lord descends secretly before the disasters then how are we supposed to know?

Cheng Li: The Lord Jesus said, “I have yet many things to say to you, but you cannot bear them now. However, when he, the Spirit of truth, is come, he will guide you into all truth” (John 16:12-13). “He that has an ear, let him hear what the Spirit says to the churches” (Revelation 2:7). “And at midnight there was a cry made, Behold, the bridegroom comes; go you out to meet him” (Matthew 25:6). “Behold, I stand at the door, and knock: if any man hear my voice, and open the door, I will come in to him, and will sup with him, and he with me” (Revelation 3:20). From these verses we can see that when the Lord returns He will utter truths and speak to the churches. The wise virgins hear God’s voice and are then able to welcome His coming. So, we should pay close attention to listening to God’s voice, and when someone is bearing witness to God’s appearance or God’s utterances then we must seek and investigate. We mustn’t refuse or condemn them. Then, before the disasters strike, we’ll be able to welcome the Lord, feast with the Lord and ultimately be gained by Him!

Read more on our Bible Study Topics page on Second Coming of Jesus, or click on the related articles below.

• How Will the Lord Return: Secretly or Openly?

• How Will Jesus Return? How Should We Welcome Him?

• How Will the Lord Jesus Return in the Last days? I Gain New Knowledge in the Verses

Mysteries of the Second Coming of Jesus, Way of Jesus Christ Return

How to Prepare for the Second Coming of Jesus Christ 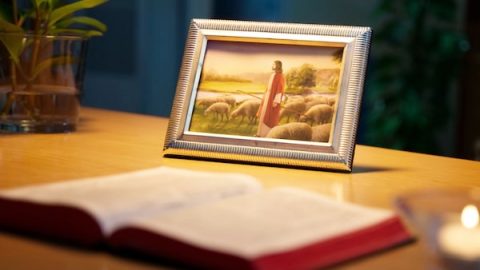 The Lord Jesus said that He will return, and what will be the manner of His return?

How Do We Seek the Appearance of God Amidst Disasters?

Watch Out! Two Ways of the Second Coming of Jesus
The Lesson of the Pharisees who waited for Messiah but resisted the Lord Jesus is painful. How should we meet the second coming of Jeuse in the last days? 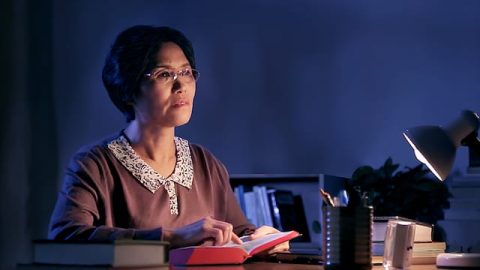 Will the Lord Jesus Come Back in the Flesh?
Jesus came in the flesh to do His work. Will He come back in the flesh? What is the significance of Jesus becoming flesh?