“It is finished” while nailed to the cross, it meant that all of God’s work was completed then. In other words, God won’t do new work. But is this interpretation correct? Does “It is finished” said by the Lord Jesus mean the completion of the work of salvation?

In your letter you mention: “I think that when the Lord Jesus said ‘It is finished’ moments before He took His last breath, it meant that the work of salvation had been done and that we have been saved by God and that God won’t do any new work. …” 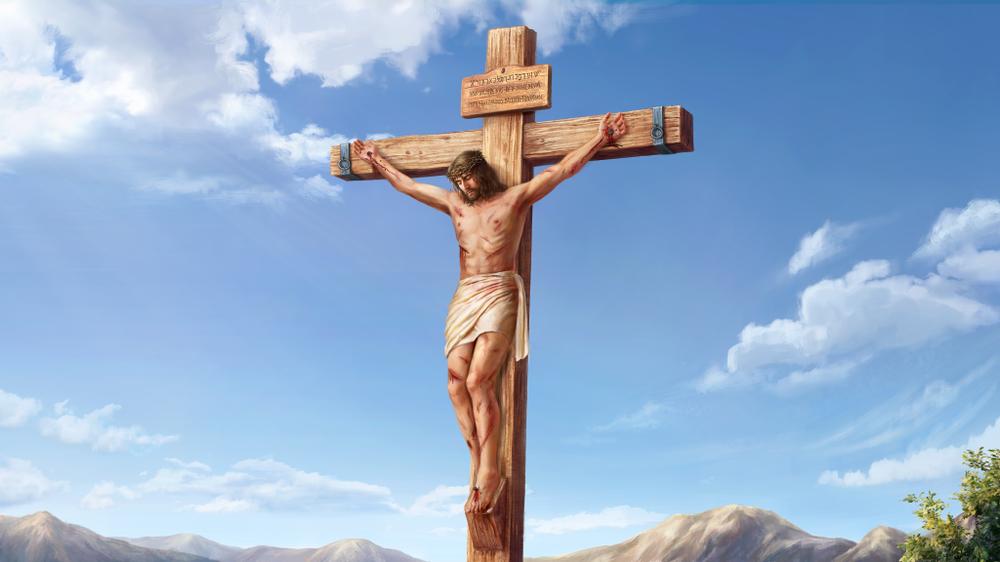 We all know that when mankind was corrupted by Satan, God began His work of saving mankind. He wants to save us from Satan’s dominion and restore us to the likeness of the first humans He created. Once mankind has completely escaped from Satan’s influence, and our sins have been cleansed, that will be the time when God’s work is fully completed and will also be when God and mankind enjoy peaceful rest together.

For God to accomplish this work, He needs to work according to the stages of development of mankind. His management plan for saving mankind is being completed in steps and phases according to each era. In the first stage, God used Moses to issue the laws and demanded that people obey them. God’s laws were for teaching people how to live on earth and also what sin was. Then, in accord with mankind’s needs, God ended the Age of Law and began the Age of Grace in which the Lord Jesus incarnated to do His work of healing the sick and casting out demons and giving people limitless grace. In the end He was nailed to the cross and became a sin offering in order to redeem mankind from sin. After that, people only had to believe in the Lord and confess before the Lord and their sins would be pardoned. But though our sins are pardoned, our sinful nature still exists, and we are still slaves to the cycle of sinning in the daytime and confessing them at night. We have no way of shaking off the shackles of sin. Just as Paul said: “for to will is present with me; but how to perform that which is good I find not” (Romans 7:18). And in the Bible, it says, “Follow peace with all men, and holiness, without which no man shall see the Lord” (Hebrews 12:14). We still live sinfully, and we are vile and corrupt through and through. We are not qualified to enter God’s kingdom.

As is written in the Bible: “Who delivered us from so great a death, and does deliver: in whom we trust that he will yet deliver us” (2 Corinthians 1:10). “Who are kept by the power of God through faith to salvation ready to be revealed in the last time” (1 Peter 1:5). “So Christ was once offered to bear the sins of many; and to them that look for him shall he appear the second time without sin to salvation” (Hebrews 9:28). From these few verses, we can see that in order to save us completely from Satan’s dominion God of the last days has a stage of work to do to make us purified and worthy of His salvation. So when the Lord Jesus said “It is finished,” He didn’t mean that this work of salvation was already completed but that the work of redeeming mankind in the Age of Grace was done. From this we can see that God’s work of saving all of mankind is not yet finished. We need God to come and do the work of purifying and transforming us, otherwise we won’t be good enough to see God, never mind be saved by Him.

So let’s look at a couple of passages of God’s words, “For all that man may have been redeemed and forgiven of his sins, it can only be considered as God not remembering the transgressions of man and not treating man in accordance with his transgressions. However, when man, who lives in a body of flesh, has not been set free from sin, he can only continue to sin, endlessly revealing his corrupt satanic disposition. This is the life that man leads, an endless cycle of sinning and being forgiven. The majority of mankind sin in the day only to confess in the evening. This way, even though the sin offering is forever effective for man, it will not be able to save man from sin. Only half the work of salvation has been completed, for man still has a corrupt disposition.” “Therefore, after that stage of work was finished, there still remained the work of judgment and chastisement. This stage is to make man pure by means of the word, and thereby give him a path to follow. This stage would not be fruitful or meaningful if it continued with the casting out of demons, for it would fail to extirpate man’s sinful nature, and man would come to a standstill at the forgiveness of his sins. Through the sin offering, man has been forgiven his sins, for the work of the crucifixion has already come to an end and God has prevailed over Satan. But the corrupt disposition of man still remaining within him, man can still sin and resist God, and God has not gained mankind. That is why in this stage of work God uses the word to expose the corrupt disposition of man, causing him to practice in accordance with the right path. This stage is more meaningful than the previous one, as well as more fruitful, for now it is the word that directly supplies man’s life and enables the disposition of man to be completely renewed; it is a much more thorough stage of work. Therefore, the incarnation in the last days has completed the significance of God’s incarnation and completely finished God’s management plan for man’s salvation.”

From God’s words we can see that if we want to be purified and saved and taken into God’s kingdom to receive the inheritance of God, then we must accept God’s work of judgment of the last days. This is confirmation of what is written in the Bible: “For the time is come that judgment must begin at the house of God” (1 Peter 4:17). God uses the judgments of His words to reveal and dissect our corrupt substance to help us see the reality that we have been corrupted by Satan. Then we will begin to hate evil and betray Satan, and rely on God to gradually get rid of our corrupt dispositions and cleanse our sins, thus becoming people who obey and love God. This is how God will gain a group of people who are of one heart and one mind with Him, and His 6,000-year plan to thoroughly save mankind will be completed. God’s great work will then have been accomplished. Just as Revelation says: “And he that sat on the throne said, Behold, I make all things new. And he said to me, Write: for these words are true and faithful. And he said to me, It is done. I am Alpha and Omega, the beginning and the end. I will give to him that is thirsty of the fountain of the water of life freely” (Revelation 21:5-6). When man’s corrupt disposition is entirely cast off to yield a new man, then God’s work of saving mankind truly is done. Without the work of the Lord Jesus, our sins wouldn’t be pardoned and mankind wouldn’t have developed to where we are today; without the work of God’s judgment and chastisement in the last days, we could never get rid of our corrupt dispositions, never mind be purified by God. Every step, every stage of God’s work is necessary for mankind, and is implemented according to the degree of our corruption by Satan. Every step of God’s work is extraordinarily significant and not a step of it can be missed out.

So to reckon that the Lord Jesus’ saying “It is finished” while on the cross means that God’s work is totally finished doesn’t hold water. Only by following God’s footsteps and accepting God’s work of the last days can we be thoroughly cleansed and saved. People who achieve this are the most fortunate among the whole human race! Sister Wang, I am currently investigating God’s work of the last days, and hope that you can do so too.

I look forward to receiving your reply!

Maybe you also like to read: Does "It Is Finished" Said by Jesus Mean Man Was Fully Saved?

Tags: The Crucifixion and Resurrection of Jesus Christ
Previous