“Blessed are the pure in heart: for they shall see God” (Matthew 5:8). 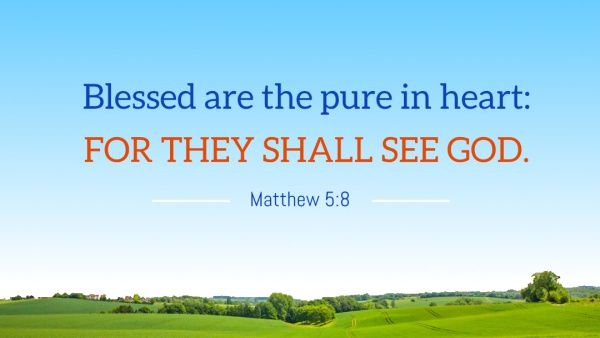 First of all, let’s take a look at the first kind of people. In John 10, it is said that on the Sabbath day the Lord Jesus cured a blind person in the temple and testified that He Himself was the good Shepherd, the Son of God, and that His authority came from God. But because of listening to the rumors from the Pharisees, some Jewish people stoned the Lord Jesus and said: “He has a devil, and is mad; why hear you him?” (John 10:20). “These are not the words of him that has a devil. Can a devil open the eyes of the blind?” (John 10:21). “For a good work we stone you not; but for blasphemy; and because that you, being a man, make yourself God” (John 10:33). Here we can see that the Jewish people did not take the Lord’s words and work seriously. They did not ponder whether there was truth in the Lord Jesus’ preaching, whether His preaching was beneficial and edifying to them, or whether His authority of performing miracles came from God. On the contrary, they followed the Pharisees blindly, condemning, judging, and blaspheming the Lord Jesus, and even stoning Him. Finally, the Jewish people followed the religious leaders in nailing the Messiah, whom they had been bitterly waiting for, to the cross. What they had done gravely offended God’s righteous disposition, which led to Israel being subjected to destruction and losing the opportunity of following the Lord forever. This is the lamentable end of those who did not carefully investigate the work and words of the Lord Jesus with a pure heart.

Then let’s see the second kind of people, who possessed a pure heart. Take Peter and John as examples. While the Lord Jesus preached and did His work, they heard the slanders and blasphemies from the religious leaders and Pharisees, and saw their attacks and temptations to the Lord Jesus. Yet they didn’t follow them or condemn the Lord Jesus blindly. Rather, they practically investigated the Lord’s work through listening to His preaching and watching the miracles performed by Him. After following the Lord Jesus for a period of time, they came to have some true knowledge of the Lord Jesus and then firmly believed that what the Lord Jesus had said and done was indeed from God, and couldn’t be achieved by any man. Therefore, even though the religious leaders and Pharisees resisted and condemned the Lord Jesus, they weren’t deceived by the rumors from them, but still persisted in following the Lord with pure hearts, for they only followed and listened to God while believing in God. One of the Lord Jesus’ disciples Simon Peter said: “Lord, to whom shall we go? you have the words of eternal life. And we believe and are sure that you are that Christ, the Son of the living God” (John 6:68-69). From this we can see that Peter had a sober and clear mind, so through the Lord Jesus’ actions and behaviors, he recognized that His identity was God Himself, and that He is the truth, the way and the life, and is the Messiah, whom they had been waiting for a long time. Finally, Peter was praised and blessed by the Lord Jesus.

From these two different results caused by different choices, we can see that those without pure hearts will suffer misfortune while those with pure hearts will be blessed. So having a pure heart is really very important for us to welcome the return of God. Having a pure heart means that we can discriminate between right and wrong among different views, and don’t listen to or obey others foolishly; we don’t randomly measure God’s work and words, but can personally investigate God’s work. Only in this way can we avoid making the great fault of forsaking the Messiah while waiting for Him, and have the opportunity to see God and hear God’s voice.

It says in the Bible: “Now all these things happened to them for ensamples: and they are written for our admonition, on whom the ends of the world are come” (1 Corinthians 10:11). It has been already more than two thousand years since the Pharisees deceived the believers into nailing the Lord to the cross. The record of this fact in the Bible gives us an admonishment: In dealing with the return of the Lord in the last days, we must not blindly forsake or condemn God’s work and words without seeking or investigating like the Pharisees and the muddled Jewish people without discernment. In order to be able to welcome the Lord like Peter, we must have clear and sober minds. Only by doing so can we receive God’s promise: “Blessed are the pure in heart: for they shall see God” (Matthew 5:8).

Maybe you also like to read: What Kind of People Can Really Obtain God’s Approval? 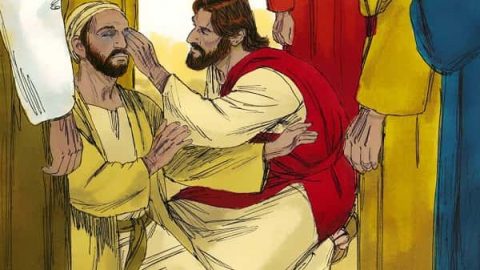 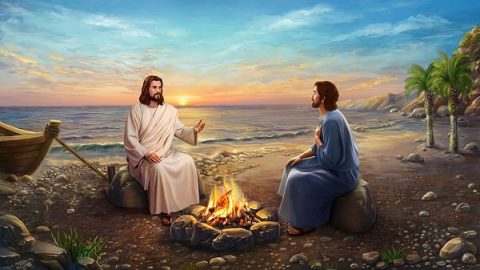 Be Watchful Not to Be Blind Spiritually!
The Lord said that people were blind means that their spiritual eyes were blind, they were unable to know God and receive His salvation through His words and work. 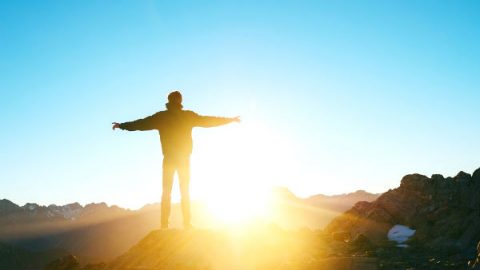