One day, it was drizzling. Some pedestrians held umbrellas and some walked in the rain leisurely.

Pastor Lee, Pastor Kim and Preacher Ju are famous pastors and preachers in the Korean churches. In the afternoon, after finishing the matters of the church, they got together and had a chat. Then they talked about the topic of “Some people testify that the Lord Jesus has returned.” Pastor Kim said, “Pastor Lee, Preacher Ju, your church must get the news. Now some people testify the Lord Jesus has returned to flesh, and moreover, has expressed millions of words. It’s shocking. What do you think of it?” This topic arrested their attention. Pastor Lee said with cool disdain, “The Bible says, ‘Behold, he comes with clouds; and every eye shall see him, and they also which pierced him: and all kindreds of the earth shall wail because of him. Even so …’ (Revelation 1:7). But we haven’t seen this. How come the Lord has returned?” In reality, Pastor Kim had the same viewpoint as Pastor Lee before. However, when he studied the Bible, he found it is prophesied in the Bible that there is another way in which the Lord will return. For example, Revelation 16:15 says, “Behold, I come as a thief.” Here, “come as a thief” means coming in secret. But if the Lord Jesus comes again on a cloud and before the eyes of everyone, how will that fulfill “coming as a thief”? Thereupon he laid out his views, “The Bible prophesies two different ways, two possible ways that the Lord shall return. One way will be in secret, the other in public. Thus, these two prophecies don’t contradict at all.”

Preacher Ju happened to hold the same view as Pastor Kim. He said, “I think that there isn’t contradiction in the Lord’s words, and that none of these prophecies will remain unfulfilled. Besides, many prophecies from the Bible say the Lord will come again as the Son of man. For example, Luke 17:24-25 says, ‘For as the lightning, that lightens out of the one part under heaven, shines to the other part under heaven; so shall also the Son of man be in his day. But first must he suffer many things, and be rejected of this generation.’ Because it mentions the words the ‘Son of man’ and ‘suffer many things,’ then it may refer to the incarnate flesh of God. So I hazard a guess: Like when the Lord Jesus came, people treated Him like an ordinary person, and didn’t realize that He was the Messiah, Christ. And because God is incarnated as the Son of man to be unrecognized by the people as such, thus, it can be that His incarnation becomes a secret thing. Then it tallies with the prophecy of His coming ‘as a thief.’ And I believe the prophecy of the Son of man’s coming probably refers to the coming of God in secret through incarnation.” 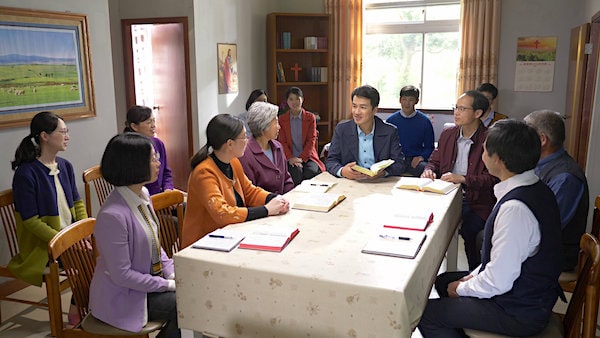 What Preacher Ju said made Pastor Kim clearer. Pastor Kim said, “It’s likely that the Lord Jesus will come in secret as the Son of man, and then appear to the public. This has been acknowledged by many expositors.”

Pastor Lee failed to put in and, seeing they had a heated discussion, he was a little unhappy. Then he folded his arms to conceal his embarrassment. After calming himself, he challenged Preacher Ju’s view and disapprovingly said, “According to your statements that the second coming of Jesus will be secret at first, and will only become public later, then what work will the Lord do between the time of His return and His public appearance?”

At his words, Pastor Kim and Preacher Ju were silent. They thought about this question over coffee.

Pastor Kim kept on pondering what Preacher Ju said. He thought: Preacher Ju’s words have the enlightenment of the Holy Spirit and come from the leading of the Holy Spirit. I often read these verses. How come I’ve never gotten this light? Hearing Pastor Lee’s question, he considered for a moment and said, “The Lord Jesus once said, ‘I have yet many things to say to you, but you cannot bear them now. However, when he, the Spirit of truth, is come, he will guide you into all truth: for he shall not speak of himself; but whatever he shall hear, that shall he speak: and he will show you things to come’ (John 16:12-13). Here, it says the Spirit of truth will guide us into all truth. I wonder whether this means God will become flesh in the last days to express the truth to do the work of judgment.”

Preacher Ju was excited, saying, “Thank the Lord. I remember the Bible says, ‘And also on the servants and on the handmaids in those days will I pour out my spirit’ (Joel 2:29). Here it says God will pour out His Spirit on the servants and handmaids, which most likely is the work of ‘judgment beginning with the house of God.’ By this, God will make a group of overcomers first. And I assume the servants and handmaids in this verse refer to the first fruits made by God. They’re those who serve God in the kingdom in the future. It’s very possible. In that case, it’s quite meaningful for us to accept God’s work when He comes in secret.” “Thank the Lord. Hearing your words, I remember it also says in Revelation, ‘For the Lamb which is in the middle of the throne shall feed them, and shall lead them to living fountains of waters …’ (Revelation 7:17). When it refers to ‘the Lamb shall feed them,’ this means that God will be incarnated as the Son of man to feed man. That is, God will personally become flesh as the Son of man into the world, giving man His living water of life and making a group of overcomers.” said Pastor Kim.

reacher Ju nodded while listening, saying, “I think so. Which means during God’s time of His secret incarnation, He will make a group of overcomers by expressing the truth. We must seize this chance to accept God’s salvation. Or else, when God appears publicly, it’ll be too late for regret.”

Pastor Lee who was neglected spread out his hands and said provokingly, “Suppose the Lord does come secretly through incarnation, then how are we to recognize Him?”

Pastor Lee’s question made Pastor Kim and Preacher Ju sense his disobedience and dissatisfaction, but they couldn’t answer it at that moment. All of them lost in deep thought again. Pastor Kim thought: Right! I’ve never thought this question. If the Lord Jesus comes secretly through incarnation, how should I recognize Him? He couldn’t help calling upon God in his heart: Lord, what should I do if I miss Your return because of not knowing You? Lord, don’t forsake me. May you help me hear Your voice and follow Your footsteps. After prayer, he suddenly thought of the Lord words, “My sheep hear my voice, and I know them, and they follow me …” (John 10:27). Then he said to them excitedly, “I remember when the disciples asked about how to welcome the second coming of Jesus, Jesus said: Be as wise virgins are.For wise virgins pay attention to God’s voice. And when they heard the news that God has come, they recognized God’s voice, and went out to welcome Him.Now we should also focus on hearing His voice. Since some people testify that the Lord has returned, we need to investigate this much more carefully and see whether whom they testify is the second coming of Jesus.”

“Thank the Lord. It’s from God’s guidance. We really can’t wait here and do nothing. We should investigate God’s work.” Preacher Ju said with excitement. Then he discussed with Pastor Kim how to find the brothers and sisters from the Church of Almighty God so as to let them fellowship about the work of Almighty God. They thought: Today, since the Church of Almighty God testifies that the Lord Jesus has returned and spoken words, we should pray, seek and think carefully and clearly, and shouldn’t deny or condemn it blindly. We must read Almighty God’s word more and, after that, we will know whether it’s God’s voice naturally.

Pastor Lee drank his coffee with embarrassment and no longer challenged them.

Outside the room the rain had already stopped sometime. The sun had broken through the clouds, shining upon the earth. 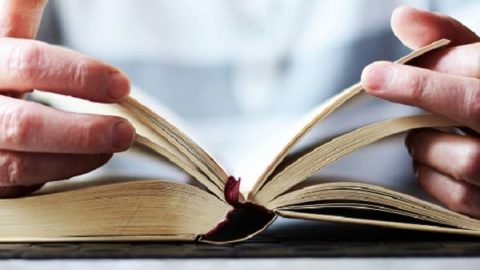 How Will God Judge Us on Judgement Day? A New Discovery in a Discussion 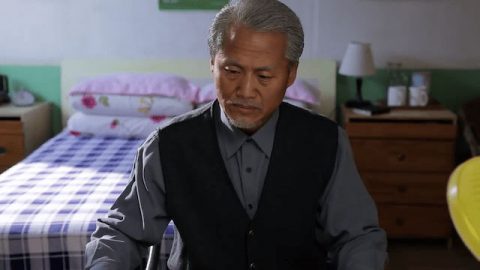 Exploration of the “Mystery”
God’s words reveals the mystery that God is incarnated on earth due to the needs of His work, there is not a distinction of gender with Him.

Can Man Define Where God Appears?
Both prophecies speak of the place where the Lord will appear: One is on the Mount of Olives in Israel, and the other in the East. Why is that?