Home » Bible Study » Bible Verse of the Day »
Watch therefore: for you know not what hour your Lord does come.

Watch therefore: for you know not what hour your Lord does come.

The Lord Jesus said, “Repent: for the kingdom of heaven is at hand” (Mat 4:17). He wanted people to repent and confess before the Lord so that their sins could be forgiven. However, those chief priests, scribes, and Pharisees only believed that the One that would come could only be called the Messiah and born of a virgin. But Mary had a husband and the Lord’s name was Jesus, so they denied that the Lord Jesus was the coming Messiah. Not only did they resist and condemn the Lord, but they spread the rumors to deceive the Jewish people into resisting Him. Finally, they were cursed by the Lord.

Though the Pharisees were familiar with the Old Testament, they defined the work of the Lord with their conceptions and imaginations and lost His salvation. In short, one will easily lose the Lord’s salvation if he relies on his conception and imagination, has no discernment and blindly follows others.

Meanwhile, the disciples and some Jewish people could follow the Lord Jesus. Do you know how they recognized the Lord?

Recall the story of the Samaritan woman in the Bible: When she heard the Lord Jesus said: “For you have had five husbands; and he whom you now have is not your husband: in that said you truly” (John 4:18), she said to the crowd: “Come, see a man, which told me all things that ever I did: is not this the Christ?” (Jhn 4:29). From these verses, we can see that the Samaritan woman realized from the Lord Jesus’ words that He is Christ, for she knew only God can watch over everything, know man’s innermost secrets, and can speak out her all things that she ever did. So, when the Lord Jesus said to her about her husbands, she once recognized He is Christ.

The Samaritan woman was smart and she could recognize the voice of God, so she gained the salvation of the Lord.

Likewise, in the last days, it is even more necessary to learn to listen to His voice. It is recorded in the Bible, “He that has an ear, let him hear what the Spirit says to the churches” (Rev 2:7). “My sheep hear my voice, and I know them, and they follow me” (Jhn 10:27). “And at midnight there was a cry made, Behold, the bridegroom comes; go you out to meet him” (Mat 25:6). When someone preaches the gospel of the second coming of Jesus, we should seek and investigate lest we miss the chance to welcome the Lord’s coming and be raptured into the kingdom of heaven, and repeat the mistakes of the Pharisees.

Key to Be Wise Virgins, receive the Lord’s Return 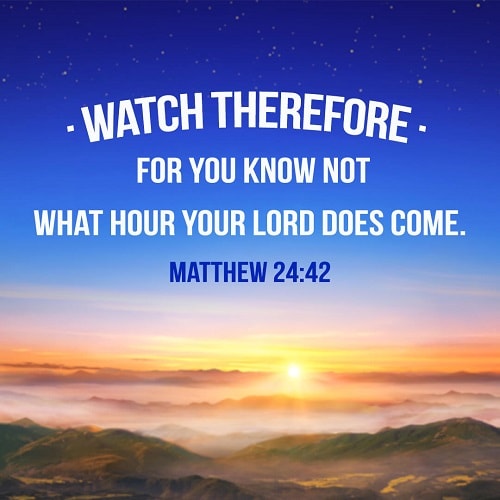 The Beam in Your Own Eye—A Commentary on Matthew 7:3–5

Ready For the Midnight Cry - Matthew 25:6