When it comes to God’s name, some brothers and sisters say that God’s name is Jehovah, for it is written in the Bible: “Jehovah … is My name for ever, and this is My memorial to all generations” (Exodus 3:15), and some say that God is called Jesus, because the Bible records: “Neither is there salvation in any other: for there is none other name under heaven given among men, whereby we must be saved” (Acts 4:12). Some, however, have recently seen a verse from the Book of Revelation, chapter 1, verse 8: “I am Alpha and Omega, the Beginning and the Ending, said the Lord, which is, and which was, and which is to come, the Almighty,” from which it can be seen that God will name Himself the Almighty. This confounds many people: Why does God’s name change? Why does God take these names? What’s the significance of God taking them?

Actually, if we want to understand this aspect of the truth, we first have to know how God’s names are derived. In this way, the questions will be easily resolved.

This is the source of the name Jehovah, the first name that God took. From that time on, God used the name Jehovah to begin the work of the Age of Law, to lead the Israelites out of Egypt and across the Red Sea, and to guide their lives in the wildness. He issued forth laws and commandments to the Israelites through which He made them aware of their sins, and let them learn to build altars, give offerings, confess their sins and repent. At that time, as long as people prayed to the name of Jehovah, they could gain God’s care, protection and guidance. The Israelites lived under the guidance of Jehovah God for generation after generation, until the Age of Law ended. Late in the Age of Law, people were becoming more and more corrupted by Satan, ever more laws and commandments failed to be kept, even the temple had become a place to trade livestock and doves, and people were in constant danger of being put to death by the laws. However, God took mercy on man and loved man, and couldn’t bear to see man be destroyed in such a way. Therefore, He brought an end to the Age of Law in which He led man with the name of Jehovah, and He changed His name to Jesus to launch the work of redeeming mankind. God incarnated in the form of the Lord Jesus and healed the sick, cast out demons and performed miracles. He preached the way of repentance, taught people to love their enemies, forgive seventy times seven times, not to judge others, to be the salt and the light, to love God with all their heart and soul, and so on. In the end, He was crucified on the cross to become a sin offering, thereby completing His work of redeeming all mankind. Thereafter, as long as we accept the Lord Jesus’ work, pray in His name, we can be forgiven and God will not see us as sinners.

With this fellowship, I trust that many brothers and sisters have understood that God originally had no name. It was only because God wanted to save mankind after being corrupted by Satan that He gave Himself names based on His work and man’s requirements then. God’s name in the Age of Law was Jehovah, and in the Age of Grace it was Jesus. 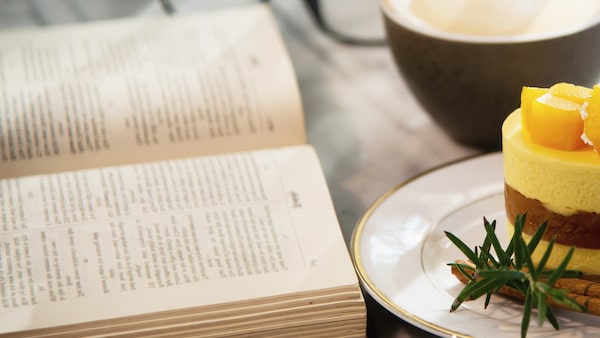 From these two passages, we can see that every name God adopts represents a different age and has a different meaning, and that they represent the work God does and the disposition He expresses in that age. Jehovah was God’s fixed name in the Age of Law when He led the Israelites and represented His disposition of burning and curse. At that time, God did the work of guiding people in their lives and teaching them to worship God. The name Jesus existed for the sake of the redemption of the whole of mankind, and the disposition represented was love and mercy. In that age, the Lord Jesus healed the sick and cast out demons, He made man confess and repent, and He performed the work of redemption. It is clear from this that, each time God carries out a stage of His work, He takes on a new name, which has its own particular significance and reveals to us humans the disposition He wants to express in that age, so that we can better know Him. But we should be clear that though God’s name has changed, His essence, His authority, His power, His love for mankind and His desire to save man will never change.

Based on the steps of God’s work, God will carry out new work in the last days, and so He will change His name. Just as the Bible predicted: “Him that overcomes will I make a pillar in the temple of My God, and he shall go no more out: and I will write on him the name of My God, and the name of the city of My God, which is new Jerusalem, which comes down out of heaven from My God: and I will write on him My new name” (Revelation 3:12). “I am Alpha and Omega, the Beginning and the Ending, said the Lord, which is, and which was, and which is to come, the Almighty” (Revelation 1:8). We can see from the prophecies that when God returns in the last days, He will take a new name, which could well be the Almighty. Under this name, God will express truth and perform new work. These mysteries will be personally revealed by God Himself.

Through the passages and verses above, we ought to understand that God’s names exist because of His work of saving man and have their own particular significance.

You may be interested in reading more on our Bible Study Topics page about Names of God, or in the articles below.

• When Jesus Returns, Will He Still Be Called Jesus?

• What’s the Mystery of the Names of God?

• As Prophesied in Revelation 3:12, Will Jesus Have a New Name in the Last Days?

Tags: Meaning of the Names of God
Next

In the Age of Law, God’s name was Jehovah, and Jesus in the Age of Grace. Why does God have different names? What’s the meaning of His names?

No matter in which age or whatever name God is called by, God’s righteous and good substance never changes. God will always be God Himself who saves us.
3:58

Lyrics: In each stage of God’s work, there’s a basis for His name. It holds special meaning, each name stands for one age.

In the Old Testament, God’s name was Jehovah, but why did God’s name change to Jesus in the New Testament? What is the significance of the name of Jesus? This article will tell you the answers.