Whenever we talk of the Lord Jesus, we all think of His abundant love for us; He personally came into the world to redeem mankind and was an innocent Man who was crucified upon the cross, and this act completely manifests His love for all mankind. The Bible says, “Through the tender mercy of our God; whereby the dayspring from on high has visited us, To give light to them that sit in darkness and in the shadow of death, to guide our feet into the way of peace” (Luke 1:78–79). Every Christian who accepts the Lord’s salvation enjoys the plentiful grace which He bestows on us and we experience the peace and joy He brings to us. Many people therefore believe that the Lord Jesus’ disposition is eternally loving and merciful.

This is what I believed too, after having believed in the Lord for many years. But then I read the passage in the Bible where the Lord Jesus rebukes the Pharisees: “Why I say to you, All manner of sin and blasphemy shall be forgiven to men: but the blasphemy against the Holy Spirit shall not be forgiven to men. And whoever speaks a word against the Son of man, it shall be forgiven him: but whoever speaks against the Holy Spirit, it shall not be forgiven him, neither in this world, neither in the world to come” (Matthew 12: 31–32). From these words in which the Lord Jesus condemns and curses the Pharisees, I saw that His attitude toward them was one of abhorrence and loathing, and I understood from this that God’s disposition also has a side which brooks no offense. Coming to this realization, I felt very surprised, and I thought to myself: Could it be that the Lord Jesus’ disposition is not only merciful and loving, but is also majestic and wrathful? Because I didn’t thoroughly understand this matter, I began to seek the answer. 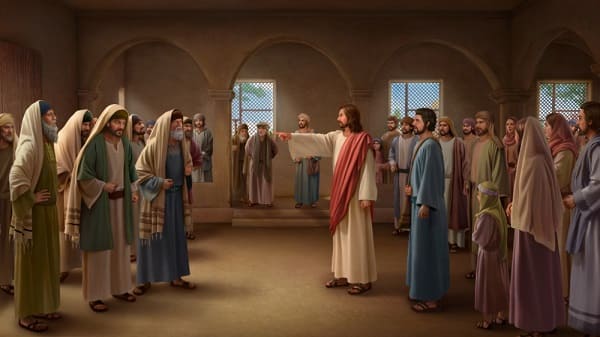 Thank the Lord that, after a while, my seeking finally bore some fruit. I saw several passages of words from a book: “First of all we know that God’s disposition is majesty, is wrath. He is not a sheep to be slaughtered by anyone; even more, He is not a puppet to be controlled by people however they want. He is also not empty air to be bossed around by people. If you really believe that God exists, you should have a heart that fears God, and you should know that God’s essence is not to be angered.” “What is God’s attitude toward people who aggravate His disposition, and offend His administrative decrees? Extreme loathing! God is extremely enraged by people who are unrepentant about aggravating His disposition! ‘Enraged’ is just a feeling, a mood; it can’t represent a clear attitude. But this feeling, this mood, will bring about an outcome for this person: It will fill God with extreme loathing!” “God’s love for man is not the pampering or spoiling kind; His mercy and tolerance toward mankind is not indulgent or unmindful. On the contrary, God’s love for mankind is to cherish, to pity, and to respect life; His mercy and tolerance convey His expectations of man; His mercy and tolerance are what humanity needs to survive. God is alive, and God actually exists; His attitude toward mankind is principled, not a dogmatic rule at all, and it can change. His will for humanity is gradually changing and transforming with time, with circumstance, and with the attitude of each and every person.”

From these passages, I came to understand that God is the Lord of creation and that, although He is filled with mercy and love for mankind, He is also dignified, and even less does His disposition tolerate any offense. When people unscrupulously blaspheme against God and go even further to contest with Him and oppose Him, then God’s punishment comes upon them; to those who abide by God’s words, who obey His work and who have God-fearing hearts, however, God is loving and merciful. From this we can see that God’s attitude toward man is not unchangeable, but rather it changes along with man’s attitude to God—this is God’s righteous disposition.

Thinking back to when the Lord Jesus came to earth to perform His work, He expressed many truths and performed many signs and wonders. The Pharisees, priests and scribes knew perfectly well that the Lord Jesus’ words and work carried authority and power, but in order to safeguard their own positions and livelihoods, they recklessly fabricated rumors and they judged and vilified the Lord, so much so that they even blasphemed against the Lord Jesus, saying that He cast out demons by relying on the Devil, and they tried to stop the common people from following Him. Their attitude of being hostile to the truth and sick of the truth offended God’s disposition, and that is why the Lord Jesus hated them and cursed them to experience misfortune, saying that they were of the ilk of the serpent and the sons of hell. Then there was Judas, the disciple of the Lord Jesus, who always stole money from the Lord Jesus and spent it, who did not cherish His words and who had no love for the truth at all. He also sold the Lord Jesus out for 30 pieces of silver, thus becoming a shameful traitor who severely offended God’s disposition and who, in the end, was cursed by God and died of a burst stomach. There is also the story of Ananias and his wife who secretly kept a portion of the money made from selling their land. By doing this, they not only cheated other people, but they also blatantly lied to the Holy Spirit. They thereby offended God’s disposition and God smote them down. These facts about God’s work prove that God’s disposition is not only merciful and loving, but that it is also majestic and wrathful, and this is the embodiment of God’s righteous disposition. Although God loves mankind whom He made with His own hands, to those who rebel against Him and who blatantly oppose Him, He reveals another side to His righteous disposition—that of profound anger. Thus, I came to understand that the Lord Jesus’ mercy and love is not bestowed endlessly upon us. When we do not follow God’s way and we defy God and act hostile to Him, He then unleashes His majesty and wrath upon us, and the sin offering that the Lord Jesus made on our behalf then becomes null and void. Just as the Bible says, “For if we sin willfully after that we have received the knowledge of the truth, there remains no more sacrifice for sins” (Hebrews 10:26).

To those who love the truth, who accept the truth, who truly repent and are able to abide by God’s words, however, as long as they don’t blaspheme against the Holy Spirit, then God shall always be merciful and loving toward them. Take Peter and John, the followers of the Lord Jesus, for example, as well as such people as the tax collector Matthew, who repented and confessed to the Lord. When they heard the Lord Jesus’ call, they gave up everything and followed Him. They listened diligently to His sermons, thirsted for His words, and the Lord Jesus treated them with mercy and love. The Lord also often lived alongside them, giving them His blessings and guidance. At that time, because Peter didn’t understand the work the Lord Jesus had to perform, he tried to obstruct God’s work out of the goodness of his heart before the Lord was crucified, thus becoming one of Satan’s lackeys. When he said: “Be it far from You, Lord: this shall not be to You” (Matthew 16:22), the Lord sternly rebuked him, saying, “Get you behind Me, Satan” (Matthew 16:23). From these words, we can see that the Lord Jesus abhorred Peter’s action. Yet the Lord scrutinizes the hearts of men and He forgives the immaturity of men’s statures, and so He did not punish Peter, but instead gave him a chance to repent. When Peter realized what he had done, he often felt remorse for his action and, in the end, the Lord did not remember Peter’s transgression, but instead gave him the job of shepherding the church. 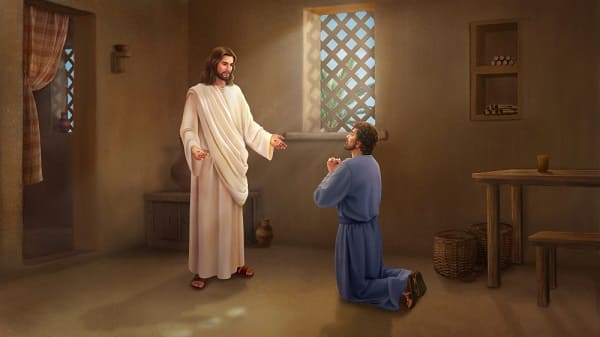 I then became certain that the Lord Jesus’ disposition is not merely loving and merciful, but that it is also righteous, majestic and wrathful. If we forever delimit the Lord Jesus to being only a loving and merciful God because we have enjoyed the Lord’s love and mercy, and if we believe that God will never be angry with us no matter what sin we may commit, but that He will instead be merciful and lenient toward us, then we will be apt to displease God with our actions and offend His disposition due to our lack of a God-fearing heart. I then read another passage of God’s words: “God is a living God, and just as people perform differently in different situations, God’s attitude toward these performances differs because He is not a puppet, nor is He empty air. Getting to know God’s attitude is a worthy pursuit for mankind. People should learn how, by knowing God’s attitude, they can know God’s disposition and understand His heart bit by bit. When you come to understand God’s heart bit by bit, you won’t feel that fearing God and shunning evil is a difficult thing to accomplish. What’s more, when you understand God, you’re not likely to make conclusions about Him. When you stop making conclusions about God, you’re not likely to offend Him, and unwittingly God will lead you to have a knowledge of Him, and thereby you will fear God in your heart. You will stop defining God using the doctrines, the letters, and the theories you’ve mastered. Rather, by always seeking out God’s intentions in all things, you will unconsciously become a person who is after God’s heart.” This passage enabled me to understand that, only by knowing God’s disposition will we be able to approach every matter we encounter with caution and care. Especially at this crucial time of the last days during which we welcome the Lord’s return, we cannot determine such things as how the Lord will come in the last days, what work He will perform, based on our own ideas and imaginings, much less should we delimit the Lord in any way. We must harbor a God-fearing heart and seek more in all things so as to avoid delimiting and defying God, offending God’s disposition and committing the same mistake as the Pharisees by relying on our misconceptions and imaginings. It is evident that understanding God’s disposition is incredibly important to each and every believer in God.

• How to Know God – Is God Always Merciful and Loving? 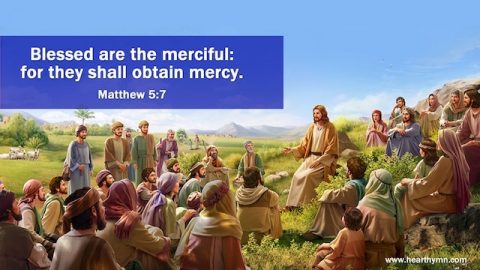 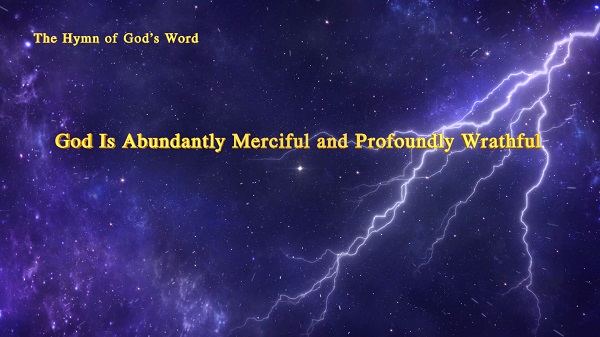 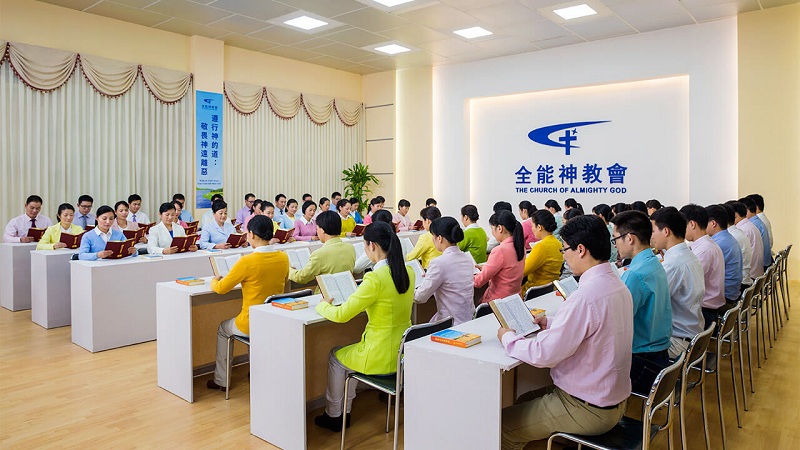