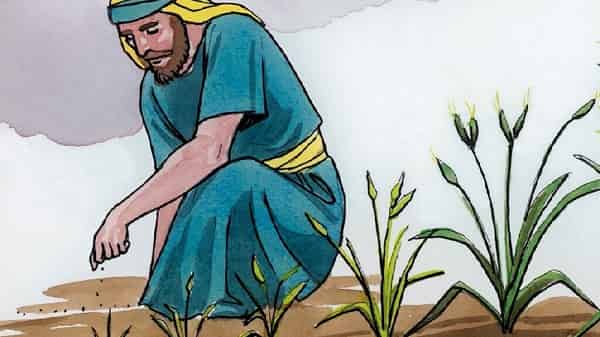 The Parable of the Mustard Seed - Matthew 13

31 Another parable put he forth to them, saying, The kingdom of heaven is like to a grain of mustard seed, which a man took, and sowed in his field: 32 Which indeed is the least of all seeds: but when it is grown, it is the greatest among herbs, and becomes a tree, so that the birds of the air come and lodge in the branches thereof.

The Parable of the Leaven - Matthew 13

33 Another parable spoke he to them; The kingdom of heaven is like to leaven, which a woman took, and hid in three measures of meal, till the whole was leavened.

I will Open My Mouth in Parables - Matthew 13

34 All these things spoke Jesus to the multitude in parables; and without a parable spoke he not to them:

35 That it might be fulfilled which was spoken by the prophet, saying, I will open my mouth in parables; I will utter things which have been kept secret from the foundation of the world.

The Jesus' life story about the Lord of the Sabbath. "For the Son of man is Lord even of the sabbath day."

The Bible stories about Jesus' words, comfort in persecution, "...be you therefore wise as serpents, and harmless as doves. ..."