Home » Bible Study » Bible Verse of the Day »
But if you have respect to persons, you commit sin, and are convinced of the law as transgressors.

But if you have respect to persons, you commit sin, and are convinced of the law as transgressors.

After reading this verse, I have deep feelings. We always judge people by their appearances and are unable to treat people correctly without realizing that this is a sin. God examines the innermost heart of man. If one doesn’t have reverence for God in his heart but judge other people by their appearances, not only will he misjudge people, but it also leads to terrible consequences. For example, when the Lord Jesus became flesh to do the work of redemption in the Age of Grace, those who served God in the temple—the chief priest, scribes, and Pharisees—saw that the Lord Jesus had an ordinary appearance and didn’t come from a rich family, they belittled, made cutting remarks, condemned and even blasphemed Him, and finally nailed Him to the cross, committed a heinous crime and were punished by God. Isn’t this because they didn’t listen to the truth expressed by Jesus but judged Him by His appearance? God says, “External appearance does not determine substance; what’s more, the work of God has never conformed with the conceptions of man. Did not the outward appearance of Jesus conflict with the conceptions of man? Were not His appearance and dress unable to provide any clues as to His true identity? Was not the reason why the earliest Pharisees opposed Jesus because they merely looked at His external appearance, and did not take to heart the words that He spoke?” The Pharisees’ failure in their belief in God warns us not to judge anyone by his external appearance or whether or not he has prominent status and identity, but see that whether or not he fears God, obeys God or loves God. Thus, we can receive God’s protection.

• Why Didn’t Jesus Choose to Take a Lofty Image? 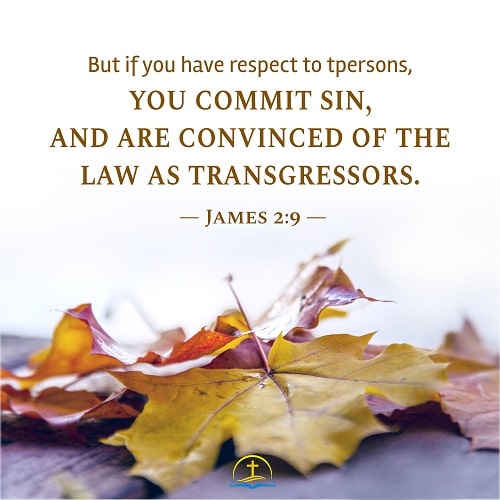 Be Clothed With Humility. A Commentary on 1 Peter 5:5

Watch and Pray—A Commentary on Matthew 26:41

Worship God in Spirit and in Truth—A Commentary on John 4:24
Read today’s Bible verse John 4:24, worship God in spirit, and we will be praised by God.

Doing the Will of the Father in Heaven - Matthew 7:21
I believe that every Christian brothers and sisters are familiar with this verse. But have we ever considered that how to follow the will of the Heavenly Father? When I began to develop faith in the Lord, I thought that as long as I accepted the salvation of the Lord, I would have a place in the heavenly kingdom.

Overcoming Worry, Start from Relying on God. A Commentary on Psalm 94:19
Today's bible verse Psalm 94:19 tell us that overcoming worry is start from relying on God. when we feel worried, God is our only reliance, and that only God can make us from worried to happy.