This morning, after practicing spiritual devotion and saying a prayer to God, I turned on my computer and logged on to Facebook. I then saw a message from Sister Jinshen: Hello, Danyi, the recent fellowshiping about the Bible with you has answered so many of the confusions I had in faith. And today I’d like to delve into another issue with you. Since I started believing in the Lord Jesus and read the following in the Bible: “For with the heart man believes to righteousness; and with the mouth confession is made to salvation” (Romans 10:10), I have always believed that because of our faith in the Lord Jesus, we believers are saved, that once we are saved then we are saved forever, and that when the Lord comes back we will automatically enter the kingdom of heaven. But later on, I read the Bible verses: “Be you holy; for I am holy” (1 Peter 1:16), and “Holiness, without which no man shall see the Lord” (Hebrews 12:14). Seeing these words reminded me of how we are still living in the state of continually sinning and confessing, and haven’t reached holiness. For example, some brothers and sisters follow the world’s evil trends, pursue eating, drinking and carousing, and covet physical pleasures; some indulge in online games or playing mahjong and gambling; some plot against each other in their interpersonal dealings, bicker over every little bit of their interests, and lie and cheat others. I am therefore really confused and wonder: The Lord is holy, so can we, who often commit sins, be worthy to see the Lord’s face and enter the kingdom of heaven? I’d like to hear your fellowship on this.

The sight of her message made me fall into deep thought. After pondering for a bit, I then sent my understanding to her:

Hello, Sister Jinshen. After reading the verse: “For with the heart man believes to righteousness; and with the mouth confession is made to salvation” (Romans 10:10), many brothers and sisters believe that we are forgiven our sins and saved after we have faith in the Lord. They also believe that, when the Lord comes, we will be raptured into the heavenly kingdom by Him. However, few people contemplate whether thinking of things in this manner is in accord with God’s will. So what does salvation really mean? 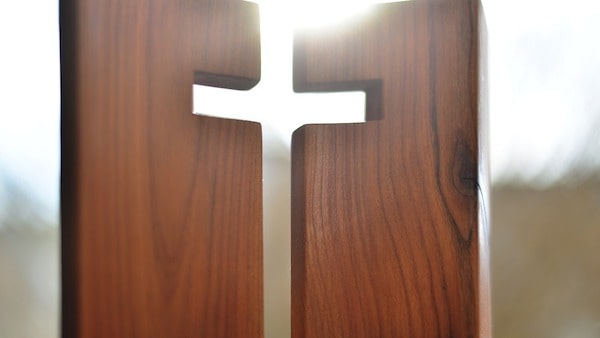 This used to be something I couldn’t understand, either. Only after I read two passages of God’s words on a gospel website did I truly become aware of it. This is what the passages said: “At the time, Jesus’ work was the work to redeem all mankind. The sins of all who believed in Him were forgiven; as long as you believed in Him, He would redeem you; if you believed in Him, you were no longer of sin, you were relieved of your sins. This is what it meant to be saved, and to be justified by faith. Yet in those who believed, there remained that which was rebellious and opposed God, and which still had to be slowly removed. Salvation did not mean man had been completely gained by Jesus, but that man was no longer of sin, that he had been forgiven his sins. Provided you believed, you would never more be of sin” (“The Vision of God’s Work (2)”), and “A sinner such as you, who has just been redeemed, and has not been changed, or been perfected by God, can you be after God’s heart? For you, you who are still of your old self, it is true that you were saved by Jesus, and that you are not counted as a sinner because of the salvation of God, but this does not prove that you are not sinful, and are not impure. How can you be saintly if you have not been changed? Within, you are beset by impurity, selfish and mean, yet you still wish to descend with Jesus—you should be so lucky! You have missed a step in your belief in God: You have merely been redeemed, but you have not been changed. For you to be after God’s heart, God must personally do the work of changing and cleansing you; if you are only redeemed, you will be incapable of attaining sanctity. In this way you will be unqualified to share in the good blessings of God, for you have missed out a step in God’s work of managing man, which is the key step of changing and perfecting. You, a sinner who has just been redeemed, are therefore incapable of directly inheriting God’s inheritance” (“Concerning Appellations and Identity”).

I saw from these words that salvation only indicates that we are no longer condemned by laws. In the later period of the Age of Law, since mankind was corrupted more and more deeply by Satan, they lived in sin. They were unable to observe the laws and all faced the danger of being put to death by the laws. To redeem mankind, God incarnated and became the Lord Jesus to do the work of redemption. He was crucified as a sin offering for mankind’s sins. From then on, as long as we prayed to the Lord Jesus’ name, confessed our sins and repented, then the Lord would show mercy to us and no longer see us as sinners, and our sins would be absolved and we would no longer be condemned or sentenced to death by the laws. This is the true meaning of salvation. What is undeniable, however, is that, although the Lord Jesus forgave our sins, our sinful nature and satanic dispositions still exist. For instance, we continue to lie and deceive God as well as other people; we follow the wicked trends of the world, focusing on eating, drinking and being merry; we worship fame, status, power, and for our own status and reputation, we struggle with others, attack and ostracize them; when we see someone who is better than us, we feel jealous; if someone displeases us then we hate them; when God’s work doesn’t conform to our notions, we argue with God, blame Him and oppose Him; and so on. I then thought to myself: We fail to put the Lord’s words into action or extricate ourselves from sin. How can people like us enter God’s kingdom?

The Lord Jesus said clearly: “Not every one that said to Me, Lord, Lord, shall enter into the kingdom of heaven; but he that does the will of My Father which is in heaven” (Matthew 7:21). “Truly, truly, I say to you, Whoever commits sin is the servant of sin. And the servant stays not in the house for ever: but the son stays ever” (John 8:34–35). “Be you holy; for I am holy” (1 Peter 1:16). Only the Lord’s words are the truth, and are the basis for pursuing entry into the kingdom of heaven. The Lord never said that man could enter into God’s kingdom because they had been forgiven their sins and attained salvation, but instead He said that only those that do the will of the heavenly Father, are purified and no longer commit sin can enter into God’s kingdom. Then, I understood that my view that the Lord Jesus had absolved us of our sins and made us righteous through faith, and that was enough to be directly raptured into the kingdom of heaven when the Lord returned was based on my own notions and imagination. It was totally at odds with God’s will. Therefore salvation couldn’t be taken as the credential for entering the kingdom of heaven.

In fact, the Lord Jesus knew that we are vile and corrupt through and through and still live in a sin-and-confess state, and that it is impossible for us humans to rid ourselves of sin and be cleansed merely by relying on ourselves. That is why the Lord Jesus prophesied two thousand years ago that He would come again in the last days and use the truth to carry out a stage of work of purifying, changing and saving man, and ultimately take those who are cleansed of their satanic dispositions into the kingdom of heaven. Just as the Lord Jesus foretold: “I have yet many things to say to you, but you cannot bear them now. However, when He, the Spirit of truth, is come, He will guide you into all truth: for He shall not speak of Himself; but whatever He shall hear, that shall He speak: and He will show you things to come” (John 16:12–13). “He that has an ear, let him hear what the Spirit says to the churches” (Revelation 2:7). “And if any man hear My words, and believe not, I judge him not: for I came not to judge the world, but to save the world. He that rejects Me, and receives not My words, has one that judges him: the word that I have spoken, the same shall judge him in the last day” (John 12:47–48). “For the Father judges no man, but has committed all judgment to the Son” (John 5:22). From these scriptures, I could see that the Lord yet has many things to tell us, and that He shall return in the last days to express words, to perform the work of judgment, to show us the path to achieving progress in life and changing our dispositions, and to provide us with all the truths that will help us break away from corruption and be purified and enable us to attain full salvation. Only by experiencing God’s work of judgment beginning in God’s house in the last days can we truly rid ourselves of sin and be cleansed, and in the end be led into God’s kingdom.

Sister Jinshen, all the above is my own understanding—I hope it’s been helpful for you. I hope that soon you may be able to emerge from your confusion.

Read more on our Bible Study Topics page on Enter the Kingdom of God, or click on the related articles below.

• We’ve Gained Salvation Through Jesus Christ, So Can We Enter the Heavenly Kingdom?

• How Will God Judge Us on Judgement Day? A New Discovery in a Discussion

• Why Does God Judge Man in the Last Day? How Will He Judge Man?

What Are the Requirements for Entering the Kingdom of God?

As a Christian, Can we enter the kingdom of God by expending and laboring for the Lord with enthusiasm?

Are those Christians who joined the Three-Self Church for fear of being persecuted by the CCP government the fearful? Do you know the end of the fearful?

Although we have been redeemed by the Lord, we still commit sins. When the Lord Jesus comes back, will He rapture us into the heavenly kingdom? How can we get rid of our sinful nature?