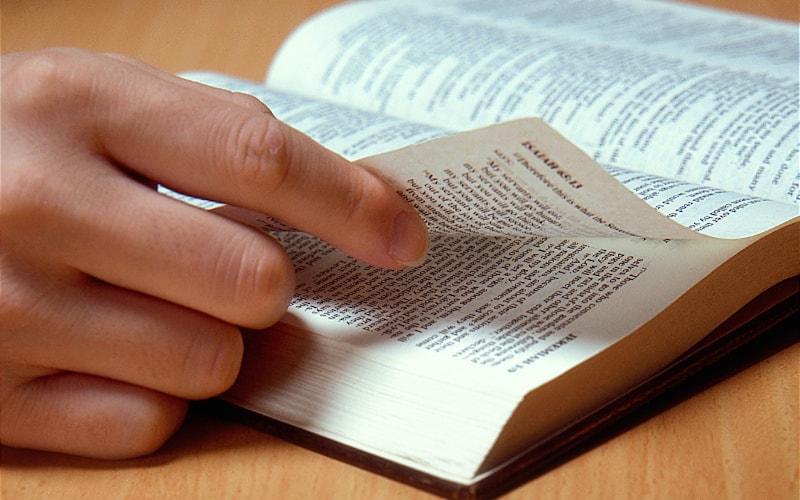 We all know that “Heaven” is always referred to as God. The “heavenly kingdom” obviously refers to God’s kingdom, and it is the kingdom where God is in power, it is Christ’s kingdom. There is no tears or sorrow, much less pain or death, so all Christians pursue and yearn for it. Then, where is it? Maybe some brothers and sisters will answer without any hesitation, “Of course it’s in heaven. The Lord Jesus said, ‘In My Father’s house are many mansions: if it were not so, I would have told you. I go to prepare a place for you. And if I go and prepare a place for you, I will come again, and receive you to Myself; that where I am, there you may be also’ (John 14:2-3). Since the Lord Jesus promised us that wherever He is He will ask for us to come there and He ascended to heaven after His resurrection, the place that God has prepared for us must be in heaven. So we have been longing for the Lord to return to receive us into God’s kingdom soon.”

John 3:13 says, “And no man has ascended up to heaven, but He that came down from heaven, even the Son of man which is in heaven.” The Lord Jesus clearly told us that no one can ascend up to heaven except for the Son of man, for heaven is God’s dwelling place. So how can we mankind deserve to ascend up to heaven? And let’s give it some more thought. If we are really raised up into the air, well, there’s no food and no place to live there, how will we survive? Thus, it is clear that the view that God’s kingdom is in heaven is indeed our conceptions and imagination.

As we all know, when God first created man, He made them live on earth, and allowed them to obey, worship and honor Him on earth. And Satan corrupts mankind, also on earth. Moreover, after man sinned, God carries out His work of the salvation of man also on earth. For example: In the Age of Law, Jehovah God used Moses to proclaim His laws and commandments to guide man to live a normal life on earth. Thus mankind could know what kind of people God blesses and what kind of people God curses, and at the same time they could know what is righteous and what is sinful. However, during the later period of the Age of Law, since the human race had become more and more deeply corrupted by Satan, man all lived in sin. They were unable to abide by the laws and faced the danger of being convicted and cursed by these laws. That is why the Lord Jesus became flesh and came to earth to do the work of redemption in the Age of Grace. He served as a sin offering for man, exempting man from the conviction and the curse of the law, so we could be qualified to come before God and pray to Him, and enjoy His abundant grace and truth. The Lord Jesus taught us to be tolerant and patient and to confess our sins and repent, so that we can have the chance to gain God’s salvation and survive on earth. From this we can see that God first created man on earth and that His work in the Age of Law and the Age of Grace was also carried out on earth. Revelation 21:2-3 say, “And I John saw the holy city, new Jerusalem, coming down from God out of heaven…. Behold, the tabernacle of God is with men, and He will dwell with them, and they shall be His people, and God Himself shall be with them, and be their God.” Revelation prophesied that the new Jerusalem shall come down out of heaven. So when the Lord Jesus comes back again, the kingdom of Christ will be realized among man. In other words, the kingdom of God will be established on earth and will last forever. Thus it can be seen that God does the work of the salvation of man on earth all along.

About mankind’s future destination that is on earth, God’s words say, “God will return to His original place, and each person will return to their respective place. These are the destinations in which God and humans will reside once God’s entire management is finished. God has God’s destination, and humanity has humanity’s destination. While resting, God will continue to guide all humans in their lives upon earth, and while in His light, they will worship the one true God in heaven. … When humans enter into rest, it means that they have become true objects of creation; they will worship God from upon the earth, and live normal human lives. People will no longer be disobedient to God or resist Him, and will return to the original life of Adam and Eve. These will be the respective lives and destinations of God and humans after they enter into rest. Satan’s defeat is an inevitable trend in the war between it and God. As such, God’s entering into rest after the completion of His management work and humanity’s complete salvation and entrance into rest have likewise become inevitable trends. Humanity’s place of rest is on earth, and God’s place of rest is in heaven. While humans worship God in rest, they will live upon the earth, and while God leads the rest of humanity in rest, He will lead them from heaven, not from earth.”

From God’s words, we can see that God and humanity will enter into rest together after the completion of God’s management work. God’s resting place is in heaven, while man’s place of rest is still on earth. By then, we humans will live on earth as if in heaven. This is the beautiful destination that God has prepared for us. When God accomplishes His work of salvation and completely saves us from the influence of Satan, our filth and corruption will have been cleansed, and we will be able to act according to God’s words and obey, love and satisfy Him in all things. After we have been able to live out what God requires of us and witness for and glorify Him, the kingdoms of the world will then become a God-worshiping kingdom. This way, God’s kingdom will be realized on earth.

Read more on our Bible Study Topics page about Enter the Kingdom of God, or in the recommended articles below. 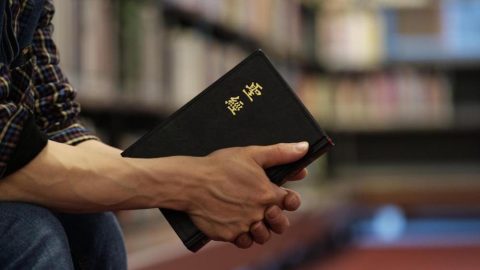 What Are the Requirements for Entering the Kingdom of God?
Show more

After eating breakfast, Yeqi turned on her computer and logged on to Facebook. She looked up her friend Lina’s account, and as her fingers clattered across the keyboard, she asked, “Are you online? There’s a question I’d like to talk to you about. This morning, as I read my devotional, I came across this verse, […]

Can One Enter the Kingdom of Heaven by Working Hard?

Can I Enter the Kingdom of Heaven Only by Working Hard but Not Being Purified? Entering the kingdom of heaven is the goal I will pursue all my life. To this end, I often read Bible, preach the gospel and work hard for the Lord. It pays to pay more price because I can enter […]

It is said in the Bible, “For with the heart man believes to righteousness; and with the mouth confession is made to salvation” (Romans 10:10). Many of us therefore believe that by believing in the Lord Jesus, we are already saved and once saved always saved, so when the Lord returns we will automatically be […]