Why Didn’t They Enter the Land of Canaan? 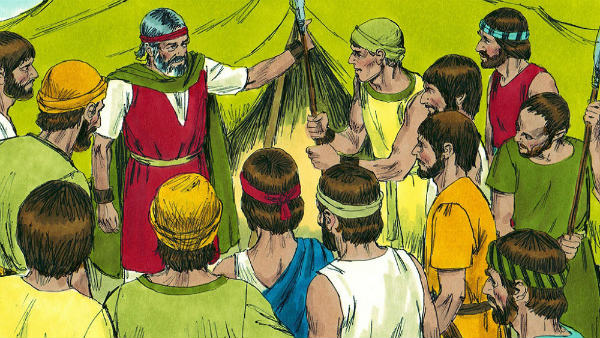 The Old Testament records: “And Moses by the commandment of Jehovah sent them from the wilderness of Paran: all those men were heads of the children of Israel” (Numbers 13:3). “And they brought up an evil report of the land which they had searched to the children of Israel, saying, The land, through which we have gone to search it, is a land that eats up the inhabitants thereof; and all the people that we saw in it are men of a great stature. And there we saw the giants, the sons of Anak, which come of the giants: and we were in our own sight as grasshoppers, and so we were in their sight” (Numbers 13:32–33). “And all the congregation lifted up their voice, and cried; and the people wept that night” (Numbers 14:1).

These scriptures record a story happening after Moses led the Israelites out of Egypt. On the way to the land of Canaan, Moses sent the heads of the twelve tribes of Israel to spy out the land of Canaan. Seeing the people living there were burly, strong, big, and strapping, except Joshua and Caleb, the other ten were very scared. Then the ten people came back and spread an evil report of the land, and the Israelites believed what they said and complained that Moses shouldn’t have brought them out of Egypt. The sound of their cries was everywhere.

But Joshua and Caleb had a place for God in their hearts. They rent their clothes. And they spoke to all the company of the children of Israel, saying, “The land, which we passed through to search it, is an exceeding good land. If Jehovah delight in us, then he will bring us into this land, and give it us; a land which flows with milk and honey. Only rebel not you against Jehovah, neither fear you the people of the land; for they are bread for us: their defense is departed from them, and Jehovah is with us: fear them not” (Numbers 14:7–9).

However, at that time, a great many Israelites blindly listened to the evil report most people brought back, yet they didn’t believe the good report Joshua and Caleb brought to them. They even thought that both of them intended to lead the Israelites into a land of death, so they wanted to stone them to death. 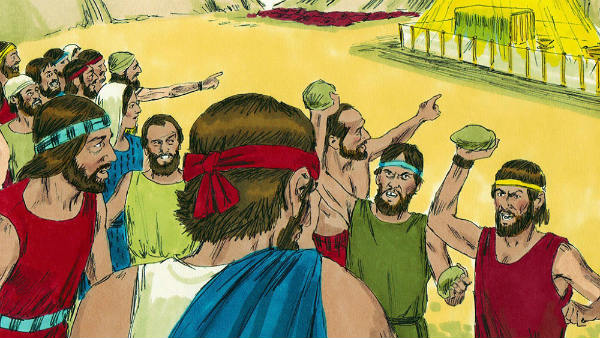 Then Jehovah God said to Moses: “How long will this people provoke me? and how long will it be ere they believe me, for all the signs which I have showed among them? I will smite them with the pestilence, and disinherit them, and will make of you a greater nation and mightier than they” (Numbers 14:11–12). In the end, the people who spread the evil report all died from pestilence. Moreover, the people who followed them also died in the wilderness.

Though the Jewish chief priests, scribes, and Pharisees saw that the Lord Jesus was authoritative and powerful, yet because of the fact that the Lord Jesus’ work went beyond the law, and didn’t fit in with their notions and imaginations, they wantonly made up rumors about and maligned, judged and blasphemed the Lord Jesus. They played the role of the people who spread evil reports. The common Jewish people listened to their evil reports, and accompanied them in doing evil and nailing the Lord Jesus to the cross. Their evil deeds triggered God’s wrath. In the end, they were punished by God. Yet the disciples of the Lord Jesus were able to follow Him, and despite the cruel persecution of the Roman government, they spared nothing in sacrificing their lives to spread the gospel of the Lord Jesus. Although only a few people spread good reports, God’s work was accomplished all the same and the gospel of the Lord Jesus spread to the ends of the earth. Those who spread good reports and those who listened to and believed them ultimately received God’s blessings.

From these historical facts it is not hard to see that each time when God’s work comes upon mankind, there are two camps arising: one spreading the evil report, and the other spreading the good report. There are always a few people spreading good reports, but many spreading evil reports. Many people have no truth, can’t discriminate between good and evil, black and white, and thus often follow the evil report the majority of people bring and reject the good report told by a minority of people. However, good is repaid with good, evil with evil. Over the ages, those who spread evil reports and those who had no discernment and followed them were all subjected to deserved punishment and retribution. Yet those who spread good reports and those who listened to God’s good news were all blessed by God.

Let us look back on history and ask ourselves: If we encounter similar things, will we be able to discern what the evil report is and what the good report is? How should we choose which to believe?

Tags: Bible Study on the Life of Moses
Previous

What is the meaning of “no one knows the day or the hour”?

We all hope to welcome the Lord’s return. Nowadays, the four blood moons have already appeared; earthquakes, famines, plagues and all sorts of other disasters are becoming more and more frequent. The prophecies of the Lord’s second coming have basically been fulfilled. And there are many people who are publicly testifying online that the Lord […]

On Faith in Lord, Shall We Be Subject to the Higher Powers?

I am a co-worker of a house church. Since our church has refused to join the Three-Self Church, we are restricted and persecuted by the Chinese Communist government frequently. So we go and gather in the mountains in order to avoid being arrested. Today, after my family and I had prepared everything, we disguised ourselves, […]

Who Can Make Us the Overcomers?

Slowly, I walked on the way back home, looking at the falling leaves and the yellow weeds along the road, the misery in my heart increasing. The Lord didn’t come back in the year 2000 as we wished, which was a heavy blow to me, and my faith still hadn’t recovered. A week ago, I […]

One day, after a meeting, a sister asked me, “Brother, the Lord Jesus said, ‘No man puts a piece of a new garment on an old; if otherwise, then both the new makes a rent, and the piece that was taken out of the new agrees not with the old’ (Luke 5:36). Do you know […]