What Could We Learn From Woman at the Well?

Many people are surely familiar with the story about the Samaritan woman. When drawing water, the Samaritan woman ran into the Lord Jesus who asked her for a drink. In conversation with Jesus, she recognized that He was the coming Messiah in prophecy. 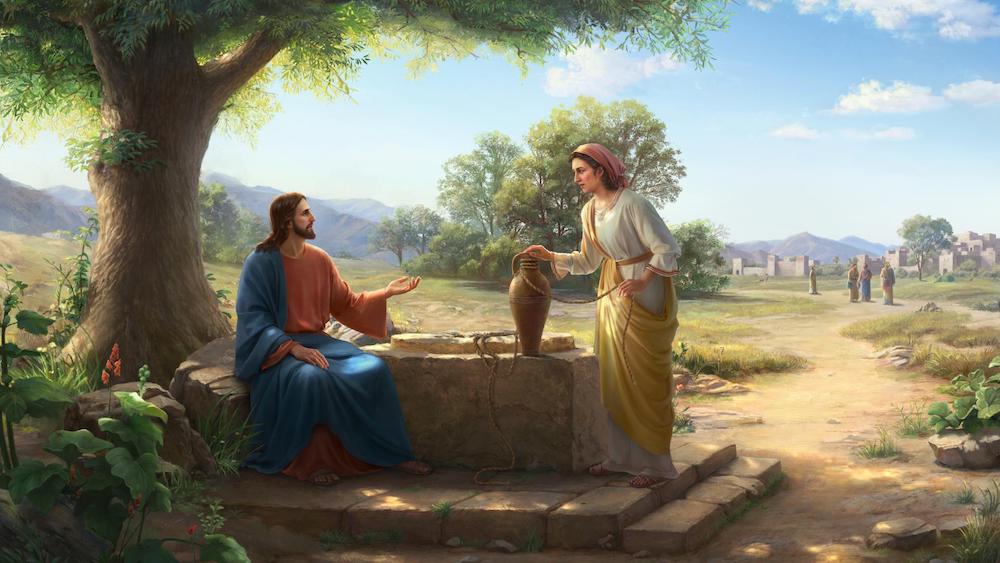 As an ordinary woman, she neither had much knowledge of the Scriptures, nor had she been in touch with high-level people in the religious world, but she could recognize the voice of God. It takes our breath away! During the three and a half years when the Lord Jesus did His work on earth, plenty of people kept His company for a short time. At the same time, He was also gracious to many people. However, how many people could really recognize that He was Messiah? And how did the Samaritan woman recognize Him?

It’s recorded in the Bible: “Jesus said to her, Go, call your husband, and come here. The woman answered and said, I have no husband. Jesus said to her, You have well said, I have no husband: For you have had five husbands; and he whom you now have is not your husband: in that said you truly. The woman said to him, Sir, I perceive that you are a prophet. Our fathers worshipped in this mountain; and you say, that in Jerusalem is the place where men ought to worship. Jesus said to her, Woman, believe me, the hour comes, when you shall neither in this mountain, nor yet at Jerusalem, worship the Father. You worship you know not what: we know what we worship: for salvation is of the Jews. But the hour comes, and now is, when the true worshippers shall worship the Father in spirit and in truth: for the Father seeks such to worship him. God is a Spirit: and they that worship him must worship him in spirit and in truth. The woman said to him, I know that Messiah comes, which is called Christ: when he is come, he will tell us all things. Jesus said to her, I that speak to you am he. … The woman then left her water pot, and went her way into the city, and said to the men, Come, see a man, which told me all things that ever I did: is not this the Christ?” (John 4:16-26, 28-29).

After the Lord Jesus spoke the Samaritan woman had five husbands, she got quite a shock, for no one knew what she had done in the dark. For this reason, she believed He was not an ordinary man but a prophet. After that, she took her confusion in her heart out of her mouth; that is, where should believers worship God, in mountain or in Jerusalem? And exactly how should man worship God? The Lord Jesus made her know that man should worship God neither in the mountain, nor yet at Jerusalem. Besides, He clearly told her, “when the true worshippers shall worship the Father in spirit and in truth: for the Father seeks such to worship him.” Having heard these words, she recognized that the Lord Jesus was the coming Messiah in prophecy. This just fulfilled the word of the Lord Jesus: “My sheep hear my voice, and I know them, and they follow me” (John 10:27). Only God’s sheep can understand God’s voice.

As can be seen from the words of the Samaritan woman, the reason why she was able to recognize the Lord Jesus was not merely that she took prophecies as a proof, but that she had understanding of God’s words bearing authority and power. When the Lord Jesus came out with her having had five husbands, it was clear to her that none could speak these things, for only God searches people’s hearts and can supply man’s spiritual needs. People of that time were unclear about how to worship God. A word of the Lord Jesus solved their confusions and pointed out the path of worshiping God.

Therefore, she immediately laid down her water pot, and went into the city to testify to the Lord. She was wise, for she listened to the Lord’s words with heart and thereby recognized Him. We should also pay attention to hearing God’s words like the clever Samaritan woman. Only in this way can we welcome the Lord, just as the Lord’s words say, “My sheep hear My voice, and I know them, and they follow Me” (John 10:27).

How Should We Prepare Oil to Be Wise Virgins?

How Should We Welcome the Lord When He Knocks on the Door?

The Ethiopian Eunuch Accepting the Gospel

What Does the Lord Want to Remind Us Through “One Greater Than the Temple”?

What Does Rest Mean in the Old and New Testament and the Revelation?

The word “rest” literally means to relax in peace; it also implies people’s mourning for the dead. In the Bible, the word “rest” appears over two hundred times. So, what on earth is the meaning of “rest” in the Bible? The word “rest” first appears in the Book of Genesis 2:1–3: “Thus the heavens and […]

When I got up early in the morning, I said a prayer, then opened up the Bible and read the following: “And, behold, one came and said to Him, Good Master, what good thing shall I do, that I may have eternal life? And He said to him, Why call you Me good? there is […]

A gust of autumn wind blew through, sweeping up the fallen leaves in the yard. Sitting by the window, I frowned and pondered over these verses, “Behold, the days come … that I will send a famine in the land, not a famine of bread, nor a thirst for water, but of hearing the words […]

Speaking of the Bible, each of us shows great respect to it. For thousands of years, no other book can take its sacred place in the hearts of us Christians. Since I began to believe in the Lord, the pastors and elders have always told us, “The Bible is the only standard for our belief […]