God’s destruction of Sodom in Genesis 19:24-25 expresses God’s righteousness and majesty. Sodom was a city full of feasting and revelry with music and dancing night after night. The people of Sodom lived in evil lusts, promiscuity and corruption, unable to free themselves. No one sought the true way, no one yearned for the light, and, moreover, no one was willing to walk away from the mire of sin. What’s even worse, when they learned of two messengers’ coming to Lot’s place, they surrounded there and wanted to catch and harm the two messengers. They were so evil. Furthermore, it exposed their substance of being hostile to God.

God says, “A humanity had become corrupt to the extreme. They did not know who God was or where they had come from. If you mentioned God, these people would attack, slander and blaspheme. Even when God’s servants had come to spread His warning, these corrupt people not only showed no signs of repentance; they did not abandon their wicked conduct. To the contrary, they brazenly harmed God’s servants. What they expressed and revealed was their nature and substance of extreme enmity toward God. We can see that these corrupt people’s resistance against God was more than a revelation of their corrupt disposition, just as it was more than an instance of slandering or mocking stemming from a lack of understanding of the truth. Neither stupidity nor ignorance caused their wicked conduct; it was not because these people had been deceived, and it was certainly not because they had been misled. Their conduct had reached the level of flagrantly brazen antagonism, opposition and uproar against God. Without a doubt, this kind of human behavior would enrage God, and it would enrage His disposition—a disposition that must not be offended. Therefore, God directly and openly released His wrath and His majesty; this is a true revelation of His righteous disposition.”

God hates evil. The people of Sodom had been at the very height of wickedness. Therefore, God was determined to destroy them. This is the manifestation of God’s righteous disposition. Share one more passage of God’s words so that we can know more about God, “God sends forth His wrath because unjust, negative and evil things obstruct, disturb or destroy the normal activity and development of just and positive things. The goal of God’s anger is not to safeguard His own status and identity, but to safeguard the existence of just, positive, beautiful and good things, to safeguard the laws and order of humanity’s normal survival. This is the root cause of God’s wrath.” 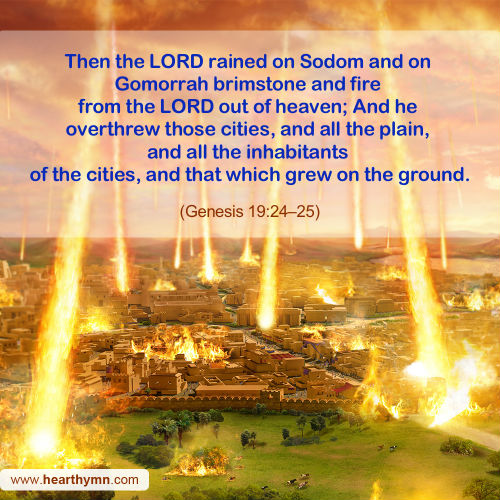 Jesus Warned Them Not to Tell Anyone - Matthew 9:30

Preach the Gospel to Every Creature - Mark 16:15

Do you know the disposition of the Lord Jesus? He is not only a merciful God but a wrathful God. In this article, you will know for what reason God will be angry and for what reason He will be merciful.

God Himself, the Unique II

God’s Righteous Disposition Now that you have listened to the previous fellowship about God’s authority, I am confident that you are equipped with qui…