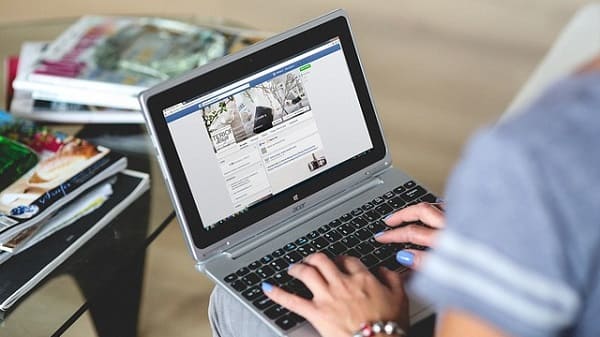 After eating breakfast, Yeqi turned on her computer and logged on to Facebook. She looked up her friend Lina’s account, and as her fingers clattered across the keyboard, she asked, “Are you online? There’s a question I’d like to talk to you about. This morning, as I read my devotional, I came across this verse, ‘Many will say to Me in that day, Lord, Lord, have we not prophesied in Your name? and in Your name have cast out devils? and in Your name done many wonderful works? And then will I profess to them, I never knew you: depart from Me, you that work iniquity’ (Matthew 7:22–23). I’ve been thinking about the Lord’s words, and I’m a little confused. Why did the Lord say that those who prayed, preached, cast out devils, and did wonderful works in His name not only didn’t have the Lord’s approval, but that the Lord actually called them workers of iniquity? What’s going on here? I realize that, in the past, just like these people, I’ve traveled to spread the gospel through wind and rain, enthusiastically expended for the Lord, and given a tenth of my earnings as tithes. I thought this was doing God’s will, and that I would ultimately receive the Lord’s approval. But now, I’m really not sure about these questions, and I don’t know how I should look at the issue.”

Shortly, a notification sounded on the computer, and Yeqi saw that Lina had sent a message. She quickly opened it. It said, “I just came online and saw your message. You’ve asked a very important question, one directly related to whether we can gain the Lord’s approval and enter the kingdom of heaven. But, my understanding is very limited, so here I can only tell you a little about my own views, and then we can discuss them.

“Many brothers and sisters in the Lord hold the view that if they can forsake everything to expend for the Lord, suffer and pay a price to spread the Lord’s gospel, and persist in these things to the end, they will gain the Lord’s approval, and when the Lord returns, they will be lifted up to enter the kingdom of heaven. But does this view fit with the Lord’s will? Recall that the Pharisees traveled to the far corners of the earth to spread the gospel, served God in the temple regardless of season, heat, or cold, and did many good deeds. Did they receive the Lord’s approval? It seems not! We all know that even though the Pharisees appeared to suffer greatly and pay a steep price to spread God’s gospel, when God came incarnate in the form of the Lord Jesus to do the work of redeeming mankind, they stood by their own notions and imaginings, resisted and condemned God, and even incited the masses to crucify the Lord Jesus to protect their own status and incomes. This proves that although someone may appear to suffer, pay a price, and do good deeds, it does not represent that they do God’s will, nor does it represent that they know or obey God!

“Then look among we believers in God today. Although many of us forsake our homes and careers, labor and work, travel through wind and rain, and suffer much, are we truly after God’s heart and doing these things out of love for God? Some people believe that if they work for the Lord, He will grant them peace and joy, and ensure their families are safe and well-off. Because their intention is to gain blessings, when they encounter difficulties, trials, and disasters, they misunderstand and blame the Lord, or in serious cases even leave or betray Him. There are others who, as they expend for God, also indulge their fleshly desires, lie and deceive to serve their own interests, only speak about the good aspects of themselves in front of their brothers and sisters, and never tell their true state to anyone, presenting a false, confusing, and deceptive image of themselves. Still others work and give sermons to erect an image and position for themselves. They pursue making others look up to themselves, with the result that they bring others before themselves, and brothers and sisters worship them while having no place for God in their hearts…. How could such people be in accord with God’s will? There are so many impurities within us, yet we still claim to be doing God’s will. Isn’t this hypocrisy? Isn’t it deceiving and blaspheming God? So, the Lord Jesus said, ‘Many will say to Me in that day, Lord, Lord, have we not prophesied in Your name? and in Your name have cast out devils? and in Your name done many wonderful works? And then will I profess to them, I never knew you: depart from Me, you that work iniquity’ (Matthew 7:22–23). By this the Lord means to clearly tell us His will, that He detests the appearance of expending and paying a price which carries all variety of incorrect intentions and impurities.”

Yeqi was very moved when she read Lina’s understanding. Appearing to expend, pay a price, and suffer greatly for the Lord, while having many impurities and incorrect intentions within us—this is our true state! She thought of how she had enthusiastically expended for the Lord and borne much suffering, but she did it to gain the Lord’s blessings, so that the Lord would ensure her family was safe and her career smooth, and that when the Lord returned, she would be lifted up into the kingdom of heaven. When things that went against her wishes happened or her family encountered difficulties, she used the price she had paid as capital to argue conditions with the Lord, blamed the Lord, and rebelled against the Lord. Paying a price and expending this way truly would never gain the Lord’s approval! What the Lord condemned wasn’t the price we paid externally, it was the incorrect intentions in our hearts. Those are what the Lord detests.

After thinking for a while, Yeqi sent Lina a message, “After I read your answer, I was very moved. Now I finally understand why preaching and work for the Lord only brought down His loathing and curses. It’s because there are too many incorrect intentions and impurities within us. When we serve God with intentions and impurities within us, God loathes it, and it doesn’t accord with His will at all. So, how should we practice to gain the Lord’s approval?

Lina answered, “Let’s look at several Bible verses with regard to this question. The Lord Jesus said, ‘Not every one that said to Me, Lord, Lord, shall enter into the kingdom of heaven; but he that does the will of My Father which is in heaven’ (Matthew 7:21). ‘If you continue in My word, then are you My disciples indeed’ (John 8:31). ‘If a man love Me, he will keep My words…. He that loves Me not keeps not My sayings’ (John 14:23–24). ‘You shall love the Lord your God with all your heart, and with all your soul, and with all your mind. This is the first and great commandment’ (Matthew 22:37–38). From the Lord’s words, we see that only those who do the Father’s will can enter God’s kingdom. Truly doing the Father’s will means practicing the Lord’s words, carrying out the Lord’s commandments, expending and working according to the Lord’s requirements, and pursuing love of God and satisfying God in all things. Those who truly do the Father’s will, regardless of whether God’s work and words accord with their own notions, can obey God absolutely, practice according to God’s words, offer up their loyalty to finish what God entrusts to them, not seek to further their personal interests with God, not attempt to trade with God, and risk even their lives to testify God. People like this are in accord with God’s will, and are the people who gain God’s approval.

It’s just like when God asked Abraham to offer up his beloved son to Him as a sacrifice, even though this requirement didn’t fit with his notions, Abraham still obeyed God’s words, didn’t argue, and sincerely offered to return Isaac to God. Abraham had absolute obedience for God. Also like Job, who not only was someone who feared God and shunned evil in his everyday life. When his wealth and children were taken from him during his trials, and he didn’t understand God’s will, he still would rather curse the day of his birth than blame God, and he still glorified God’s holy name. There was no trading or exchange in Job’s worship of God. No matter what God granted or took away, Job was able to continue carrying out God’s teachings—to fear God and shun evil. There was also Peter, who followed the Lord Jesus his entire life, and carried out what the Lord entrusted to him, “Simon, son of Jonas, love you Me? … Feed My sheep” (John 21:16). He remembered the Lord Jesus’ words, pursued love of God and satisfying God in all things, strictly carried out the work of shepherding the church according to the Lord’s will and requirements, and was finally crucified hanging upside-down, obeying unto death and loving God to the utmost. They were all people who genuinely feared and obeyed God, and such people are the ones who truly do the Father’s will. So, doing the Father’s will doesn’t refer to appearing to forsake and expend for God, it means practicing according to God’s words in all things, pursuing love of God and satisfying God, and having absolute obedience and loyalty for God. This is what we should practice and enter into as well.”

Yeqi stared at her computer screen, trapped in thought for a long time. She had never imagined that despite all her years of belief, only today would she discover what it means to do the Father’s will. She was happy to be able to understand this aspect of the truth, but also recognized that there were too many impurities in her work for the Lord. She wishes to betray her incorrect intentions, follow the examples of Job and Peter, seek God’s will in all things, practice according to God’s word, pursue obedience and love of God, and become someone who does the Father’s will. When that thought occurred to her, she sent a big smiley face to Lina …

Are You Doing the Will of God or Resisting Him? 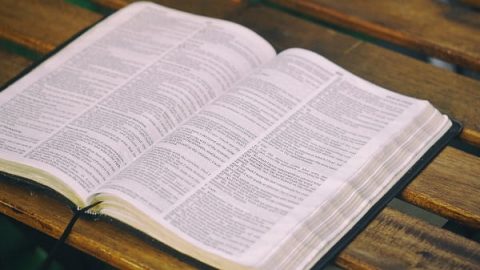 What Exactly is Doing the Will of the Heavenly Father?
Show more

The Fearful Cannot Enter the Kingdom of Heaven

Introduction: The incarnate God is called Christ, and Christ is the flesh donned by the Spirit of God.

God’s Will Being Understood, Cancer Was Cured Miraculously

Five years ago, I was diagnosed with terminal rectal cancer, doctors couldn't help me. God gave me faith and strength, and my cancer was cured miraculously.

Is the Kingdom of God on Earth or in Heaven?