The Duration of the Flood 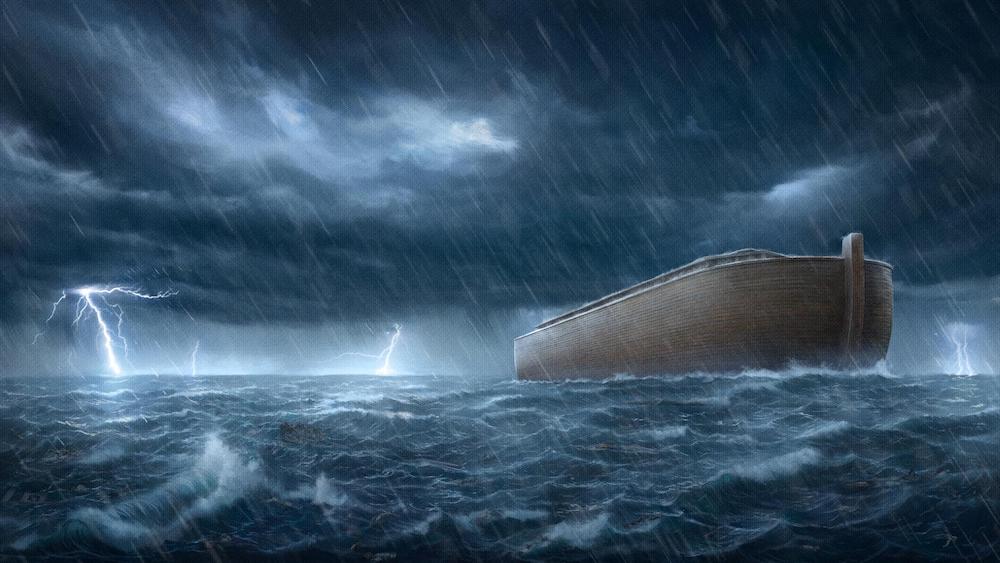 The Ark Rests on Ararat

And God remembered Noah, and every living thing, and all the cattle that was with him in the ark: and God made a wind to pass over the earth, and the waters assuaged; The fountains also of the deep and the windows of heaven were stopped, and the rain from heaven was restrained; And the waters returned from off the earth continually: and after the end of the hundred and fifty days the waters were abated. And the ark rested in the seventh month, on the seventeenth day of the month, on the mountains of Ararat. And the waters decreased continually until the tenth month: in the tenth month, on the first day of the month, were the tops of the mountains seen.

Noah Sends a Raven and a Dove

And it came to pass at the end of forty days, that Noah opened the window of the ark which he had made: And he sent forth a raven, which went forth to and fro, until the waters were dried up from off the earth. Also he sent forth a dove from him, to see if the waters were abated from off the face of the ground; But the dove found no rest for the sole of her foot, and she returned to him into the ark, for the waters were on the face of the whole earth: then he put forth his hand, and took her, and pulled her in to him into the ark. And he stayed yet other seven days; and again he sent forth the dove out of the ark; And the dove came in to him in the evening; and, see, in her mouth was an olive leaf plucked off: so Noah knew that the waters were abated from off the earth. And he stayed yet other seven days; and sent forth the dove; which returned not again to him any more.

A Tree Recognized by its Fruit - Matthew 12 33 Either make the tree good, and his fruit good; or else make the tree corrupt, and his fruit corrupt: for the tree is known by his fruit. 34 O generation of vipers, how can you, being evil, speak good things? for out of the abundance of the heart the […]

The Parable of the Mustard Seed - Matthew 13 31 Another parable put he forth to them, saying, The kingdom of heaven is like to a grain of mustard seed, which a man took, and sowed in his field: 32 Which indeed is the least of all seeds: but when it is grown, it is the greatest among […]

The Cost of Following Jesus (Matthew 8:18-22) Now when Jesus saw great multitudes about him, he gave commandment to depart to the other side. And a certain scribe came, and said to him, Master, I will follow you wherever you go. And Jesus said to him, The foxes have holes, and the birds of the air have […]